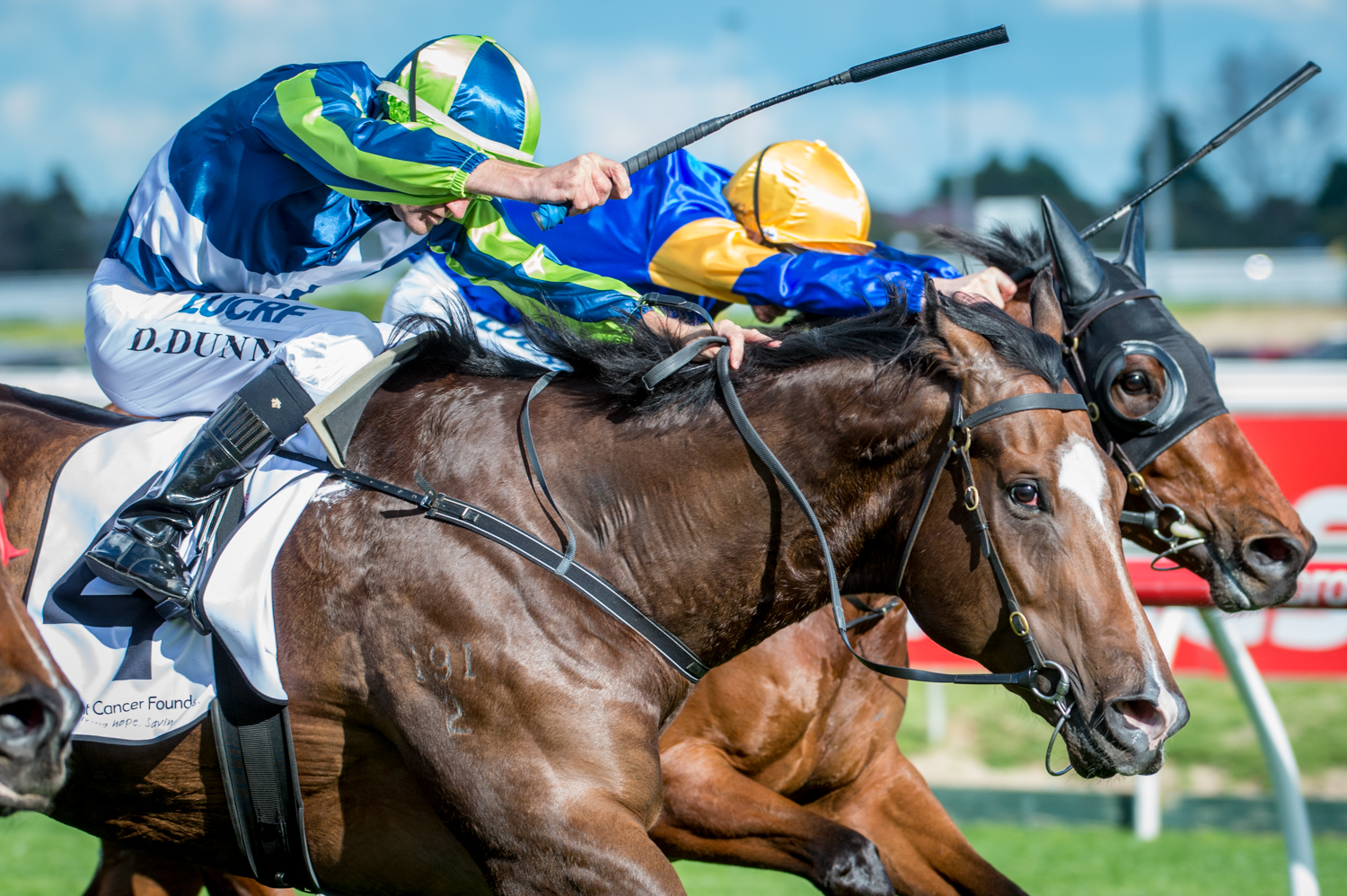 A long-time association with Lindsay Park Racing and a roving eye for rising talent has again proven to be a winning combination for, Mark Pilkington, who cheered on as Keen Array added to his array of black type success in Saturday’s Listed Fight Cancer Testa Rossa Stakes at Caulfield.

Keen Array, a 4YO gelding by Bel Esprit from Moorea, had originally been passed in at the 2014 Inglis Melbourne Premier Yearling Sale and, as a consequence, breeder, Oliver Wong, decided to race the horse himself. Sadly the owner, who had also raced 2015 Australian Oaks winner, Gust of Wind, passed away after Keen Array had just two starts.

“I had seen Keen Array at Lindsay Park a few times and was really quite impressed with him,” Pilkington explains. “So, when the opportunity came up to purchase the horse I didn’t hesitate and formed a syndicate with some good friends. It’s been a good result.”

It certainly has. Keen Array’s victory in the Testa Rossa Stakes was by no means resounding and co-trainer, Tom Dabernig, later quipped that the “winter coat was probably the difference” in the tight finish, but Keen Array clearly got the job done and now has five wins and four placings from his 13 outings for $598,050 in stakes.

Keen Array was also winner of the Listed Blue Sapphire Stakes at Caulfield last October and backed it up a fortnight later with a fast finishing second behind Japonisme in the Group One Coolmore Stud Stakes on Derby Day.

In what may be a portent for national racing and breeding, Keen Array also carries the increasingly familiar silks of Darren Thomas’ Seymour Bloodstock.

“Darren is CEO of Thomas Foods International, Australia’s largest meat processing company, and he is an avid investor in the Australian thoroughbred industry,” Pilkington points out. “Darren is also a partner in my Horse Training Packages company and, aside from Keen Array, he also races Don’t Doubt Mamma and He’s Our Rokkii.”

It’s certainly been a big couple of weeks for Pilkington/Thomas with Don’t Doubt Mamma taking her black type tally to four with a win in the previous Saturday’s Group Two Let’s Elope Stakes at Flemington, while dual Group winner, He’s Our Rokkii made it a Caulfield double for Pilkington’s packages when scoring two races on from Keen Array.

“The business is certainly going along very nicely,” Pilkington confirms. “Last season we had 20 three year olds on our books … 18 of those raced for 16 individual winners and five of those won at black type level. Aside from Keen Array, Don’t Doubt Mamma and He’s Our Rokkii, there’s further stakes winners in Extra Choice and Risque, while we also race Group Two winner, He Or She.

“We’re obviously very pleased with how the Horse Training Packages product has developed and are in the process of appointing a new national manager to take it to a broader market in the months and years ahead.

“It’s all about sustainable racing and that means a focus on improving the viability of both trainer and owner. The key is to offer transparent, fixed price training without any surprises.”

That said, horses like Keen Array are always the right kind of surprises!

Erinvale Thoroughbreds’ John Kenneally wasn’t all that surprised when Keen Array was passed for just $25,000 in Melbourne: “He was foaled and raised at Coolmore in the Hunter Valley and was a lovely bodied horse, but wasn’t great in front and a little close at the knees. I thought that would end up holding him back a bit, but there was a lot to like about the horse despite that. It just goes to show you that a few issues don’t hold the good ones back.”

Coolmore Australia was the ‘source’ for another stakes winner on Saturday too with Winx also raised on the property.

“It was a very good day for the farm as both Winx and Keen Array, as well as Denpurr, were foaled and raised here,” Coolmore Australia’s Stud Manager, Jim Carey, reveals. “Keen Array was part of a particularly strong crop and would have shared paddocks with the likes of Vancouver, Pride Of Dubai, Japonsime and Rangipo as a foal. The team on farm enjoy following the graduates: there’s a lot of pride in the success of our horses and it’s a real team effort.”