Pre-race Jitters No Problem For English 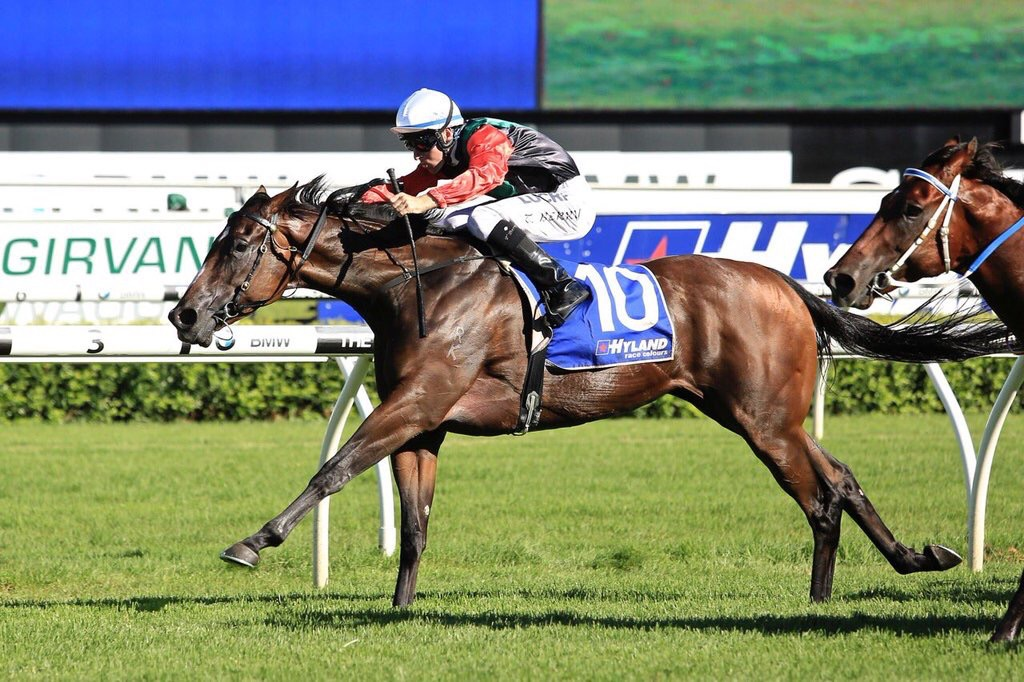 The Group 1 Galaxy (1100m) and $2 million TJ Smith Stakes (1200m) are her next two targets but owner Richard Kelly is hoping she can improve her pre-race manners in the interim.

The daughter of Encosta De Lago was noticeably agitated in the mounting enclosure but it mattered little as she roared late to win the weight-for-age Group 2 event.

“Watching her parade, I thought she had no hope,” Kelly said.

“But Gai (Waterhouse) assures me that her manners will be addressed and we will see an improved filly next start.

“We’ve always thought she was a high-class sprinter and there aren’t many options for three-year-old fillies to stay in their own class unless you step them up in distance.

“She is quite brilliant at the short distance and it was pleasing to see her win as well as she did last weekend.”

English’s dam Court was a multiple stakes winner for Newhaven Park but her progeny won’t be among their draft for the upcoming Inglis Australian Easter Yearling Sale.

“Court has a lovely Redoute’s Choice weanling on the ground and is in foal to Snitzel so hopefully we can get another one as good as English,” Kelly said.

Newhaven Park have 21 yearlings to be sold at the Inglis Australian Easter Yearling Sale and Kelly believes it is their best draft in years.

“It has been a few years since we have had a draft at Easter as good as this in my opinion,” he said.

“I think the best colt we’ve got is Media’s Fastnet Rock colt.

“We’ve also got a High Chaparral colt out of Offer that should be popular.

“And the best filly I believe is the Redoute’s Choice out of Fashion.”