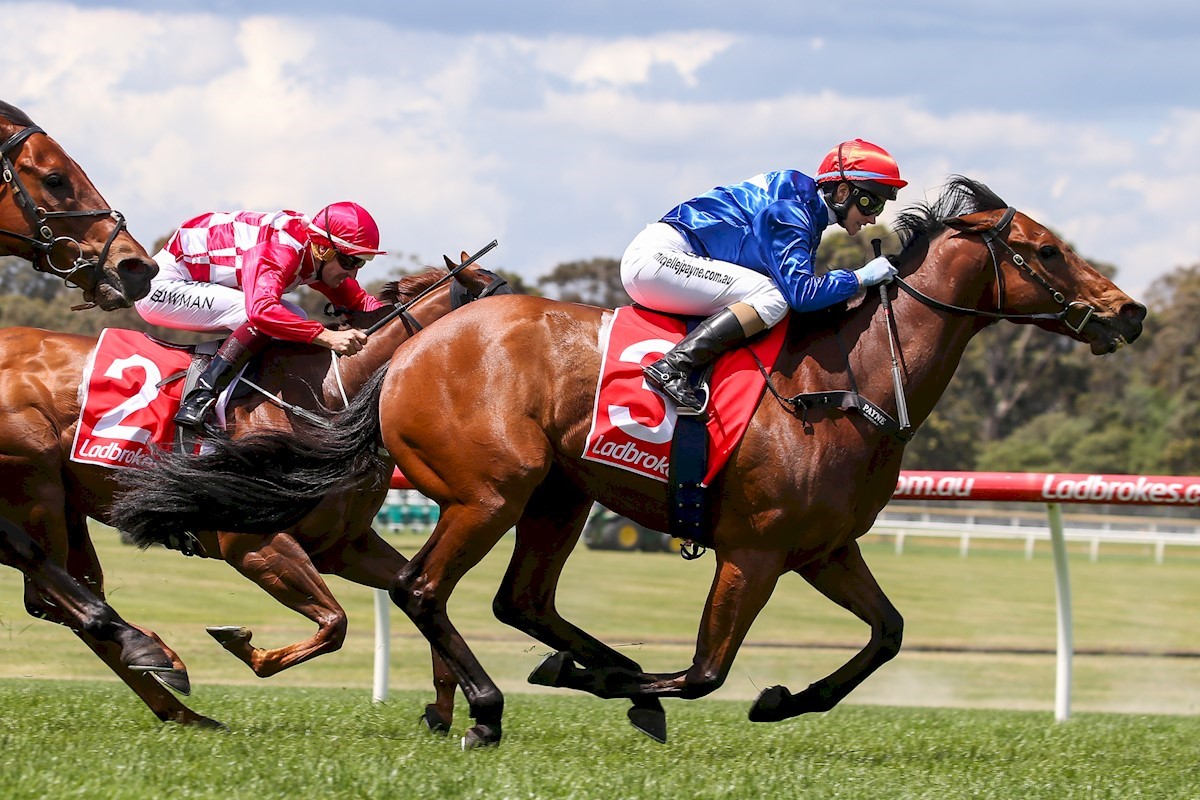 If there’s one stallion that Joe O’Neill doesn’t need to be sold on, it’s Husson.

The founder of successful syndication company, Prime Thoroughbreds, O’Neill is a huge fan of the Vinery-based stallion and, indeed, has nine of Husson’s progeny on his books.

On Saturday, Husson Eagle added another stakes winner to his sire’s tally by capturing the Listed OTI Racing Doveton Stakes at Sandown and taking his earnings to $913,218 from just 19 starts.

“I inspected Husson Eagle at the 2013 Adelaide Magic Millions and, like most of the Hussons, he was a real stand out,” O’Neill explains. “He ended up being knocked down for only $42,500 which I thought was great value at the time, but even better value now!

“It’s a really great syndicate of owners too. Some of the people that are in him have been good mates of mine for over 30 years while there’s also three or four clients that are new to racing.

“The business (Prime Thoroughbreds) must be going well because we’ve introduced over 100 new clients in the last 18 months.

“We’ve got a lot of young horses coming through, but of the 41 current four-, five- and six-year-olds that Prime has syndicated, 40 of those have raced and 36 have won including Husson Eagle and (stakes winner) Hijack Hussy.

“Husson Eagle is likely to have one more run in Victoria before heading to Queensland where there is a Listed race over 1000m on New Year’s Eve. He’ll then be set for the Magic Millions carnival in January and, with any sort of luck, double up on his victory in the Magic Millions Sprint earlier this year.”

And while O’Neill is more than prepared to put his money where his clients are when it comes to Husson, he’s far from being a lone disciple.

Indeed, Husson – a Group One winner in South America and now sire of 10 stakes winners – made it a black type double at Sandown with Lucky Hussler also stepping up in the Group Three Kevin Heffernan Stakes.

It was the first win for Lucky Hussler since his Magic Millions Cup victory in January but his ninth overall in a career that secured nearly $2 million in prizemoney with dual success at Group One level in the William Reid and Toorak Handicap.

Not surprisingly, Vinery’s Adam White is extremely happy with the stallion’s progress: “Husson is proving to a great outcross to the large population of mares we have featuring Danehill in their pedigree,” White points out. “And he is working extremely well with this line of mare.

“It’s also interesting to see that Lucky Hussler and Husson Eagle are making a habit of winning on the same card having both won on the rich Magic Millions day in January.

“That’s good timing as well given that the Husson stock are increasing in popularity at the sales. When you have them in the draft they are all well looked at because they are just such genuine types.”