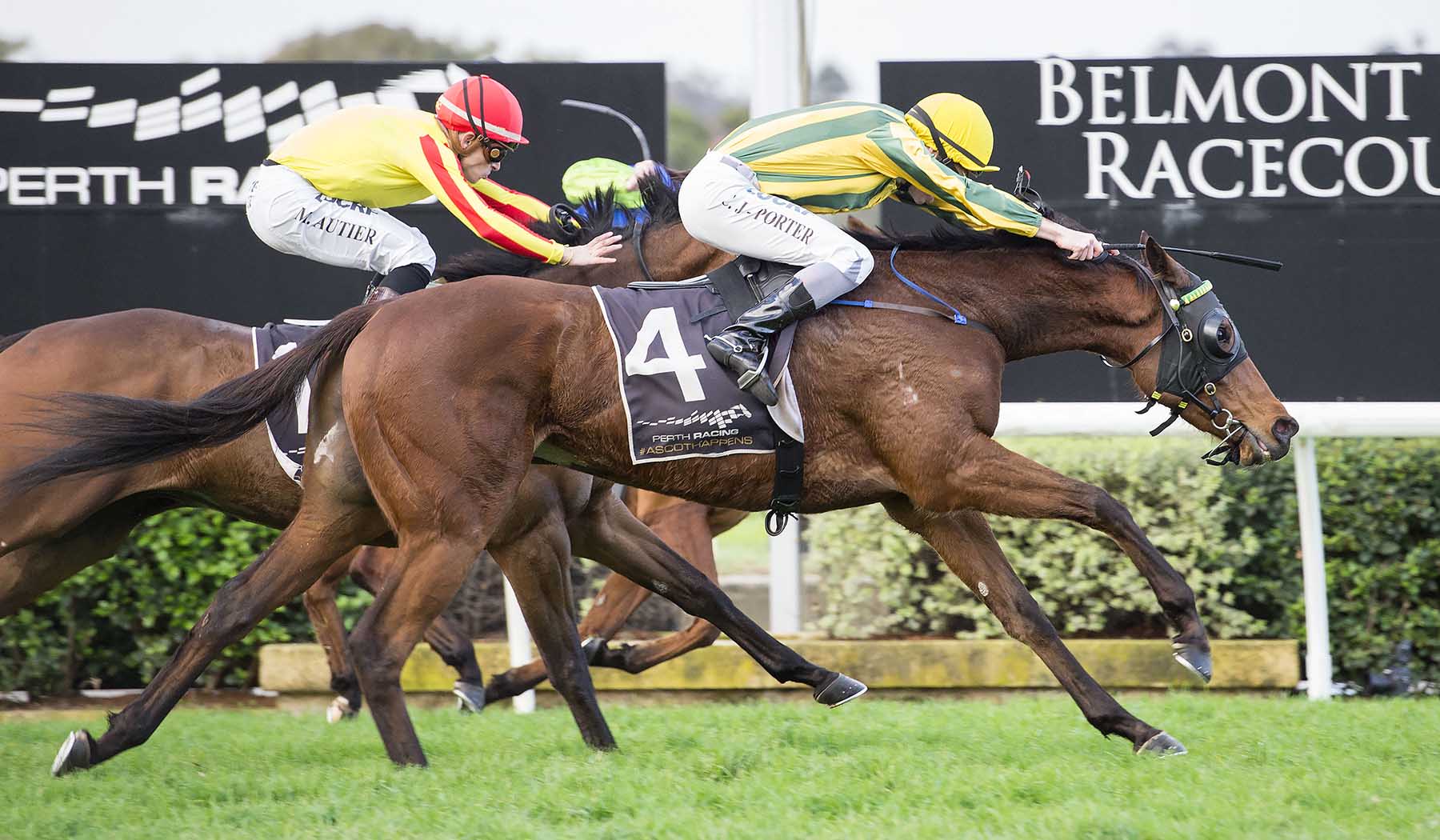 When turning for home in Saturday’s Listed Belmont Classic over 2200m at Belmont, chances are you were glad you hadn’t backed Jackpot Prince.

Opening at $6.50, the Geoff Durrant and Jason Miller trained galloper had drifted to $10 by post time, but looked a $100 shot by the time they entered the straight … still well shy of the second last horse.

Yet, in one of the most thrilling finishes to a Perth black type in some time, Jackpot Prince spread wings, first having to swing outside after a gap had quickly closed at the 400m and then powering over the final 50m to get home by a head.

“I thought he’d run fifth, maybe fourth at best, after he got that far back,” co-trainer, Miller, points out, “but then he balanced up and really lengthened stride.”

Now with four wins – the Belmont Classic was his first at stakes level – Jackpot Prince came into the race fresh from a third in the Listed Aquanita Stakes over 2000m a fortnight earlier.

“He can stay all day and the extra 200m suited on Saturday,” Miller adds. “He looks a decent stayer in the making and could easily develop into a Perth Cup horse.”

Jackpot Prince becomes the 15th stakes winner for Vinery Stud based, Casino Prince, whose own son and barnmate, All Too Hard produced his first stakes winner at the end of June via nifty 2YO, Curdled.

Jackpot Prince, meanwhile, is out of the Galileo mare, Transit of Venus and was bred by Greenfields Lodge in Western Australia.

Offered at the 2014 Perth Magic Millions Autumn Thoroughbred Sale, Transit of Venus was sold – with Jackpot Prince at foot – for $3,500 to Geoff Durrant: a very astute purchase given that Jackpot Prince took his earnings to $108,075 after Saturday.

Leasing out the mare for a year to Scenic Lodge, Transit of Venus was put in foal to Black Heart Bart’s sire, Blackfriars, and the subsequent yearling was actually purchased by Durrant at this year’s Perth Magic Millions for $22,000.

“Geoff obviously knew that Jackpot Prince had plenty of ability and was quick to snap up the yearling,” Scenic Lodge’s Jeremy Smith explains.

Transit of Venus missed the following year, but according to Smith is now back in foal to Blackfriars.