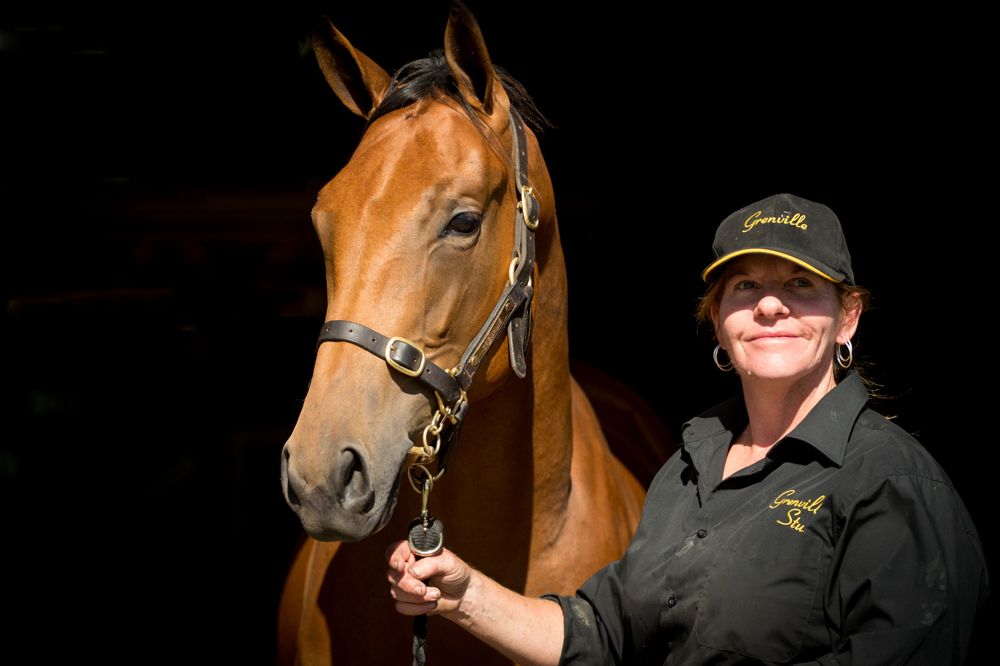 Tasmanian owner/breeder/trainer, Graeme McCulloch, has been taking horses – under his Grenville Stud banner – to the Tasmanian Yearling Sale for close to 40 years.

There have been a lot of gavels to the wood during that time but McCulloch reckons his home state’s sale has gone ahead in leaps and bounds in the past couple of years.

Run by Magic Millions, the Gold Coast based auction house has worked in closely with the Tasmanian racing industry in recent times and, as a consequence, the profile of the sale has lifted considerably.

So too the average and top prices. Indeed, the previous mark of $115,000 for the top lot was smashed at the 2017 chapter in Launceston last Thursday when a half sister (by Snippetson) to stakes horse, Kenjorwood, was knocked down for $160,000.

Leigh Winwood, a part-owner of Kenjorwood, eventually won out despite some spirited competition from Star Thoroughbreds’ Denise Martin and Melbourne trainer Henry Dwyer.

McCulloch, who is also the breeder of 3-time Group One winner and New Zealand Horse of the Year, Mongolian Khan, bred the sale topper who was among 16 lots presented by Grenville Stud.

“The sale has definitely lifted – especially in the last couple of years – and full marks to Magic Millions and the Tasmanian industry who have increased their investment substantially,” McCulloch reveals.

“The quality of yearlings has improved dramatically and, as a consequence, we’re getting more and more buyers from the mainland.

“That said, the top three Grenville lots were all sold to locals, but they wouldn’t have made that money without the underbidders from interstate pushing them along.

“Hopefully the sale will continue to grow in the years to come.”

Buyer, Winwood, admits to being pushed beyond the ‘anticipated’ budget, but said his new purchase “has great presence and is a real free flowing filly … very athletic and everything you look for in a horse.

“Sure, we went well over what we thought we’d have to pay, but we just wanted to buy her. As they say, you should buy the one you love, not the one that’s left.”

“To hold our mark on what was a spectacular sale last year is a fabulous result for the Tasmanian breeders,” Magic Millions Managing Director Vin Cox adds. “It has become evident that mainland buyers are zeroing in on this sale and with good reason following the outstanding racetrack success of previous graduates.”