Trying To Throw A Rock At A Glasshouse 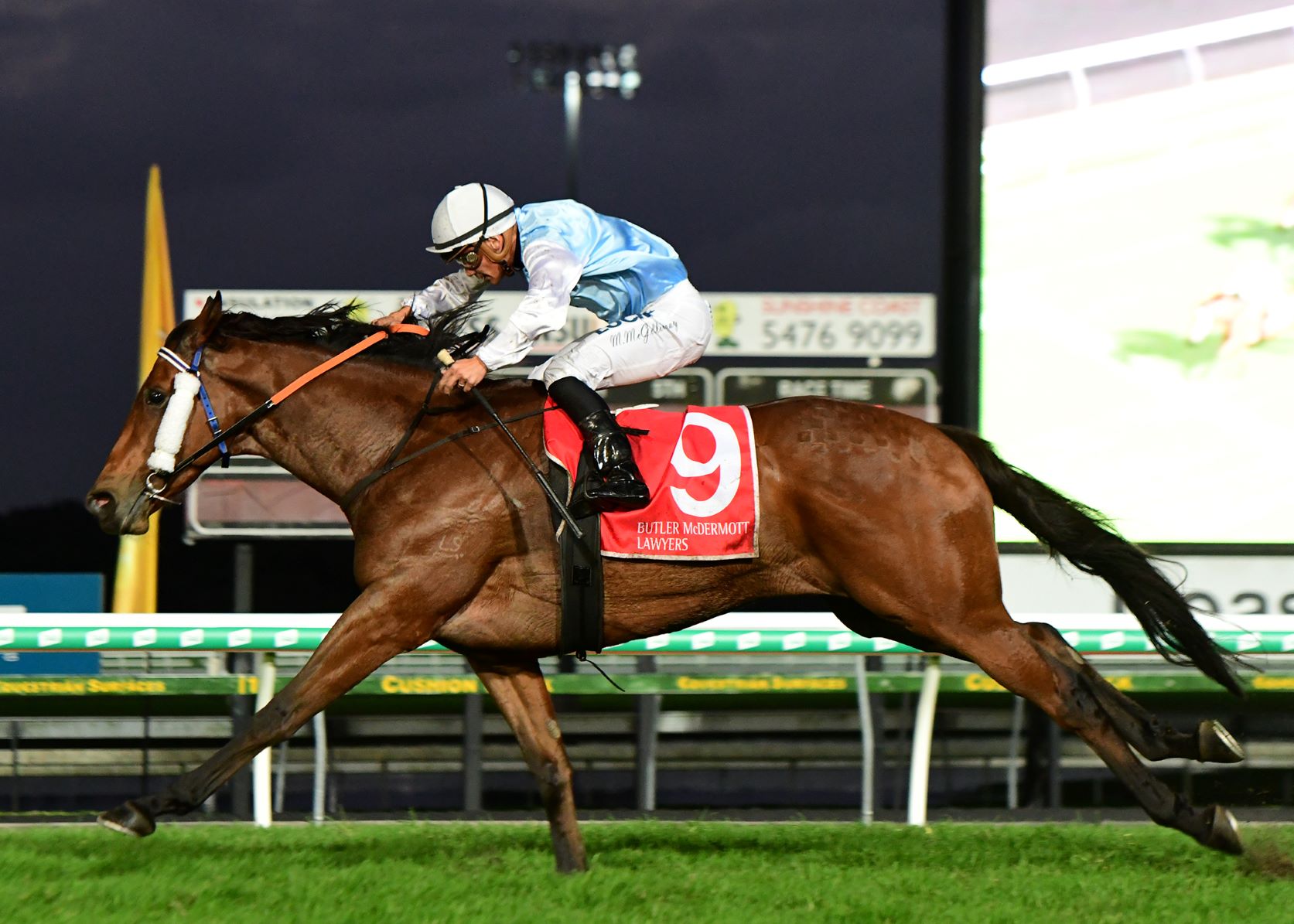 Breeder, Albert Chiu, was aiming to breed the next Fastnet Rock when he sent his Royal Academy mare, Royal Yangtze to Hidden Dragon in the spring of 2012.

A lofty aim to be sure and, while the result of that aspiration – River Racer – is unlikely to attain such heights, the rising 6YO mare nevertheless produced a blinder to capture Saturday’s Listed Oaks Hotels Resorts & Suites Glasshouse Handicap over 1400m at the Sunshine Coast.

It was some performance. Indeed, the Les Ross trained mare definitely lived up to her name by ploughing through the Heavy 10 to record a resounding victory – her first at stakes level and fifth win overall.

Raced by Chiu’s wife, Lesley Ung, River Racer has now won $528,525 in stakes, with her resume including placings in the Listed Calaway Gal at two, Group Three Vo Rogue, Listed Mick Dittman and Listed Bright Shadow, plus a third in last year’s Glasshouse.

“That was a tremendous – and deserved – result for Albert and Lesley,” enthused, Jeff Kruger, who stands both Danehill’s Hong Kong Group winner, Hidden Dragon and Royal Yangtze at his family’s famous Queensland nursery, Lyndhurst Stud.

“Albert and Lesley purchased Royal Yangtze for $10,000 at the (2012 Magic Millions) National Broodmare Sale and Albert said to me he was very keen to breed another Fastnet Rock, given that the stallion is by Danehill out of a Royal Academy mare.

“Well, River Racer was a filly and, when he sent the mare back to Hidden Dragon the next year he ended up with another filly (River Flyer, winner of four races). Albert finally got a colt with River Rocket, who is an unraced 2YO, while the mare produced a Sizzling colt – named Sizzling River – in 2017. Royal Yangtze foaled down another Hidden Dragon filly last spring and is currently in foal to Better Than Ready.

“Les (Ross) trains the three Hidden Dragon ‘Rivers’ and has also got Sizzling River in the stable.”

The Eagle Farm based, Ross, meanwhile was over the moon with getting the breakthrough black type victory for River Racer.

A trainer for 31 years, Ross has saddled up juvenile Group winner, Mishani Honcho, Brisbane stakes winner, Mishani Warrior and – 17 years ago to the day – the Sunshine Coast Guineas winner Smart Chariot, but believes River Racer is the pick of the bunch.

“She (River Racer) has been through a lot,” Ross explains. “Had a couple of bone chips and that’s why she prefers racing on soft ground. I was fairly confident River Racer would win on Saturday, but if the race had been over 1200m, I would have had the house on it! She’s going terrific. She’ll head off to the paddock now for a few weeks and I’ll bring her back and get her ready for the big Magic Millions races in December and January.”

Ross trained up to 60 horses at one stage, but has scaled back to 18 in work and reckons River Racer is holding up his retirement plans.

“I’ve got four really good clients that have been with me for years, including Albert and Lesley, but I’m definitely looking to hang up the stopwatch some time next year,” Ross reveals. “I’m only 55 but want to get out and see a bit of the world before I get too old.

“Then again, if River Racer comes out and wins one of those big Magic Millions races or the unraced full brother (River Rocket) lives up to his early promise, I might have to postpone my trip for a while.”

River Racer becomes the eighth stakes winner for Hidden Dragon, who is gearing up for his 14th season at Lyndhurst.

“He (Hidden Dragon) is getting on a bit, but he still churns out a lot of winners – 64% winners to runners last time I looked,” Kruger points out. “He’s terrific value at $4,400, particularly if that full brother to River Racer comes out and wins a couple of good races.”

Lyndhurst Stud will also stand, in 2019, the prolific Rothesay and Dansili stallion, Champions Gallery, while Kruger has his fingers crossed that boom first season sire, Better Than Ready continues his winning ways.

“Better Than Ready already has 20 individual winners from his first crop and I wouldn’t be surprised if there’s a few more on the way in the last month of the season,” Kruger adds. “I could be wrong but I reckon it’s the most winners for a first season sire since Without Fear broke the record back in the mid 1970s. Right or wrong, it’s still a big effort, especially as there’s others at higher fees with more runners!”