Sheikh’s Run To The Diamond 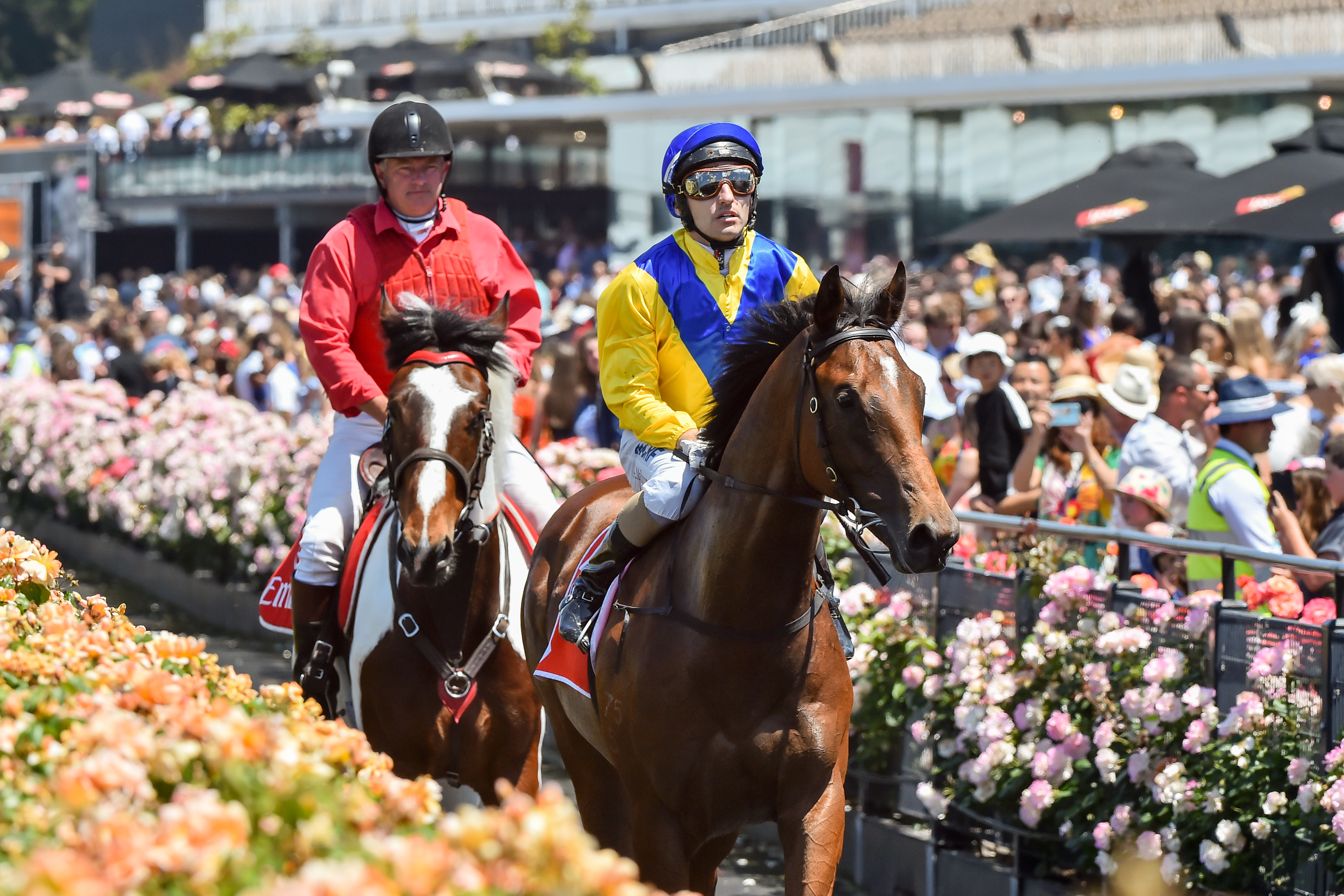 The Tony McEvoy trained 2YO made a relatively inauspicious debut when scoring over 1000m at Bendigo last month, but the Mafki youngster appeared the real thing in the Maribyrnong Plate, producing a withering burst to gather in his rivals after coming from near last at the 400m.

Heady stuff. McEvoy, who has 12 of Sheikh Mohammed bin Khalifa Al Maktoum’s runners in his stable, was buoyed by Run Naan’s performance and said he would “pop him aside and come back for the autumn, obviously with the Blue Diamond in mind”.

“Sheikh Mohammed bin Khalifa Al Maktoum bred this horse and they sent him across to me … and based on his win in the Maribyrnong, they’ve clearly bred a really good colt,” McEvoy enthused. “Flemington is a pretty big stage, but the autumn is the biggest stage for these babies.”

“It was a terrific run … he obviously derived plenty from his debut at Bendigo and since then he’s gone ahead in leaps and bounds,” Stakemire observed. “Adding to his performance on Saturday was that he ran a quicker final 600m than Redzel in the Darley.  He’s now going to the paddock, but Tony will keep him in light work and freshen him up before he comes back for the ($1.5 million Group One) Blue Diamond in February.”

Run Naan is by the Dubawi Two Thousand Guineas winner, Mafki, who has 20 stakes winners to his credit – including New Zealand Oaks winner, Bonneval – but is now standing in Japan.

The family is pure Sheikh Mohammed bin Khalifa Al Maktoum however. While Run Naan traces directly back to the grey superstar, Emancipation, those black typers close up the in pedigree were all bred and raced by Sheikh Mohammed.

Run Naan’s dam, Raneen, is by Perfectly Ready, a More Than Ready stallion who ran third in the Blue Diamond in Sheikh Mohammed’s yellow and dark blue vee, before going on to capture a Group One Goodwood, and, while Raneen never finished better than fifth in four outings, her half sister, Rumya, was a dual Group One winner in South Africa, another half sister in Baadawiya, won both the Group Two Edward Manifold and Group Two Kewney in Melbourne, while yet another half sister – Roobeena – ran second on debut behind Setsuna in the Group Three Ottawa Stakes at Flemington on Cup Day.

Other close relations to Run Naan which were bred and raced by Sheikh Mohammed bin Khalifa Al Maktoum, include Dubai stakes winner, Raihana and Flemington Group winner, Rageese, who finished second to Pride of Dubai in the 2015 Group One ATC Sires’ Produce Stakes.

The dual Group One winner of $1.3 million, Pride of Dubai now stands at Coolmore Australia, while Rageese retired to stud in New Zealand earlier this year. Both are by Winx’s sire, Street Cry.

“Sheikh Mohammed bin Khalifa Al Maktoum is very passionate about his racing and breeding,” Stakemire points out. “He has horses in Europe, North America, Argentina, South Africa, New Zealand and Dubai of course, with approximately 60 racehorses, including 2YOs, in Australia.

“He also breeds from around 50 mares annually in Australia.

“He started racing horses here in Australia some 15 years ago and while he’s had Group One success with horses like Pride of Dubai and Perfectly Ready, he’s obviously very attached to Run Naan’s family. Hopefully Run Naan can add a Group One to the pedigree come February!”

While Stakemire is pleased with the early performances of both Run Naan and Roobeena, he’s also revealed that two of the Sheikh’s major buys from the 2017 Inglis Australian Easter Yearling Sale are making plenty of progress.

Melik, a full brother to 2017 Group Three San Domenico Stakes winner, Pariah, and closely related in blood to dual Group One winner, Melito, made national headlines in April when topping Easter at a whopping $2.5 million.

“I’m very pleased to say that both Melik (Team Snowden) and Al Naifa (Tony McEvoy) are going very well,” Stakemire adds. “Melik is currently having a three week break, while Al Naifa is due to trial on Tuesday morning.”

Based on current form, it might just be that Run Naan ends up with a bit of ‘yellow and blue’ rivalry come the Diamond.

Definitely has a certain ring to it and one thing’s for sure, if Run Naan keeps moving forward like he did on Saturday, his name could well echo through the ages.