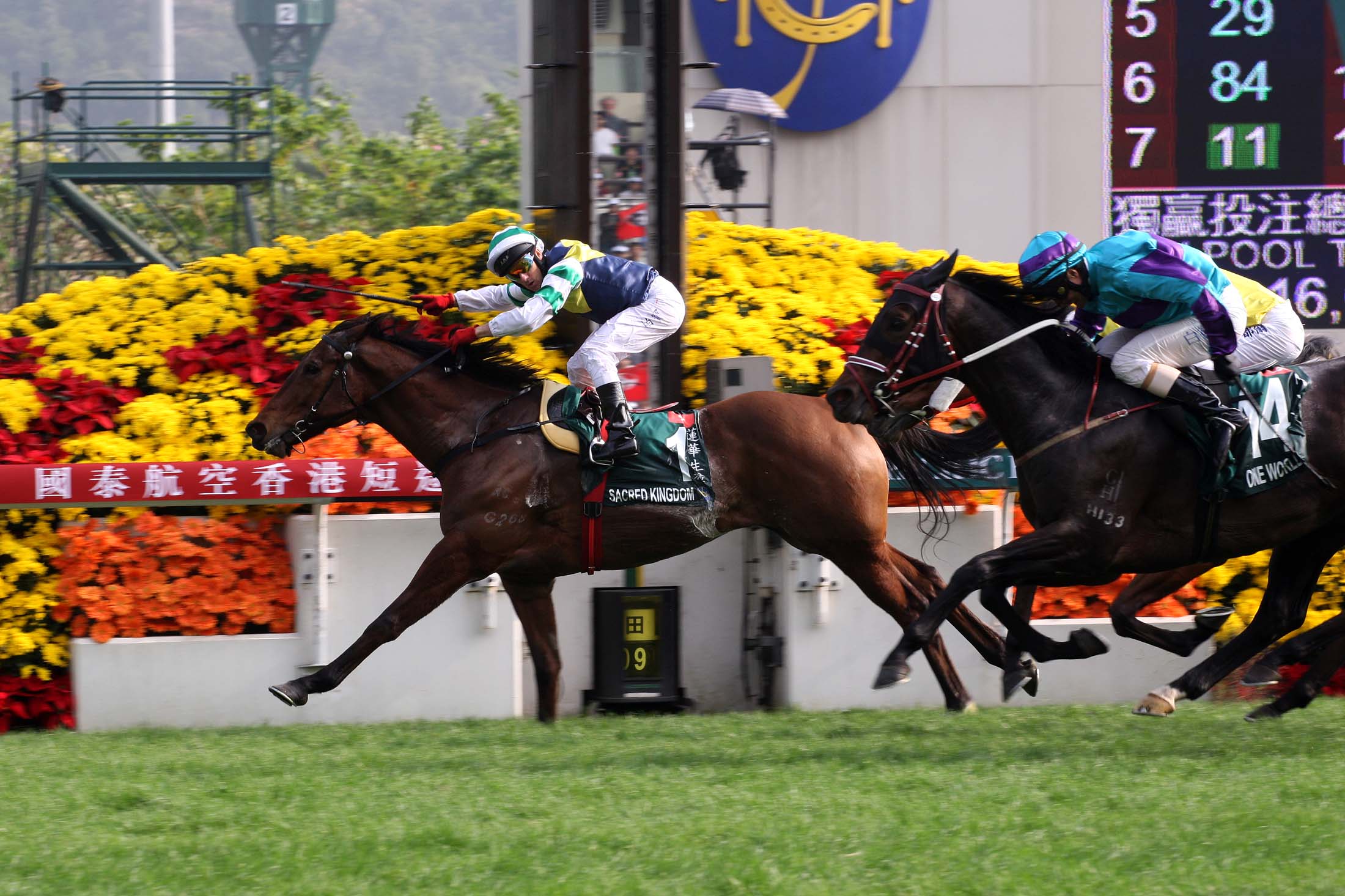 For three years in a row between 2007 and 2009, Sacred Kingdom reigned as the world’s premier sprinter and was named world champion sprinter in the global rankings. He was also named Hong Kong Horse Of The Year for 2009-2010 and won three international Group 1 races including dual successes in the Hong Kong Sprint. His retirement was announced in April 2012.