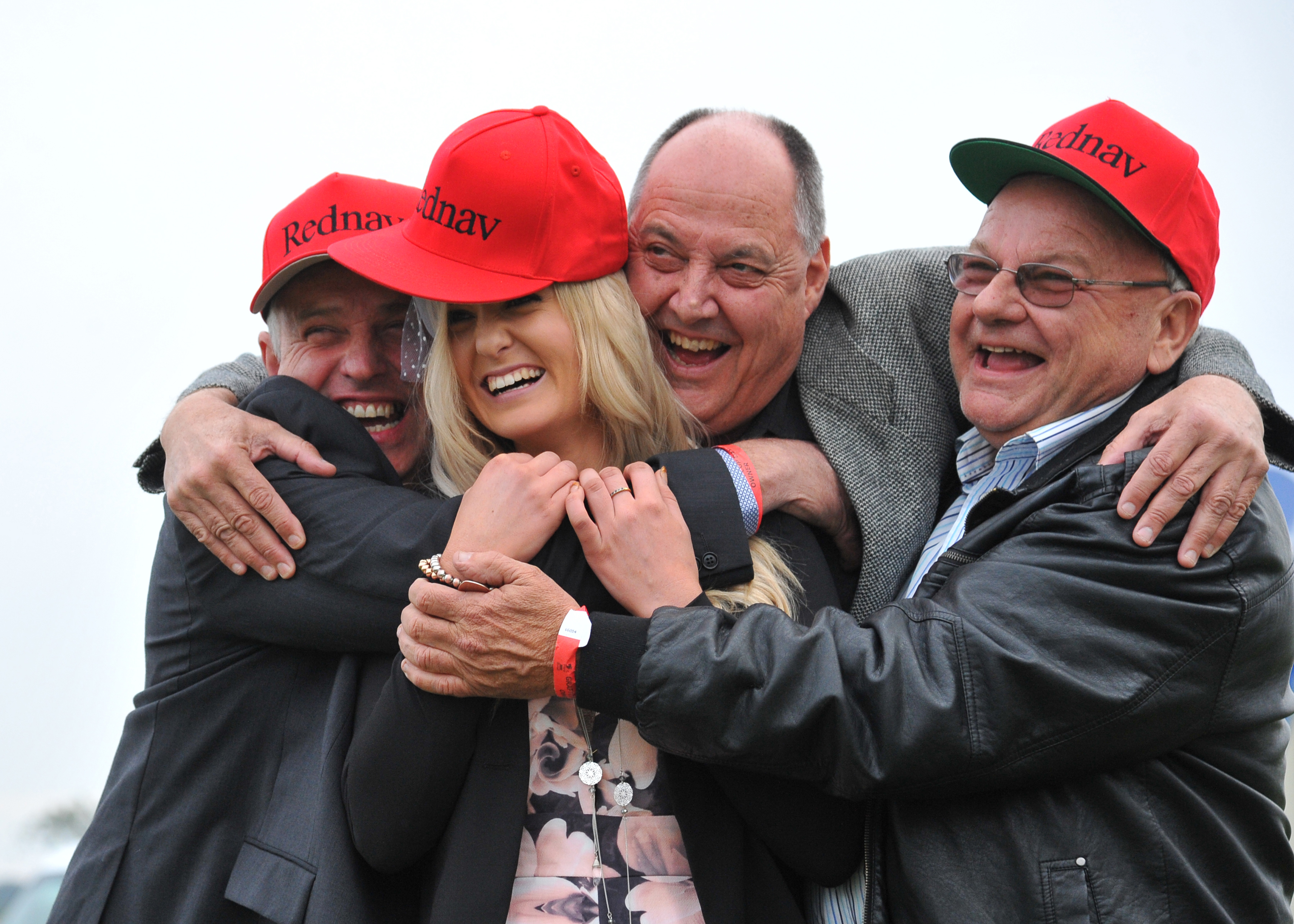 Four of said trainers are based in NSW, two in Western Australia and one in Victoria. Two are women. Five are well established city trainers.

Only one of them works part-time in a telecommunications shop in the NSW coastal town of Coffs Harbour … Sally Taylor.

Trainer of last week’s Grafton Cup winner, Rednav, the 23 year old Taylor has only had her licence since February, with a grand total of seven in work.

“Two are mine, one of them is my dad’s and the others – including Rednav – are owned by my boss, Peter Wood, at Leading Edge Telecoms,” Sally points out. “He’s been a terrific supporter.

“He acquired Rednav last year and was prepared to keep him sitting in a paddock for six months until I got my licence.”

A 5YO son of the Kingmambo stallion, Henrythenavigator, Rednav had won three races in Victoria before his shift north and duly presented Sally with her first win as a trainer when he lobbed by a neck at Coffs Harbour in April.

We all dream of big things but a Class 3 in April to a black type in July is a huge leap of faith for a rookie trainer and the bookies agreed, sending out Rednav a $26 pick in the Grafton Cup, despite a compelling victory in the Cup Prelude a week earlier.

“It was a tremendous thrill for everyone, not just me,” Sally adds. “My dad (Brian) was over the moon. He rode polocrosse for Australia for quite a few years and a was a trainer at the picnics … he had a mare win 42 times in the bush.

“He got me started at pony club when I was just two years old, so I’ve been around horses for a while now.

“I was at uni until last year, with the plan of becoming a school teacher, but that’s probably going on the back burner … at least for the time being.

“I hope to start training full-time and Rednav has certainly progressed things a bit in that regard.”

So, where to now for Rednav: “Ultimately we’ll take him to either Sydney or Brisbane – definitely the city somewhere. I was tossing up whether to tip him out, but he’s feeling pretty good in himself. He nearly tossed me off at work this morning!”

Whether or not Rednav will replicate such deeds in the big smoke, only time will tell, but for rookie Sally and her band of seven, the Sport of Kings has proven yet again, that you don’t have to be a king to play.

As an emotional Brian Taylor said as Rednav crossed the line: “this is a fairytale story”.

And sometimes they come true.