Sandown Guineas Served Up On A Fork 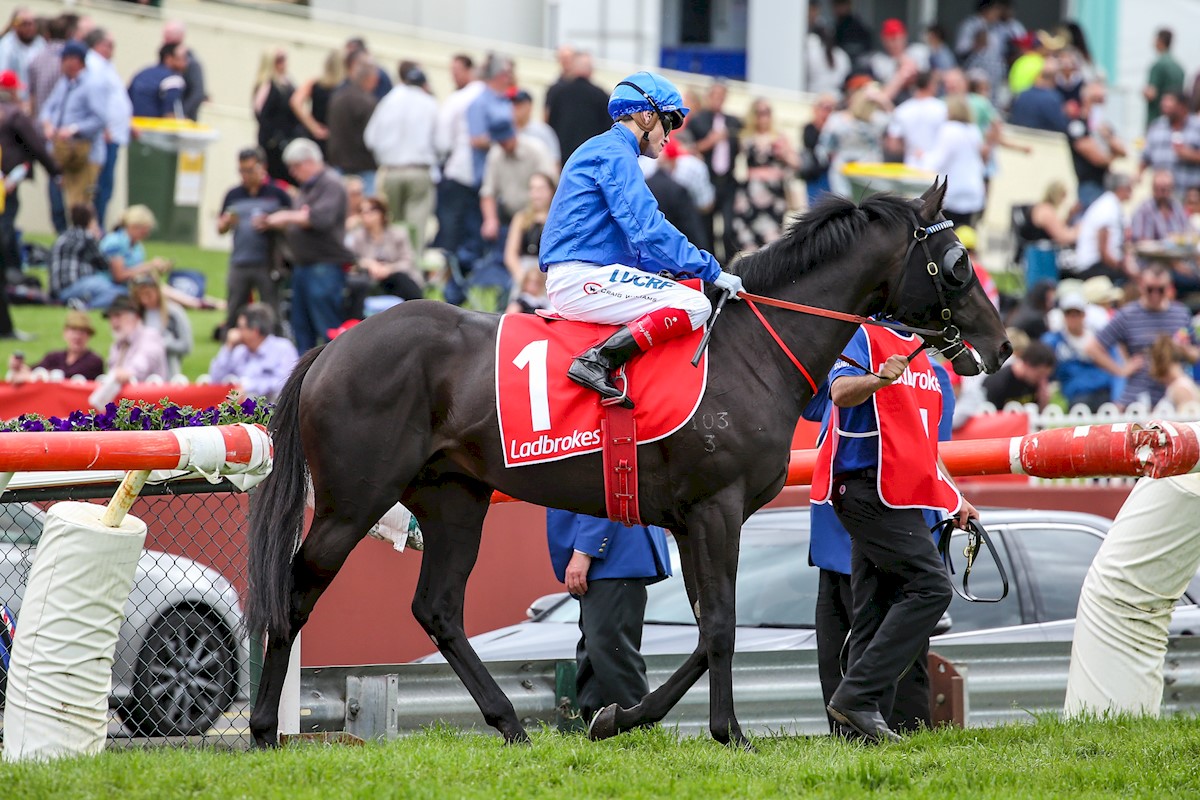 American baseball manager, Yogi Berra, was as famous for mangling the English language as anything he did on the diamond, courtesy of such utterings as “he’s learning me all of his experience” and “it’s deja vu all over again”.

Other ‘classics’ were “you can observe a lot by just watching” and “baseball is 90% mental and the other half is physical”, but probably the all-time Yogi favourite is “when you come to a fork in the road, take it!”.

Craig Williams definitely took the right Fork on Saturday and came away with a Group Two Ladbrokes Sandown Guineas victory for Godolphin Racing, via the flashy colt, Morton’s Fork.

Caught at the tail of the field for most of the journey, Williams made his move near the home turn and flew home with a well ‘tined’ run.

Godolphin Racing trainer, John O’Shea, has a high opinion of the colt and considers the home-bred to have a promising future, while Williams believes Morton’s Fork would be ideally suited for a race like the Group One Rosehill Guineas.

Rosehill Guineas or not, the moniker – Morton’s Fork – is certainly of Group One class.

Suzanne Philcox has been naming horses for 30 years – firstly for the Woodlands empire and now for Godolphin – and is responsible for allocating sobriquets to around 150-200 horses annually.

And if Berra reckons it was “tough to make predictions, especially about the future”, spare a thought for just how tough Philcox’s job is.

She has really outdone herself with Morton’s Fork though. Remembered mainly for naming Octagonal and his son Lonhro, Philcox also christened Lonhro’s daughter, Dilemmas, the dam of Morton’s Fork.

Dilemmas didn’t do much on the track but when matched up to the Group One winning Danzig stallion, Ad Valorem, she has shown her true worth with Morton’s Fork.

Loosely coined, an ‘Ad Valorem’, is a tax levied according to the value of goods, while ‘Morton’s Fork’ belongs to John Morton who argued that “if a man lived well he was obviously rich and if he lived frugally then he must have savings”. In other words, a dilemma!

“Suzanne is amazing with the way she comes up with all those names,” Godolphin’s Alastair Pulford points out. “To find so many good ones each year … incredible.

“Morton’s Fork is worthy of the name too: it’s something of a dilemma as to where and in what he’ll campaign from here, but he’s definitely top shelf.”

Also cheering on Morton’s Fork from the sidelines was Supreme Thoroughbreds which is gearing up to sell a three quarter brother in blood to Morton’s Fork at the 2017 Inglis Melbourne Premier Yearling Sale.

“We purchased Masonette, the dam of Dilemmas and Group Two winner, Pied A Terre (also by Ad Valorem) five years ago on behalf of leading Victorian vet, Jim Vasey,” Supreme Thoroughbreds’ General Manager, Brent Grayling, reveals. “This is our ninth year of operation and we’ll be taking 44 yearlings to Melbourne in 2017 including a colt by I Am Invincible from Masonette.

“He’s a lovely type of colt and with his close relation going so well, hopefully prospective buyers will take the right fork in the road and come down to have a look!”

“It’s a terrific result for Jock and his team with Ad Valorem – that was his 13th stakes winner – while Hard Spun is also having a terrific year,” Pulford adds.

“Aside from the Sandown stakes double, he’s also had dual Group One winner in Le Romain this year, plus the Group winning 2YOs Power Trip and Tarquin in 2015. There’s also the South African Group One winner, Ertijaal.

“Hard Spun now has 54 stakes winners and is very popular in North America where he stands at a fee of US$45,000.

“I’m not sure if he’ll shuttle again, but one thing I have learned in this industry, it is to never say never.”