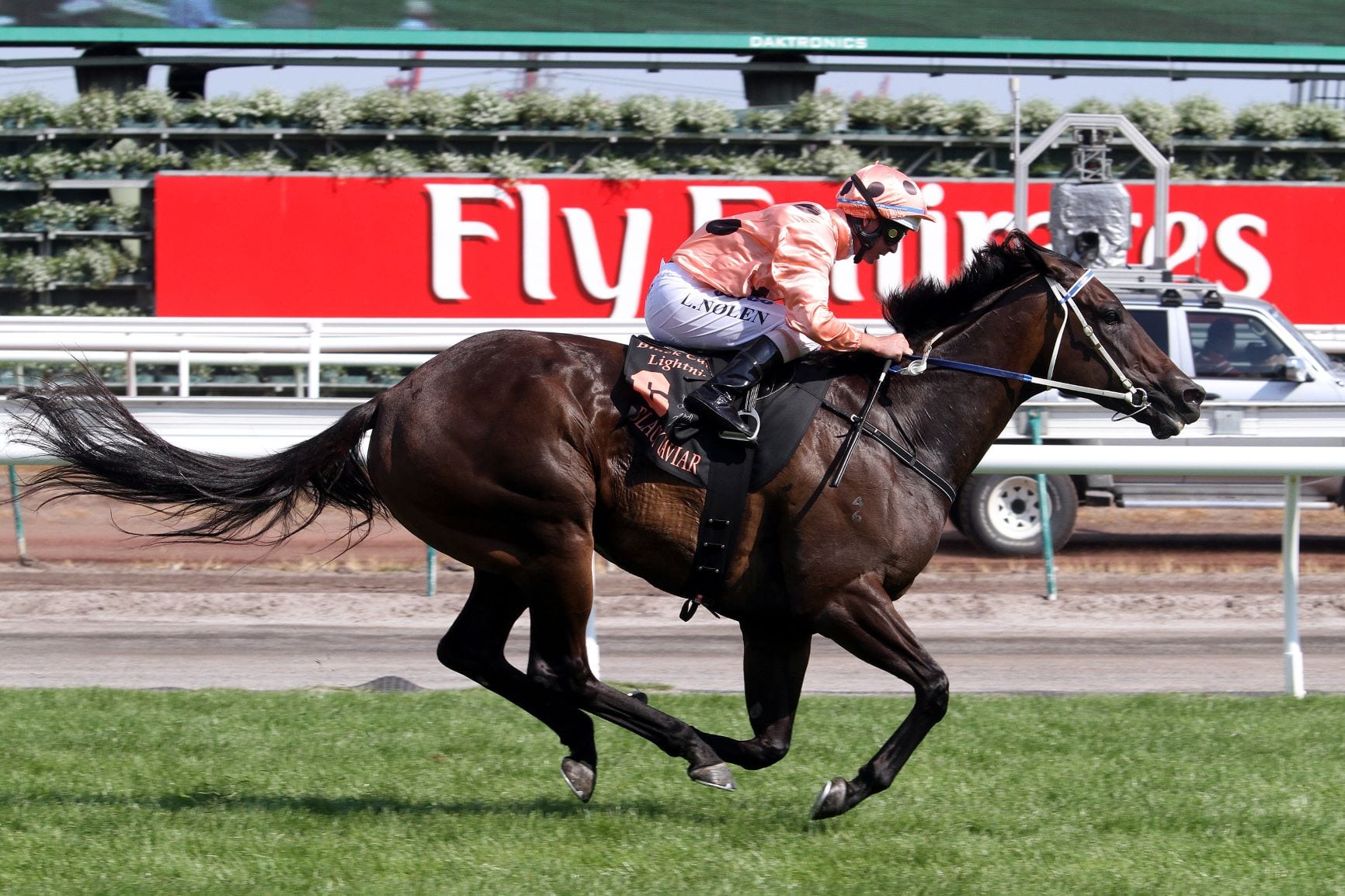 Scandinavia, the grand old dame of Australian breeding, has died at the age of 25.

What an incredible mare! A Group Two winner who would go on to produce four stakes winners, including Group One winner and leading sire, Magnus.

With her final foal – the 3YO, Viking Warrior – now racing in Hong Kong, Scandinavia lived out her final years at Victoria’s Dorrington Farm, owned by her breeder, Rob Crabtree.

Over the past 30 years, Crabtree has bred and/or raced quite a few stakes winners, including a Group One double in the space of 40 minutes via Catchy (Blue Diamond) and Sheidel (Oakleigh Plate), but Scandinavia’s impact will likely remain unmatched.

“You never forget your first … I had a couple of good horses before Scandinavia and a few since, but in my opinion she’s changed the landscape of Australian breeding: a ‘blue hen’ by any definition,” Crabtree opines.

The story goes back to 1994 when Crabtree purchased the unraced Vain mare, Song Of Norway, from Kingston Town’s breeder, David Hains, for $40,000: in foal to Snippets and the pregnancy which would become Scandinavia.

“She (Song of Norway) had just the three foals for me, but I put her in foal to Western Symphony after Scandinavia was born and she produced the Sydney stakes winner, Midnight Sun,” Crabtree recalls.

“I decided to race Scandinavia in partnership with John Sadler and he trained her to win a Blue Diamond Prelude at two and the Group Two QTC Cup, but she was also 4-times Group One placed in the Salinger, Goodwood, Lightning and Newmarket.

“Scandinavia was an even better racehorse than the record suggests – she was beaten a whisker in the Salinger behind 12-time stakes winner, Flavour, and was less than a head away when third to an absolute flying machine, General Nediym, in the Newmarket.”

Scandinavia’s first foal – Danavia, by Danehill – would fail to salute in four starts, but she went on to produce Melbourne stakes winner, Iconic, for Crabtree and trainer Tony McEvoy.

The second foal, Helsinge – albeit unraced – would leave an indelible mark on Australian racing.

Bred by Lee Fleming through a foal share arrangement, Helsinge would be sold by Fleming at the 2005 Inglis Broodmare Sale: going on to produce both the superstar, Black Caviar, and 4-time Group One winner All Too Hard for Rick Jamieson’s Gilgai Farm.

(All Too Hard now stands at Vinery Stud where he has produced 16 stakes winners, including 3YO sensation, Alligator Blood).

Another of Helsinge’s daughters, Naturale, is the dam of this season’s stakes winning 2YO and Group One placed, Ole Kirk for Team Hawkes.

However, it was Scandinavia’s third foal that would change the course of Crabtree’s history.

“I’d come so close to winning a Group One on too many occasions and Magnus had finished second to Miss Andretti – in track record time – in the Lightning Stakes, then he ran third in the Oakleigh Plate,” Crabtree reveals. “Winning a Group One was proving to be fairly elusive, but then Magnus came out and won the Galaxy in Sydney for the ‘comeback kid’ Peter Moody and Damien Oliver.

“I stood Magnus at Eliza Park (now Sun Stud), which ironically, is the farm I owned in the 90s, and from there he’s gone on to produce four Group One winners, including this year’s Futurity winner, Streets of Avalon, and 40 other stakes horses of $46 million.”

Fleming would also breed – from Scandinavia – the multiple Group winner Wilander and Baltics (granddam of Group winning 2YO and this year’s Blue Diamond runnerup, Hanseatic), before the mare would remain with Crabtree for the remainder of her career.

“Scandinavia then produced Arctic Flight, a full sister to Magnus, and she won a stakes race, along with three black type placings, while her last stakes winner was Scandiva, who won the (Group Two) Magic Night and finished second to Guelph in the Group One ATC Sires’ Produce. Anthony Cummings trained both of them for me,” Crabtree points out.

“Her final stakes horse was the Lindsay Park trained, Lionhearted, who finished second in the (Group Two) Skyline at his second start.”

Scandinavia would be retired from stud duties in 2018.

“What a phenomenal career and truly a legend in her own lifetime,” Crabtree adds. “For my wife, Sylvie, and I, Scandinavia is like one of the family, just as she’s been for carer, Fiona Melling, who’s looked after her from the start.

“Fittingly, Scandinavia is buried in the way of champions : standing up and facing the morning sun.”