In A Blaze Of Glory 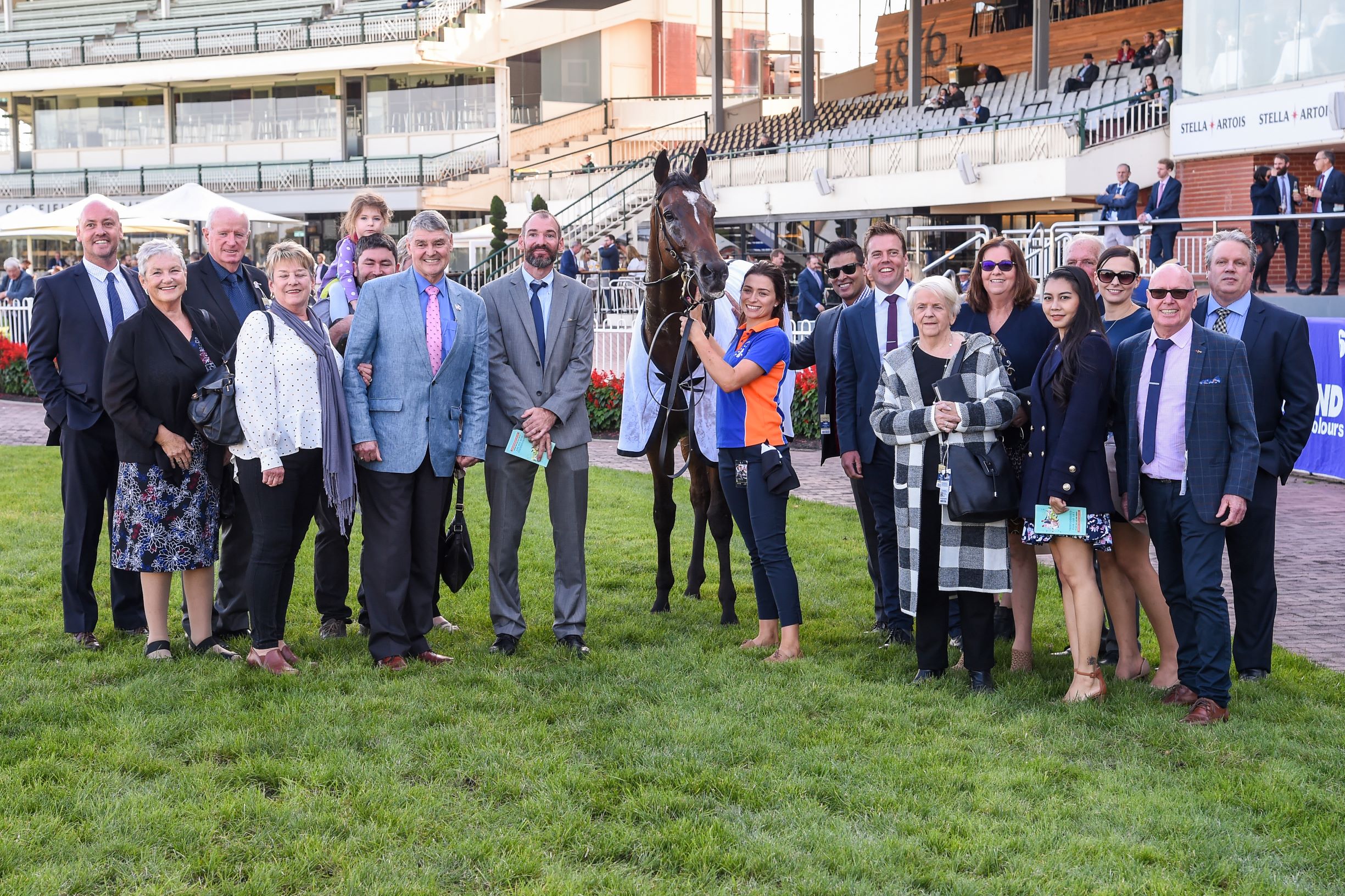 While much of Saturday’s action was focused on Royal Randwick, Caulfield may well have unveiled a future Group One star after Secret Blaze ran rivals off their hooves in the Listed Thoroughbred Club Galilee Final.

The Tony McEvoy trained 3YO was sent out favourite for the Galilee and will next appear in the $500,000 Group One TAB South Australian Derby (2500m) at Morphettville on 11 May.

That’s a month between drinks but Secret Blaze’s breeder and part-owner, Andrew Grant-Taylor, is a patient guy. Let’s face it, if you breed racehorses, patience is a pre-requisite.

It was around 17 years ago that Grant-Taylor, a Queensland pharmacist, decided to indulge his passion for racing by purchasing two yearling fillies: a Zabeel filly he called Luminata and a Red Ransom named Kidnapper.

He chose well, although that wasn’t instantly apparent. Indeed, Luminata would be described by one commentator as “not only the best type you’ll see here on track, but the best you’ll see anywhere”. Sadly though, Luminata didn’t live up to her looks, winning just the two races – both of them at Moe.

“He (Fastnet Light) was from the first crop of the Fastnet Rocks, but smashed his shoulder at five weeks and, even though he came good, he then split his cannon bone just before the yearling sale,” Grant-Taylor explains. “So, we raced him and he won a race at Coffs Harbour but then caught a virus and had to be put down.

“Luminata has gone on to produce four more winners, including Two Hats (7 wins) and Latin Knight (5 wins), while Light Up Manhattan ran a very unlucky third behind Preferment in the (Group One) Victoria Derby. Light Up Manhattan did a tendon after the Derby though and had to be retired.”

It would be Luminata’s unraced Galileo mare, Abscond, however, who has really stepped up to the plate.

Abscond’s first foal, Invincibella, has gone on to win nine races, including the Sheraco, Blazer and Dane Ripper (all at Group Two level), and over $2 million in stakes after being sold to Star Thoroughbreds for $185,000 at the 2015 Gold Coast Magic Millions Yearling Sale. Grant-Taylor and his wife, Nielma, wisely kept a share.

Abscond’s third foal is Secret Blaze and, again, the Grant-Taylors kept a piece of the action after McEvoy Mitchell snapped up the then colt for $90,000 at the 2017 Inglis Melbourne Premier Yearling Sale.

“Invincibella is the best performed runner for us so far, but Cape Kidnappers (9 wins including two stakes races in Brisbane) had massive potential, yet unfortunately suffered a sesamoid injury,” Grant-Taylor points out. “Our breeding might have gotten off to a rocky start – no pun intended – but both those fillies (Luminata and Kidnapper) have done very well as broodmares.

“Kidnapper has six winners from as many to race and, in fact, her 3YO, Racecourse Road won pretty comfortably at Eagle Farm on Saturday, giving us a double for the day, while Luminata has five winners from five and Abscond is two from three.

“And who knows, Abscond might just give us our first Group One winner!”

Millford Thoroughbreds’ Jarrod Byers hopes Grant-Taylor is right on the money, particularly as he’s a part-owner of Secret Blaze too.

Turns out that after Grant-Taylor had sent the youngster to Millford for the final stages of his yearling prep, Byers liked the horse so much he bought into the youngster as well.

“He (Secret Blaze) is a lovely type … big and rangy with a terrific attitude,” Byers reveals. “Even in the time we had him he really came on, so, after Tony (McEvoy) bought him, I took a share along with my father, Wayne and brother, Matthew.

“He’s run some good races: Secret Blaze beat (subsequent Group Two winner) Hawkshot as a 2YO, finished third in the Sires’ Produce, third in the Carbine Club and was very impressive at Caulfield.”

Establishing Millford Thoroughbreds in 2008 with Richard Kerry, the Victorian nursery has ‘raised’ a number of Group One winners, including Scales of Justice and Pinker Pinker, along with many stable stars for Perth’s most successful owners, Bob and Sandra Peters.

Byers was active at Easter too, buying up a Vancover filly of his own – the first foal of Group One winning sprinter, Precious Gem.

Byers and Kerry – along with close mate Chris Bakker – bred and raced, Precious Gem, who would go on to win eight races, including the Group One Robert Sangster Stakes, and $660,400 in stakes before being sold for $825,000 at the 2016 Magic Millions National Broodmare Sale.

“Precious Gem’s Vancouver filly is a typically small first foal, but a lovely type nevertheless and only cost us $130,000 at Easter,” Byers explains. “Trade out at $825,000 and buy back into at $130,000 is a good deal I reckon. The crew that was in Precious Gem will race the filly as well so hopefully we can add to the story.”

In the meantime, Byers is hoping that his South Australian ‘form’ holds up: “We’ve only ever had the one runner in a Group One in Adelaide and she won – fingers crossed we can maintain the 100% strike rate with Secret Blaze!”

Secret Blaze, by the by, becomes the first stakes winner for Newgate Farm’s Group One winning 2YO, Sizzling, whose oldest progeny are 3YOs, but also include stakes horses Sizzleme, Sizzling Belle, Blazing Miss and Sizzling Ace.