A Tilt At The Derby Is Sheer Madness 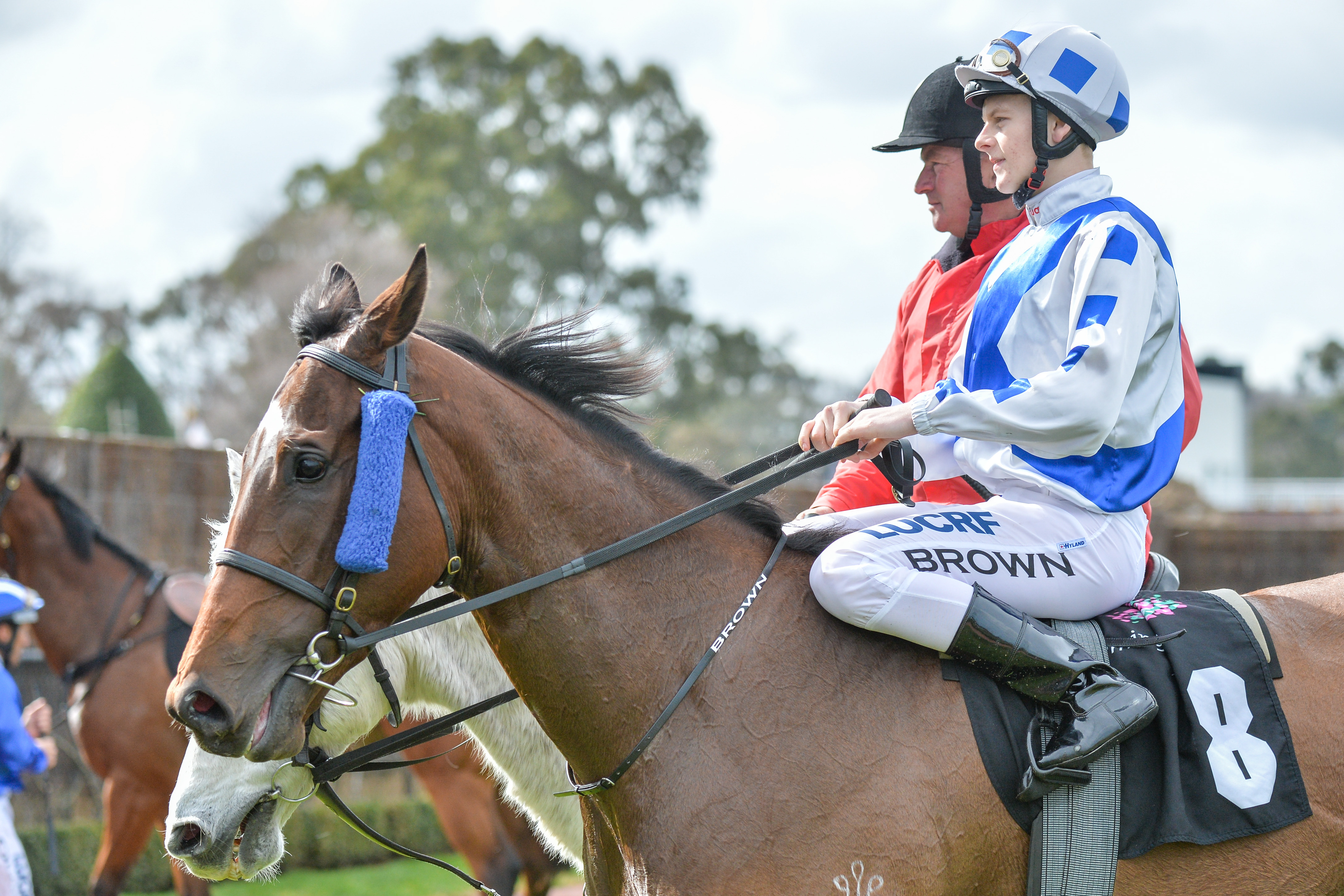 What does John Salanitri look for in a yearling?

The Victorian trainer admits it’s a question he’s regularly asked and, while there’s any number of boxes to be ticked when he’s at a sale, Salanitri reckons that it often boils down to the intangible … “you just know it when you see it”.

Salanitri ‘saw it’ in the Moshe yearling from the Huntworth Stud draft at last year’s Inglis Melbourne Premier Yearling Sale, eventually paying $40,000 for the privilege.

“He’s a big boy alright … HUGE lump of a horse,” Salanitri points out. “They almost need a barrier extension to fit him in and I think that’s part of the problem. He’s certainly got plenty of ability though.”

True that. On Saturday, Salanitri’s monster Moshe – a 3YO by the name of Sheer Madness – proved he is a genuine contender for spring honours by capturing the VRC Raymond Ali Handicap over 1400m at Flemington in emphatic fashion.

“I believe this bloke is a genuine (Group One) Victoria Derby (2500m) contender,” Salanitri points out. “He certainly gives me every indication he’ll run a solid 2000m, so who knows. Anyway, the Derby is where’s he heading and we’ll keep him ticking over and see where he goes.”

Sheer Madness raced on seven occasions as a 2YO, finishing two lengths off the pace on debut in the Listed Blue Diamond Preview and was also tried in the Group One Blue Diamond (won by Salanitri in 2000 with Road To Success) where he finished 12th behind Catchy.

“I’ve always thought this horse had plenty of potential from the minute I got him home,” Salanitri adds. “He’s a bit behind mentally and tends to put himself in awkward positions during races so it’s pretty frustrating actually.

“Over the years I’ve ridden a lot of good horses and while he (Sheer Madness) is showing me a lot on the training track, he hasn’t been putting it together come race day.

“It was getting to the point where I was going to take him to a bush track just to give him a ‘kill’ but I had my fingers crossed it would all come together at Flemington and it did.”

Sheer Madness, who is out of the winning Flying Spur mare, Olympiad, was bred by the boutique yet perennially successful Huntworth Stud in NSW’s Southern Highlands.

“Gee, he was a big foal,” Stewart explains. “The mare (Olympiad) only lived for another three or four days and after that the foal was raised off a nanny.

“Olympiad’s first foal (by Hussonet) died and then she produced a Haradasun filly called Cambage (trained at Hawkesbury by Scott Singleton and most recently raced in the ATC Oaks in April).

“Despite his size, Sheer Madness was a very nice yearling and it’s a good family too: Olympiad is a half sister to the Singapore stakes winner, Spanish Bay, but is also closely related to Khaptivaan and Khaptingly.

“Full marks to Mark Dodemaide at Inglis because he inspected the colt early and suggested John (Salanitri) come and take a look.”

The prospect of third season sire, Moshe, producing a Derby winner would definitely be a departure from ‘form’ given that his winners thus far have never won further than 1650m, while the stallion himself was an out and out speedster.

Standing at Sun Stud Victoria, Moshe is a full brother to the legendary Black Caviar who was back in the news last week via her first foal, the 3YO filly Oscietra, who won her maiden over 1000m at Geelong on Friday to much fanfare.

Trained by David Hayes, Oscietra had run third at her only other start behind Limestone at Flemington on 1 January.

After visiting Exceed And Excel and producing Oscietra, Black Caviar was then covered by Sebring, resulting in the unraced 2YO, Prince of Caviar, who is now in training with Team Hawkes, while last year she foaled a filly by Snitzel and is due to drop a More Than Ready next month.

Hayes told assembled media after the race that he’s been fortunate to train numerous champions during his career, but this is the first time there had been so much interest over a maiden at Geelong!