Shiraz Is Up To The Challenge 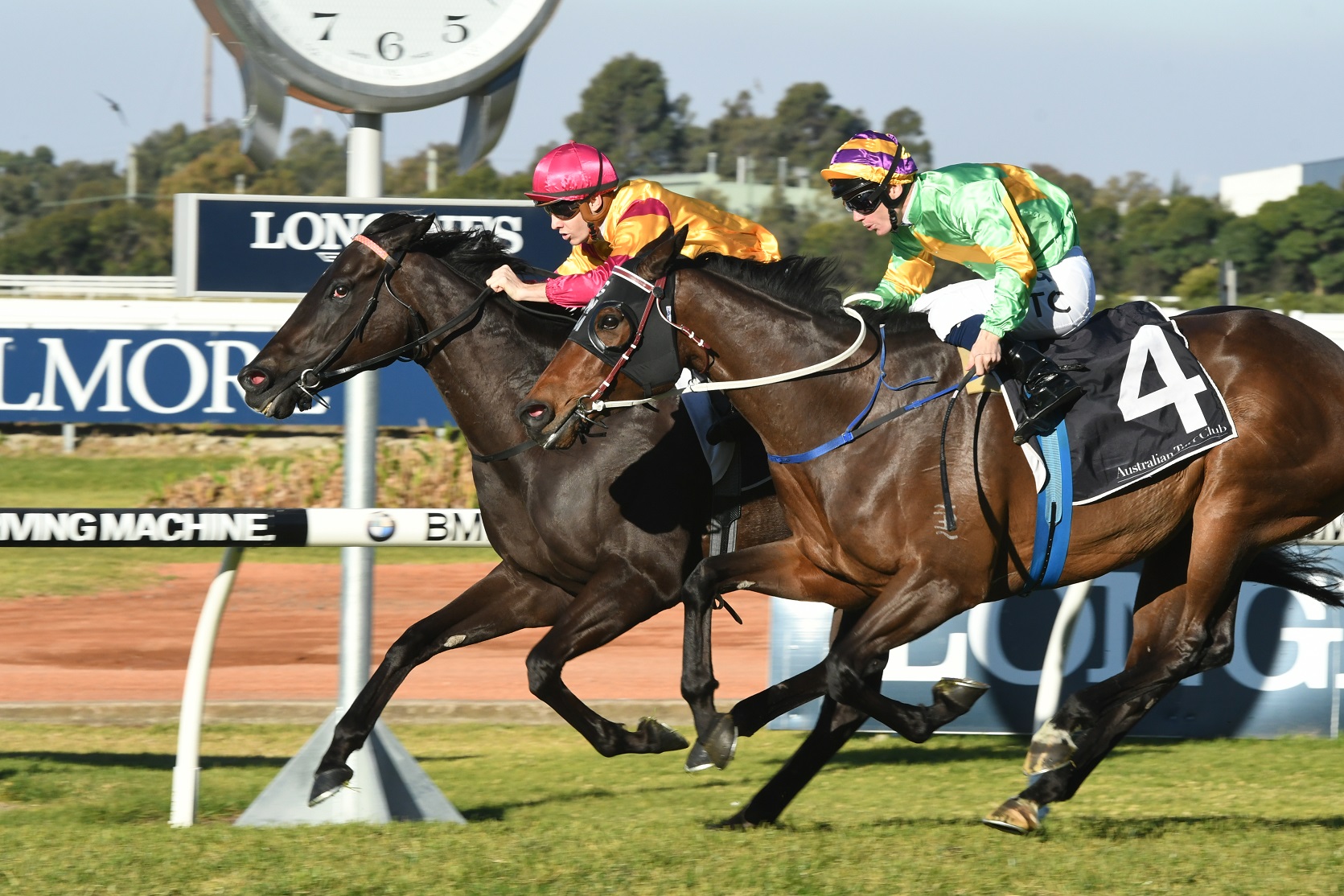 With a name like Shiraz, some might suggest that 692 days from one win to the next is a long time between drinks.

The speedy Shiraz won four on end in a two month stretch from July 2015, including a Group Three Aurie’s Star in Melbourne and a Group Three Concorde in Sydney, but since then has remained winless. Until Saturday that is.

Now under the tutelage of Kim Waugh, Shiraz reacquainted himself with the winners’ enclosure at Rosehill Gardens, striding out a bold winner of the Listed Winter Challenge Stakes over 1500m.

Naturally enough, Shiraz’s ownership group – the majority of which had driven down from Central NSW – were over the moon with their neddy’s success, who took his record to 11 wins and five placings for nearly $800,000 in stakes.

Yet, while most commentators chose to focus on Shiraz’s lengthy absence from the top of the scoreboard, breeder and part owner, Colleen Dwyer, was having none of it.

“This horse has never run a bad race,” Dwyer is quick to point out. “Sure, he might not have won for nearly two years, but during that time he’s earned close to $300,000 in stakes from runs like his second – beaten three quarters of a length – in the Group One The Galaxy, a third in the Group Two Shorts – beaten less than a length – and a second in the Carrington.

“Even coming into the Winter Challenge he’d finished fourth, just over a neck from the winner, in the Listed Winter Stakes.

“He’s had his share of ordinary luck along the way, a couple of injuries, bad draws and the like, but you also have to consider he’s been racing in top company all that time.

“He’s been a truly wonderful horse for us.”

Shiraz is out of the Moville Dancer mare, Moville Slipper, and Dubbo-based Dwyer has had a long association with the family.

“My father Eddie (Fitzgerald) bred Moville Slipper and her mum, Moville Clare (1986), too,” Dwyer adds. “Moville Slipper is getting on a bit – 23 on Tuesday – but she’s a terrific old gal. She’s been to Zariz eight times now and Shiraz was the result from her third mating to the stallion.

“I’ve got three broodmares overall and I don’t wean the foals off any of them too early – usually giving the mare a year off – so they only go back to a stallion every second season.

“I just breed to race and when it’s time to put them in work, friends and family from around the area usually get involved as is the case with Shiraz and his full brothers, Foxdown and Mozart.

“Moville Slipper is back in foal to Zariz but that was the last time to the breeding shed for her. She’s had four straight colts but I’d dearly love to get a filly out of her this time to carry on with the family.”

Just like his regular ‘date’, Zariz is “getting on a bit” according to Kooringal Stud’s Angus Lamont, but age isn’t wearying the son of Mukaddamah who is now gearing up for his 16th season at stud.

“He (Zariz) has been a terrific stallion for us,” Lamont enthused. “He really does keep improving his mares and still gets plenty of winners.

“It was terrific to see Shiraz get another stakes win because his owners are a great bunch of people and I really hope Colleen ends up with a filly this spring.”

Based in NSW’s Riverina district, Kooringal will also stand three other stallions in 2017: French stakes winner, The Brothers War (whose first yearlings sell in 2018), Duporth and Magic Albert.