Singapore Series Is A Golden Bonus 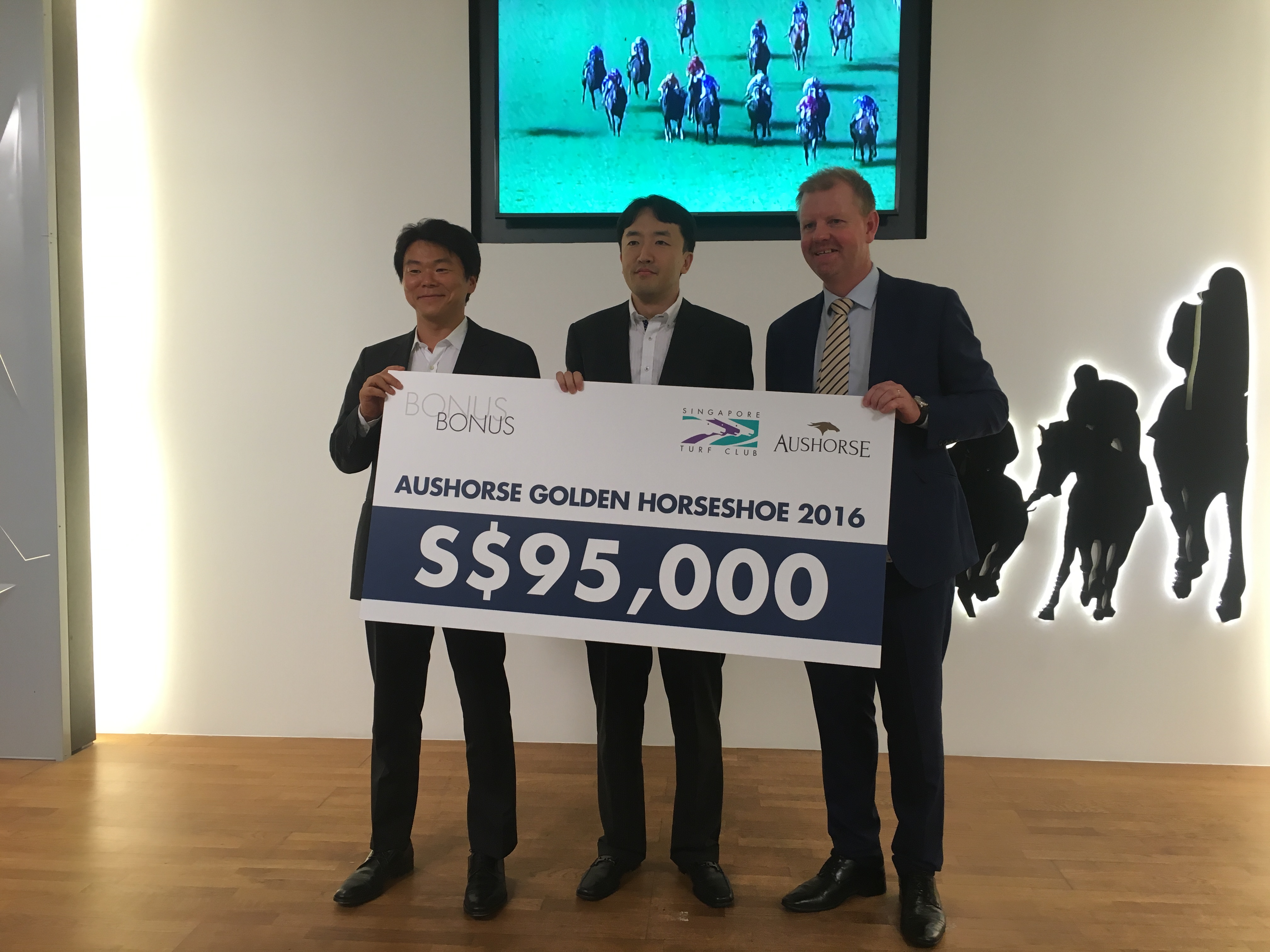 The Group Two $S325,000 Aushorse Golden Horseshoe has again been run and won with the five legs and final underscoring the depth of quality among the two year olds now racing on the Singapore circuit.

With the series commencing on 10 April, trainer Hideyuki Takaoka, unveiled the exciting Congrats youngster, Jupiter Gold who raced away with the Kranji Nursery Stakes before backing up on 22 May by capturing the third leg – the Magic Millions National Yearling Sale Stakes – to remain unbeaten.

Jupiter Gold went close to making it three from three in the IRT Juvenile Stakes (fourth leg), but had to content himself with third behind another Australian-bred runner in Steve Burridge’s Macarthur, who is owned (somewhat applicably, given the name, sire and silks) by the Stars & Stripes Stable.

While Jupiter Gold was bred by Vinery Stud in the Hunter Valley, Macarthur is by Charge Forward and is yet another winner from Queensland’s Highgrove Stud.

Encosta de Lago is responsible for the fifth leg hero, I’ve Got A Feeling, who snapped up what was the last lead up – the Inglis Ready2Race Stakes – before last Friday’s Final, for trainer Shane Baertschiger.

Jupiter Gold, Macarthur and I’ve Got A Feeling all lined up for the ultimate prize but found Macarthur’s stablemate, Lim’s Racer too good on the night.

Aushorse would like to congratulate Lim’s Racer’s owner, Mr Lim, who duly celebrated the victory with a bottle of bubbly.

Jupiter Gold’s connections didn’t miss out on the celebrations though and were presented with a $S95,000 bonus for garnering the most amount of prizemoney during the heats.

“It was a fantastic night,” O’Brien enthused. “Singapore’s racing fans have such an enthusiasm for racing and events such as the Aushorse Golden Horseshoe Final, along with the five legs leading into it, provide them with an appreciation as to the quality of horses available in Australia. One thing is for certain – the owners and trainers of Jupiter Gold, Macarthur and I’ve Got A Feeling will be back looking for more!”