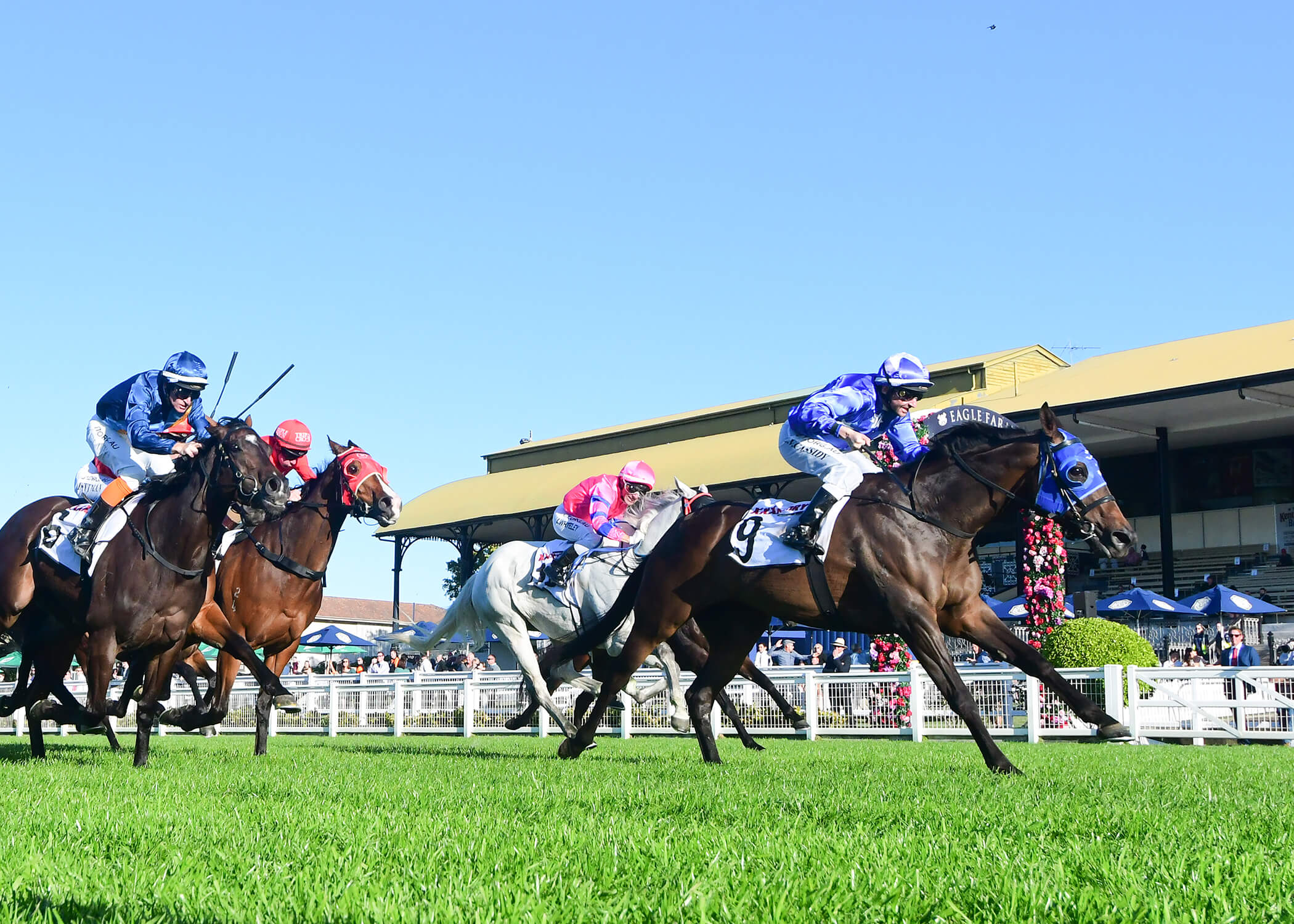 Brisbane based accountant, David Watkins, was pretty pleased with himself when he managed to snap up Paris Blu for just $15,000 at the 2012 Magic Millions National Broodmare Sale.

After all, the Murphy’s Blu Boy mare was related to Group Two winner and multiple Group One placed, Super Slew, and had – under the guidance of Eagle Farm trainer, Barry Baldwin – won six races and over $200,000 in stakes.

It’s fairly safe to say though that Watkins didn’t think the sums were adding up when Paris Blu’s second foal – a filly by Bradbury’s Luck – failed to attract a single bid at the 2016 Magic Millions March Yearling Sale.

“My family hails from Roma (in Central Queensland) and my father had had a few horses with Barry (Baldwin) over the years,” Watkins explains. “I watched Paris Blu race on a number of occasions and really thought she was a very good racemare. Tough.

“At the time Paris Blu was offered I had not long established Wyalla Thoroughbreds at Westbrook (17 kilometres from Toowoomba) and we were looking to get some quality mares on farm.

“Anyway, her Bradbury’s Luck filly was very much in the mould of her mum, but no-one put their hand up when she went through the ring. But then the very first trainer I ran into at the sales complex, after she was passed in, was Chris Munce and he came back for a look.

“He liked her and so she was officially sold for $10,000. I stayed in the horse, as did my daughter Stephanie (Magic Millions Project Manager) and a couple of mates.

“The rest of the owners are clients of Chris: the majority of them first time owners. We had it (the syndicate) all sewn up within the hour.”

“She’s come a long way for a horse that no-one wanted in the sales ring,” Watkins points out. “She started in one of the earliest 2YO races for fillies, but she’s never really been pushed and has had just the 32 starts. She has certainly given all the owners a great deal of enjoyment.”

Watkins reveals that his 400 acre property, Wyalla Thoroughbreds, has only been involved in thoroughbred breeding for the past decade – foaling down up to a dozen annually – but is clearly punching above its weight.

After all, Wyalla is already the breeder of 2016 Group One VRC Oaks winner, Lasqueti Spirit, the Brisbane stakes winner of seven in Glendara, and the Adelaide galloper, Territory Titan, winner of his last four, including a three length romp at Morphettville on Saturday.

“We ran cattle at Wyalla but the drought has really impacted the Darling Downs and we sold all our stock, so now we focus mainly on the horses and I’ve been doing my best to upgrade our mares over the last few years,” Watkins reveals. “(Daughter) Stephanie is right into pedigrees and we’re quite happy with the dozen we have on farm.

“Unfortunately, Paris Blu died in 2018, but her Sizzling 4YO (Hot In Paris), which we sold for $120,000 at the Gold Coast, ran a half length second at Morphettville on Saturday, some 90 minutes after Skate To Paris’s win.

“A Group One winner like Lasqueti Spirit will be hard to top, but to go close to landing a Saturday city double with progeny from the same mare was pretty special too.”

Not surprisingly, Chris Munce is happy that he ran into Watkins that day at the sale.

“She (Skate To Paris) was one of the first fillies I purchased after taking up as a trainer,” Munce, a former Champion jockey, recalls. “She’s sound, she’s tough and I’ve had a good opinion of her from early on.

“It’s great as well that she is the first horse for quite a few of the owners, especially as she was also multiple stakes placed at two and three.

“We’ll decide in the next few days as to where she goes to next, but she’s run well the last two years in the ($1 million) QTIS race on the Magic Millions program in January, so we’ll likely target that again in 2021.”