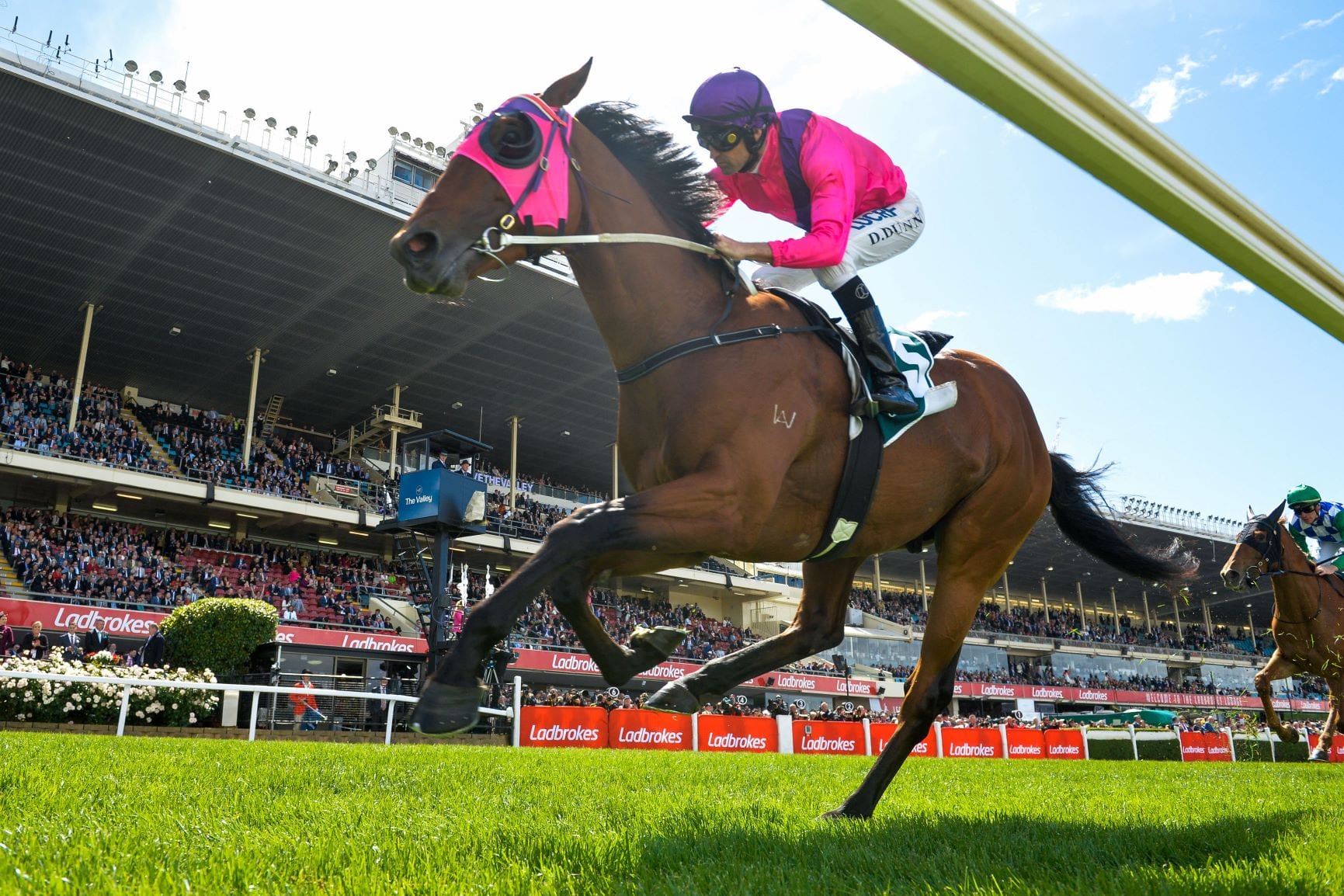 There will be no one more delighted for trainer Ken Keys than Armidale Stud’s David Whishaw if Soul Patch can win the Victoria Derby.

Soul Patch is one of the favourites to claim the Classic after winning at Group Two level at Moonee Valley on Cox Plate day.

Keys usually has a decent horse but Group One success has eluded his Cranbourne stable.

But on the back of his Tasmanian connections, Keys will be at the forefront of discussions about the best Derby chances when Soul Patch runs at Flemington on Saturday.

Keys grew up on King Island off Tasmania’s north coast and moved to Victoria in the 1980s.

He hasn’t forgotten his heritage and his ongoing commitment to Tasmania’s annual yearling sale is appreciated by those at the coalface of the state’s thoroughbred industry.

“We’ve been blessed to have people like Ken Keys who have been wonderful supporters who have returned to our sales year in and year out,” Whishaw said..

“I am so pleased to see him have a good horse.

“Nothing would please me more to see Kenny get a Group One. He’s one of those good blokes in the game who really deserves a Group One.

“And nothing would make me prouder for that horse to have our brand on it.”

Famous Tasmanian-bred horses such as Sydeston and The Cleaner have contested Australia’s greatest weight-for-age race for Armidale and this year it was Mystic Journey’s turn.

Mystic Journey, a daughter from the second crop of Armidale’s stallion flagbearer Needs Further, didn’t disappoint with her fifth-placed finish.

“It is an amazing race to be a part of,” Whishaw said.

“I thought Mystic Journey was very brave in defeat as well so it was a nice little day on the track.

“We’ll take a Group Two win on Cox Plate day any day of the week. There are no easy Group races anymore I don’t think.

He was sourcing mares to support Armidale’s new stallion Alpine Eagle and sold her foal by the 2013 Cox Plate winner Shamus Award through the Magic Millions Tasmanian Yearling Sale for $45,000.

Soul Patch sprints away for a super win in the Moonee Valley Vase! @kenmkeys @TheValley pic.twitter.com/Ssjd8x48eQ

Keys was the successful bidder and the trainer returned this year to buy the Street Sense half-brother for $95,000.

That move was a tip in itself that Soul Patch had been showing enough on the track and a month after the sales the colt stepped out and duly made a winning debut over 1200m at Ballarat.

The ultimate early-season examination of Soul Patch’s staying potential will come at the colt’s sixth start on Saturday.

“Last autumn, it was good when he won his first start. He was still quite immature so we afforded him the time,” Keys said.

“I was confident that the horse was good enough … you’ve just got to hope that it all works. And it did work.”

Soul Patch is the fifth stakes winner for Shamus Award who now stands at Rosemont Stud in Victoria for a fee of $11,000.

Whishaw says Soul Patch is the latest example of Armidale’s considered approach when it comes to finding the right market for young horses.

“We have stallions who stand at a reasonable service fee and hopefully they produce sound racehorses,” he said.

“We love what we do. We work hard and we are lucky to have good supporters.

“And we are lucky enough to take a trick on the racetrack every now and then.”