Southern Sale Off To A Great Start 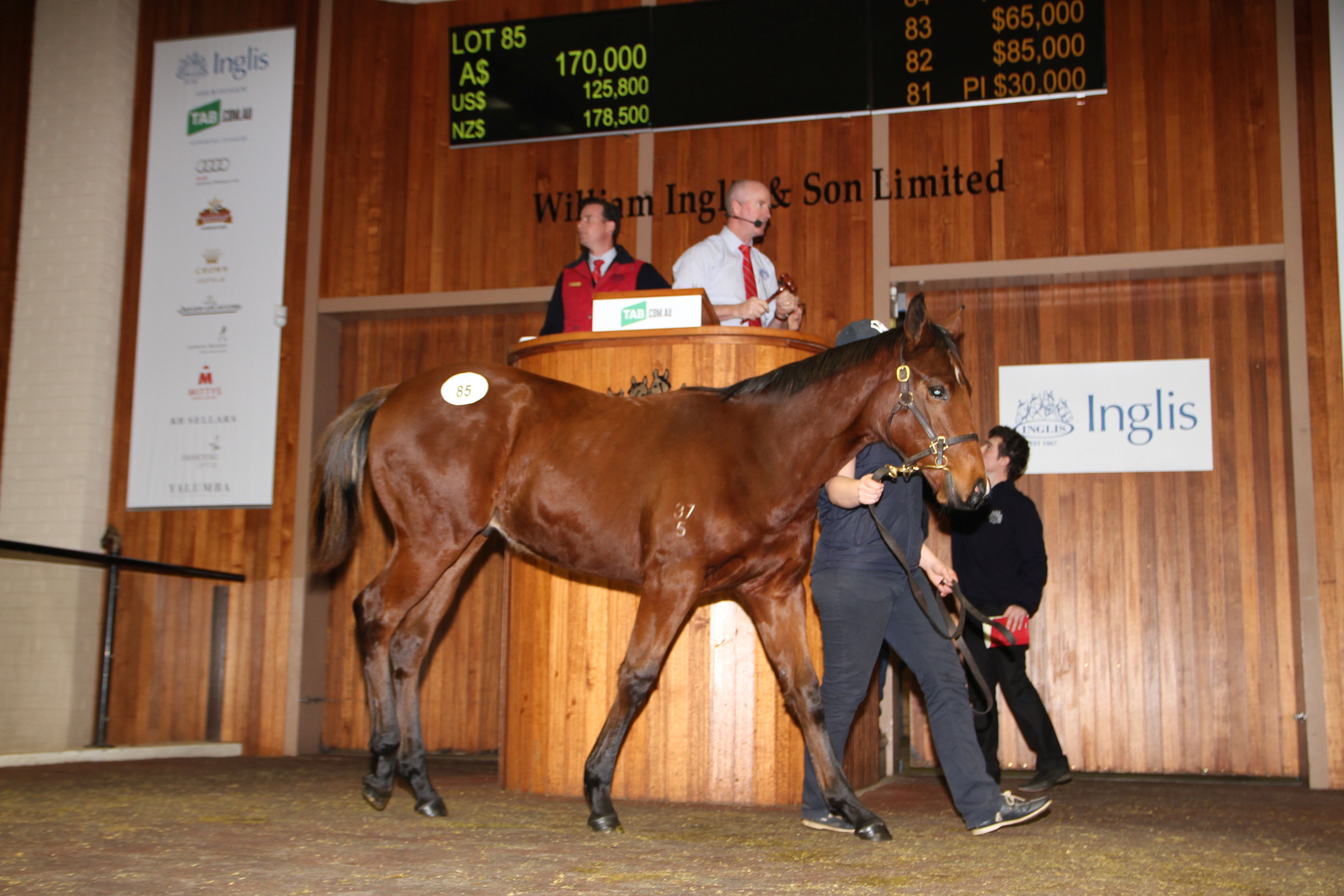 Two down and two to go, but Inglis Bloodstock Manager, Simon Vivian, was one contented auctioneer after the weanling section of the 2016 Great Southern Sale wrapped today.

“There is no doubt that this is the best collection of weanlings every offered for sale in Victoria,” Vivian enthused. “I really take my hat off to the vendors. Yes, the increases were tremendous, but you shouldn’t be comparing apples with pineapples. The quality was so much better this year and for that I give full marks to the vendors.

“You can do all the promotion in the world but buyers won’t buy if the quality isn’t there. I reckon the introduction of Super VOBIS qualifications for weanlings at this sale helped it along a bit, but overall it’s the vendor support that is making the difference.”

The actual sale topper came late on the second day with a well-related colt by boom stallion, Pierro, was knocked down to the partnership of Ampulla Lodge and Ascot Farm for $220,000.

The pinhooking pairing had also topped day one when they were the winning bidders on the Written Tycoon colt from Peppie for $170,000.

Ironically, the buyers that every weanling vendor will now be on the lookout for, had actually tried to secure Pierro himself as a weanling, but now have to content themselves with the progeny.

It was Ampulla Lodge & Ascot Farm that topped the 2015 Great Southern when purchasing an Exceed And Excel colt for $300,000 before re-selling it via the Gold Coast Magic Millions in January – for $800,000!

Overall, 14 weanlings made six figures and there’ll be quite a few happy vendors leaving the Oaklands Junction car park tonight.

One of those is Woodside Park which sold the top Written Tycoon colt and finished the sale as leading vendor by average.

Woodside Park’s Stud Manager, Gerard Jones, said there was little doubt the Written Tycoon weanling would bring good money: “He (Written Tycoon) is flying … on Friday night, in an online auction, the second last nomination to Written Tycoon for the 2016 season was sold for $59,500 and ever since the colt (from Peppie) arrived on the complex he was popular … a record number of parades in fact.

“We knew there would be strong competition, but Ampulla and Ascot Farm seemed determined to get him. One of them told me that ‘a horse like this doesn’t come along every day’. She was absolutely over the moon at securing him.”

There are still nearly 500 more horses to come along over the next two days and for both Inglis and vendors, it’s certainly heading in the right direction.