A Star Has Sprung 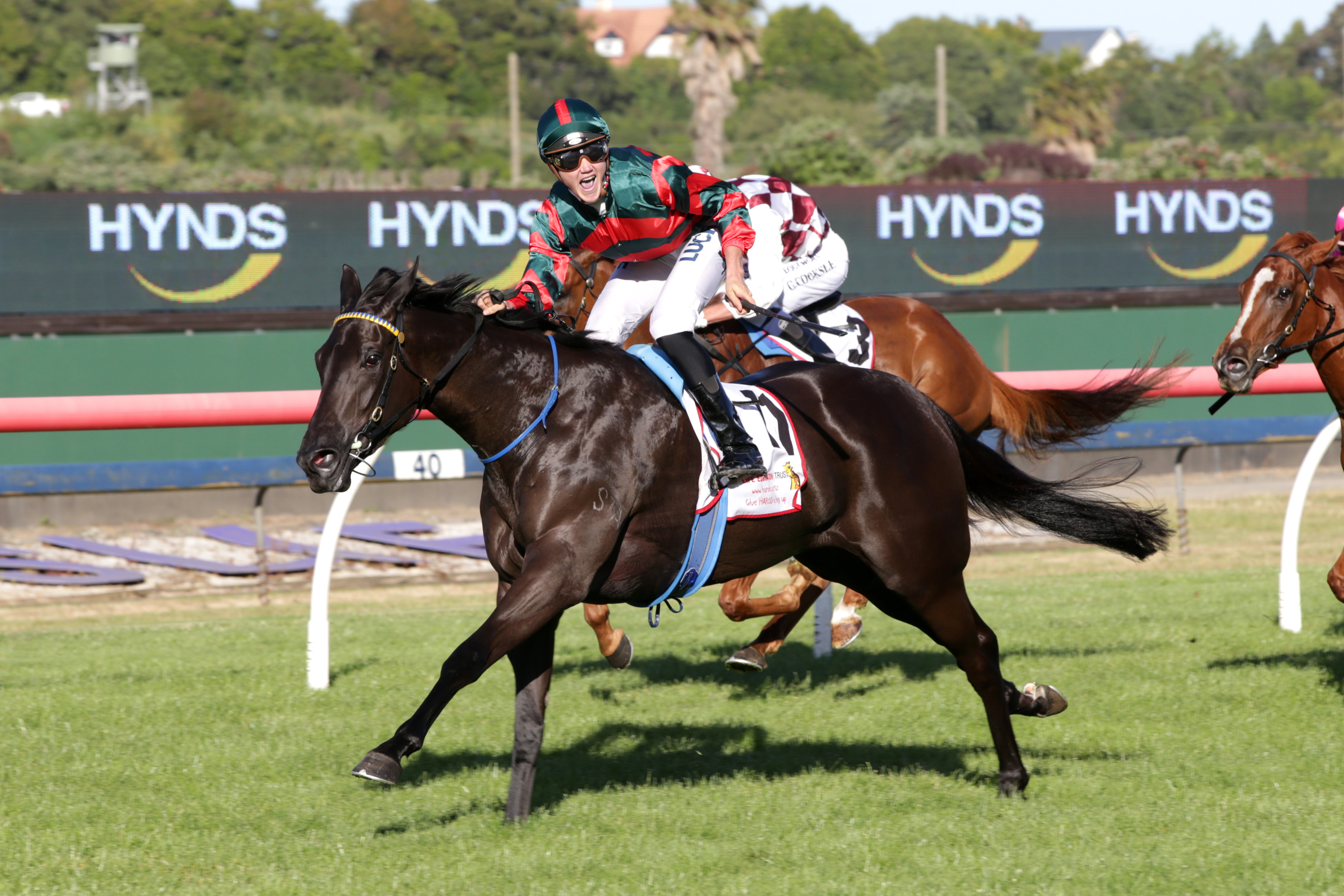 Having only her third outing – after finishing second on debut and winning by three lengths in November – Spring Heat is clearly something right out of the box, coming wide when turning for home in the Bonecrusher and unleashing an explosive turn of foot to win by two and a half lengths.

Adding to the performance was 4-time stakes winner and race favourite, Prom Queen, who was eventually relegated to fourth.

The Bonecrusher had a distinct Aussie feel to it given that visiting jockey, Jake Bayliss, was on board. The 23-year-old Bayliss, with over 150 wins in Australia, is enjoying a Summer Carnival ‘sabbatical’ in New Zealand, riding for Mike Moroney’s Ballymore Stables and for Spring Heat’s trainers, Lance O’Sullivan and Andrew Scott. Since arriving in November, Bayliss has ridden 12 winners and, in fact, steered another Australian-bred sprinter in Volpe Veloce (a 4-time stakes winner), to success in the race directly before the Bonecrusher.

Spring Heat is owned by Hong Kong’s Hermitage Thoroughbreds, who also had Group One success in New Zealand earlier this year via the Australian-bred colt, Summer Passage, winner of the Sistema Stakes.

Spring Heat was purchased by O’Sullivan and Scott, under their Wexford Stables banner, for $240,000 at the 2016 Inglis Australian Easter Yearling Sale.

“We’ve had a big opinion of Spring Heat for a long time,” Scott said post race. “We gave her a little run along this time last year and she showed us a huge amount of natural ability.

“She got a bit lost turning into the straight on Saturday but to finish the way she did and get away from them in the last little bit was very impressive. She’ll really benefit from the experience … it’s exciting.”

Spring Heat is one of 178 stakes winners for the Vinery Stud based stallion, More Than Ready, and is the best of five winners from the Redoute’s Choice mare, Emaurismo: in turn a daughter of Zeditave’s Group Two winner, Katima.

Bred by Jennifer Mackay, Spring Heat was sold by Royston and Catriona Murphy’s Sledmere Stud at Scone who remember the filly as an “absolute standout”.

“We (Sledmere) prepare and sell around 75 yearlings annually and Spring Heat was part of last year’s Easter draft,” Catriona Murphy points out. “Sledmere had colts sell for $650,000 and $500,000 in 2016, but you wouldn’t find a nicer type than Spring Heat.

“Sometimes you just get a real feeling about certain yearlings. Right from day one she was impressive … tough filly, great attitude, with this amazing hindquarter, and went through the entire prep without missing a beat.

“The dam (Emaurismo) has had five winners, although the pedigree was probably at the lower end of the Easter catalogue. That said, Spring Heat’s athleticism really won the day and it comes as no surprise whatsoever that she’s going so well for her new owners.”

Sledmere Stud, which was originally owned by Ann Raymond, is one of the most prolific nurseries in the Hunter Valley and the Murphys have now been running the show since 2013.

“Ann was my great aunt and bred a lot of very good horses over the years,” Murphy adds. “Since we took over, we’ve had a Group One winner in Politeness (six stakes victories including the Myer Classic) and I wouldn’t be surprised if Spring Heat turns out to be as good.

“Unfortunately, Spring Heat’s dam, Emaurismo, lost her Rubick yearling recently, but has a cracking Shooting To Win filly at foot and, while she’s been given a year off, we’ll probably send her back to More Than Ready for an early cover next spring.

“Jennifer Mackay is my mother and she breeds from around 15 mares a year which are sent down to us from her farm (Cangon Stud) at Dungog to foal down. Spring Heat was born and raised and prepped at Sledmere, so it really has been a family affair.”