Stanley Full Of Energy For Spring 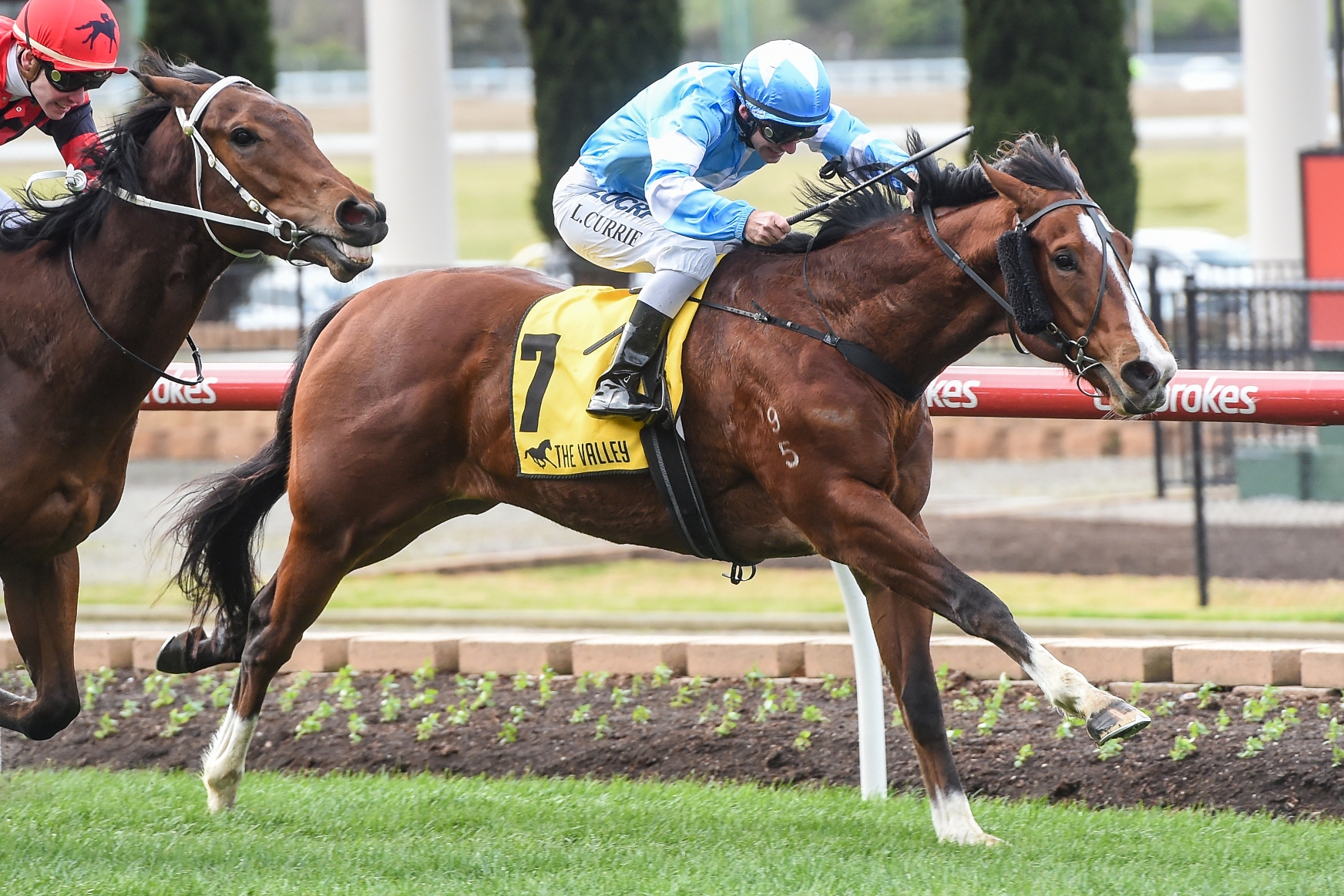 Once upon a time a top notch jockey with Caulfield Cup (Arctic Scent) and Blue Diamond (Paint) victories amidst his career highs, Brent Stanley switched to the training caper some five years ago, where the likes of Group Two winner, Sweet Sherry and 2YO stakes winner, Veuvelicious are just some of his leading lights.

However, the Sutton Grange-based trainer is shaping up for his best season to date with several promising spring contenders, among them the newly minted 3YO, Mig Energy, an impressive winner on debut at Moonee Valley on Saturday.

Stepping out in the Essendon Mitsubishi Handicap over 1000m, Mig Energy flew from near the tail of the field to haul in his more experienced rivals, including the stakes placed Godolphin runner, Sanglier.

“I didn’t hide him from anyone … I put his trial up on Facebook on Saturday morning to show where he had won by three lengths the previous week.”

Now Stanley believes Mig Energy could be a serious chance for Group One Caulfield Guineas glory (over 1600m on 13 October) or maybe the Group One Golden Rose (over 1400m at Rosehill Gardens on 22 September), but was waiting for the dust to settle on Saturday’s run.

“He has got to keep improving but I think 1400m to a mile will be his ideal distance, so if he’s going to make the grade, this is the time of the year to be in,” Stanley adds.

Mig Energy – a son of Champion Sire Redoute’s Choice from the Group placed Peintre Celebre mare, Hifalutin – could well line up in the Caulfield Guineas against his stablemate, The August, who has won his only two starts to date, including a 1100m flyer at Flemington in June.

“Both Mig Energy and The August are raced by the Hong Kong based Chen family,” Stanley reveals. “I got to know Mr Chen when I was riding and he’s been a terrific supporter of the stable and I have around seven of his in work.

“He really stepped up his involvement last year and we purchased Mig Energy for $350,000 at (the Inglis Australian) Easter (Yearling Sale), while The August was a $150,000 buy out of the (Inglis) Melbourne Premier.

“The thing I really liked about Mig Energy at the sales was his ability to get into stride right away. A lot of horses have a great walk, but he was marching straight into it.

“Terrific attitude too. It’s pretty intense at the yearling sales but nothing seemed to phase him.

“He wasn’t ultimately gelded because of his attitude. I trialled him in April and May, but after the second trial he clearly a bit sore in the nether regions. That’s why he was gelded and therefore didn’t start him until Saturday.”

(With 45 in work, Stanley also has a big opinion of Fastnet Rock filly, Casadiva, a $1.15 million purchase from the 2017 Inglis Australian Easter Yearling Sale who won impressively on debut at Bendigo in February. Along with The August, Casadiva trialled at Cranbourne on Monday morning and is likely to target the Group One Thousand Guineas, also at Caulfield on 13 October).

Bred by Bradley Thoroughbreds in Western Australia, Mig Energy is the second last foal for Hifalutin, whose now 2YO full brother to Saturday’s winner was sold for $170,000 to Gangemi Racing at the 2018 Perth Magic Millions Yearling Sale.

A winner of six races and Group placed, Hifalutin is closely related to 3-time Group One winner, Special Harmony, but unfortunately died in February last year.

HOOF NOTE: With three winners from as many runners on Saturday, Stanley also earned some notoriety, of sorts, when his High Chaparral 6YO, Red Alto, won the Cindy Sullivan Memorial Handicap over 2400m at Royal Randwick: his sixth career victory (along with eight placings) from 39 starts and $356,010 in stakes. In a field of nine for the Cindy Sullivan, eight of the runners were trained by Chris Waller.