Star Turn Is A Witness To History 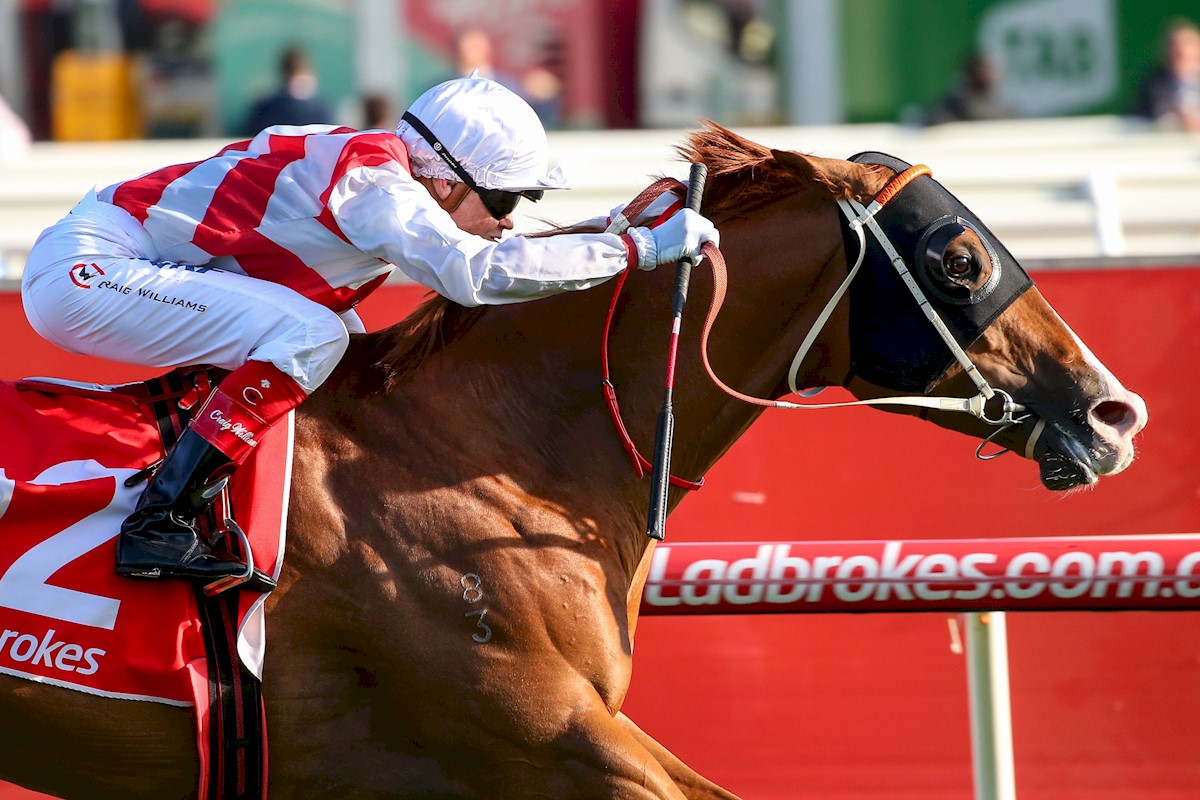 Over the last 25 years Bell’s grey and red diagonal striped silks have been carried to monumental racetrack success by such outstanding gallopers as Schillaci, Grand Armee, Deep Field and now, Star Turn.

Indeed, it was somewhat fitting that the rise and rise of Star Turn continued at Caulfield on Saturday in a race named after Bell’s first Group One winner, Schillaci.

Trained by Hawkes Racing, Star Turn didn’t have the best of running in the Group Two Schillaci Stakes but eventually flew home for a resounding victory over the 1100m.

It appeared to be a primer for Group One glory as Star Turn is now likely to take on the breed-shaping Coolmore Stud Stakes at Flemington on 29 October.

“I’ve always considered him (Star Turn) to be Group One class and that was an impressive effort on Saturday,” Bell points out.

The Schillaci victory also capped off a memorable Saturday for the Widden-based stallion, Star Witness, who – aside from Star Turn – is the sire of Global Glamour, who won her second Group One in seven days when taking out the Thousand Guineas, and the Australian-bred, Mella Maria, a Group Two winner in South Africa.

Bell too has an incredible strike rate: a veterinary surgeon by profession and one-time trainer in his own right, he can lay claim to success at racing’s most elite level from just a “handful of horses”.

“It’s hard to single out one against any of the others – they’re all different, all have their own personalities: Schillaci won eight Group Ones – nine if you take into account the Moir Stakes,” Bell adds. “I’d always wanted to win a Doncaster too and achieved that with Grand Armee, who also defeated Lonhro in the Queen Elizabeth. As for Deep Field, well, he was a terrific racehorse and is off to a pretty exciting start (as a sire) at Newgate Farm.

“Hopefully, Star Turn will win his Group One in a race like the Coolmore – he’s certainly heading in the right direction.”

One thing is for sure, Star Turn has really made his presence felt since resuming in August, following up his Group Three San Domenico Stakes win (defeating Golden Slipper winner Capitalist) and neck second to Astern in the Group Two Run To The Rose in August, with the Schillaci win. As a 3YO colt taking on the older horses he gave them a galloping lesson, racing away to score by over two lengths.

“There has already been plenty of interest about standing him at stud, but nothing concrete at this stage … I’m sure if he wins the Coolmore there’ll be a lot more calls!”

If Star Turn is successful in the Coolmore he will emulate his sire, Star Witness, who won the ‘breed shaping’ sprint in 2010 before retiring to Widden Stud the following spring.

“What’s not to like about Star Witness,” Bell enthuses. “When a stallion looks like he does, wins a (Blue) Diamond at two and the Coolmore and then produces such nice yearlings, it’s no wonder he’s going so well.”

After Star Turn won his first race (at his second start) as a spring 2YO and prior to his close second in the Group Three Blue Diamond Prelude, Bell also purchased a three quarter brother to Star Turn for $750,000 at the 2016 Gold Coast Magic Millions – the highest price for a Star Witness yearling thus far – and is also with Hawkes Racing.

Named Eden Roc, the colt from Hilton Head won a barrier trial at Rosehill last month and is poised to add to the rapidly growing list of Star Witness luminaries.

As for Star Witness, the son of Starcraft has enjoyed a meteoric rise this season. If a week is a long time in politics, it can be career changing for a thoroughbred stallion.

Although he has been making a name for himself for some time – Star Witness was Champion Second Season Sire by Winners in 2015/16 – the past seven days have been nothing short of incredible.

Aside from Star Turn’s star turn, Star Witness also made global headlines, literally, when his filly, Global Glamour, backed up her Flight Stakes win at Royal Randwick on 1 October with a second Group One victory on Saturday in the Thousand Guineas at Caulfield.

Coupled with the Group double at Caulfield, Star Witness also produced a city double with debutante 2YO, She’s Our Star scoring comfortably at Doomben, while lightly raced 4YO, Federal Court, got the verdict in a thriller at Morphettville.

“Yes, it really has been an amazing week for Star Witness,” Widden Stud’s Ryan McEvoy remarks. “We’ve had a lot of faith in this horse from day one, but the events of the past week have really stamped him as a sire to be reckoned with. He now has nearly $1.4 million in progeny earnings in 2016/17 and is some $800,000 clear of his nearest Third Season rival. He’s also one of Australia’s Leading 3YO sires and remains terrific value for breeders.

“We can’t wait to see what the rest of the Spring will bring.”