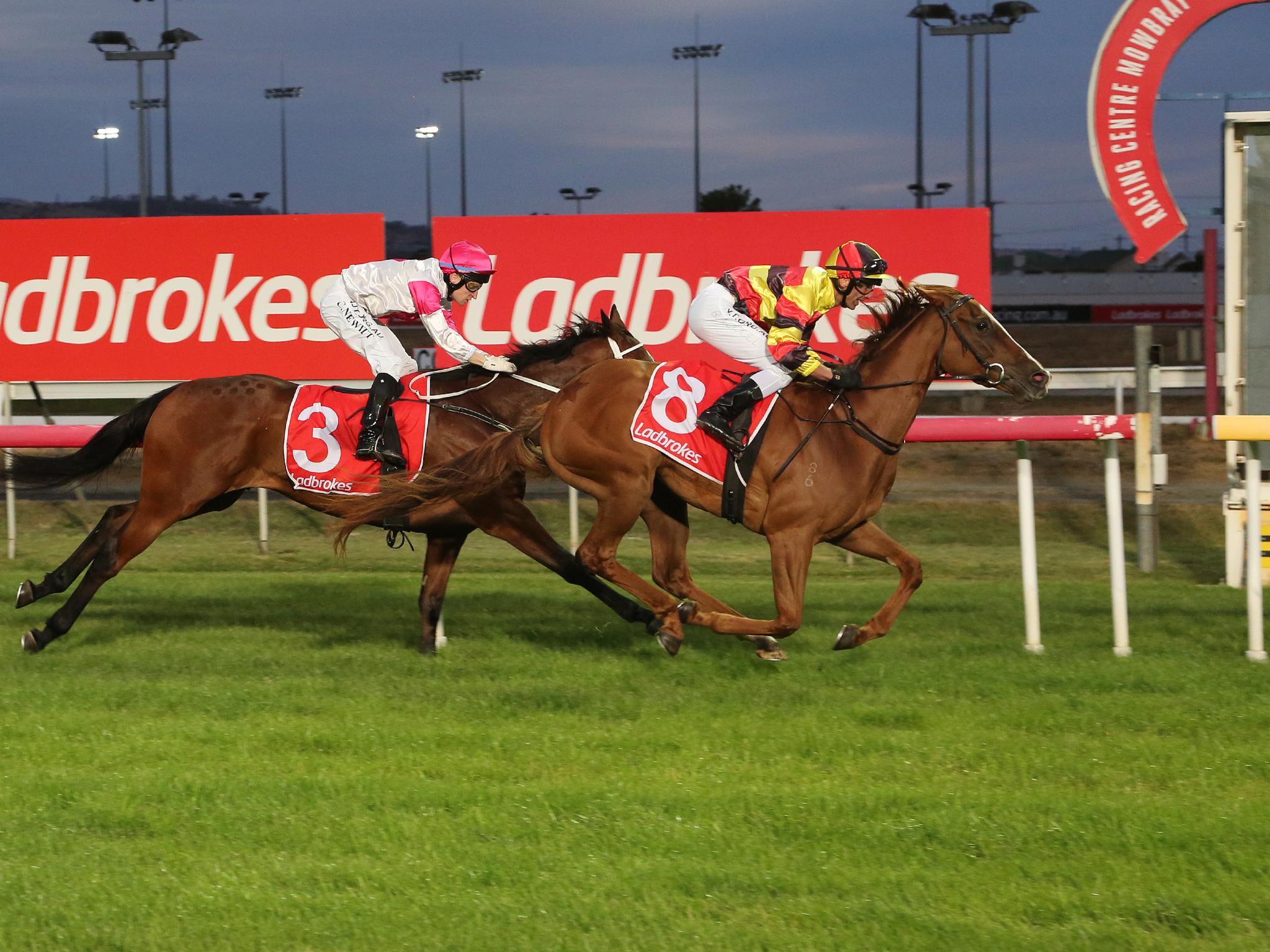 Heading into Saturday’s Listed Ladbrokes Tasmanian Guineas over 1600m at Launceston, Still A Star had compiled an impressive record of three wins and five seconds from eight starts, but can now add black type to the CV after such a gutsy performance.

“There’s not too much to her and she’s still fairly small,” Ryan explains. “She was a late foal and pretty tiny at the sales, that’s why I got her so cheaply.

(Offered by breeder, Alva Stud, Still A Star was knocked down for just $13,000 at the 2018 Tasmanian Magic Millions Yearling Sale).

“Whatever she loses in stature though, she more than makes up for with her tenacity.

“She’s got a real attitude … a LOT of attitude actually. I emailed the other owners on Sunday morning and told them she fights like a junkyard dog and has a heart as big as herself.”

A former jockey (“I lost the battle of the bulge”), Ryan has been training since the mid 80s but spent half a dozen years in NSW working for the late TJ Smith, doing pre-training and caring for his spellers.

“It was great working for such a legend as TJ, but I love Tassie and really couldn’t wait to get back,” Ryan reveals. “I’ve got about eight in work at Longford and my kids are very much involved – my daughter has her trainer’s licence and my son races horses too.”

Despite a relatively small team, Ryan has saddled up multiple stakes winners such as Pateena Arena, Iggimacool and Colonel Parker, while the trainer nominates Colonel Parker’s mum – the 7-time winner, La Molokai as his No. 1.

However, Still A Star doesn’t appear to be too far behind in the favouritism stakes.

“She’s such a trier … never finished out of the top two and she’s actually been unlucky in quite a few of those starts,” Ryan adds. “Still A Star has the (Listed) Launceston Guineas in a fortnight and then we’ll see if we can stretch her out to the Strutt Stakes and Tasmanian Oaks (both over 2100m) next month.

“She’s already starting to attract a bit of weight though, so I’m a bit unsure as to where she’ll head after the carnival down here.

“My daughter kicked on with the owners on Saturday evening … night! … and they were talking about the ($5 million) All Star Mile in March. Hey, it costs you nothing to dream.”

A daughter of dual Group One winning sprinter/miler, Toronado, Still A Star is the second winner for Casino Prince mare, Lita.

Foaled and raised at Catherine Hills’ Alva Stud, a 250 acre property at Hagley in Tasmania’s north east, Still A Star is the first mating planned by Hills since purchasing Lita – in foal to Unencumbered – for $20,000 at the 2015 Inglis Easter Broodmare Sale.

“Both my grandfather and father were involved in racing and when my father passed away we inherited his racehorses,” Hills points out. “I got involved with breeding about 15 years ago and, while I don’t profess to know a whole lot about that aspect of the industry, I’ve had advice from some very good people along the way … Armidale Stud, Jenny Watson, David Bay to name just a few, while my bloodstock agent is Damon Gabbedy.”

Tracing back to the influential (5th dam) Jewel Flight, Still A Star also boasts linebreeding – through a daughter and son – to the legendary mare, Special.

“Still A Star was never going to bring a decent price due to her size but Bill (Ryan) has done a great job with her and the Unencumbered – Heavenly Bridges – won a couple of races for Henry Dwyer in Victoria last year,” Hills adds. “Lita is now in foal to Bolt d’Oro at Spendthrift, but I’ve got a lovely Manhattan Rain filly entered for next month’s Tasmanian Magic Millions Yearling Sale.”

Still A Star’s victory was met with great enthusiasm on the mainland too with her sire, Toronado, standing at Swettenham Stud: becoming his first stakes winner from Australian-bred progeny.

“That was a terrific result for Toronado and a big day all round,” an elated Swettenham Stud Sales & Nominations Manager, Sam Matthews, points out. “He also had that good filly of Ellerton and Zahra, Mrs Beckham, win at Caulfield on Saturday and, while his oldest are only 3YOs here in Australia, he’s getting a nice even spread of fillies and colts winning races.

“Toronado’s sire, High Chaparral, died in 2014 but his influence is still being felt with Mississippi Delta winning the Perth Cup on Saturday and his sons, Dundeel and So You Think doing a great job at stud.

“Toronado has received magnificent support since arriving at Swettenham and covered 197 mares last spring, which I’m fairly sure would have made him the most popular sire in Victoria last spring.”