Streets Ahead During Cup Week 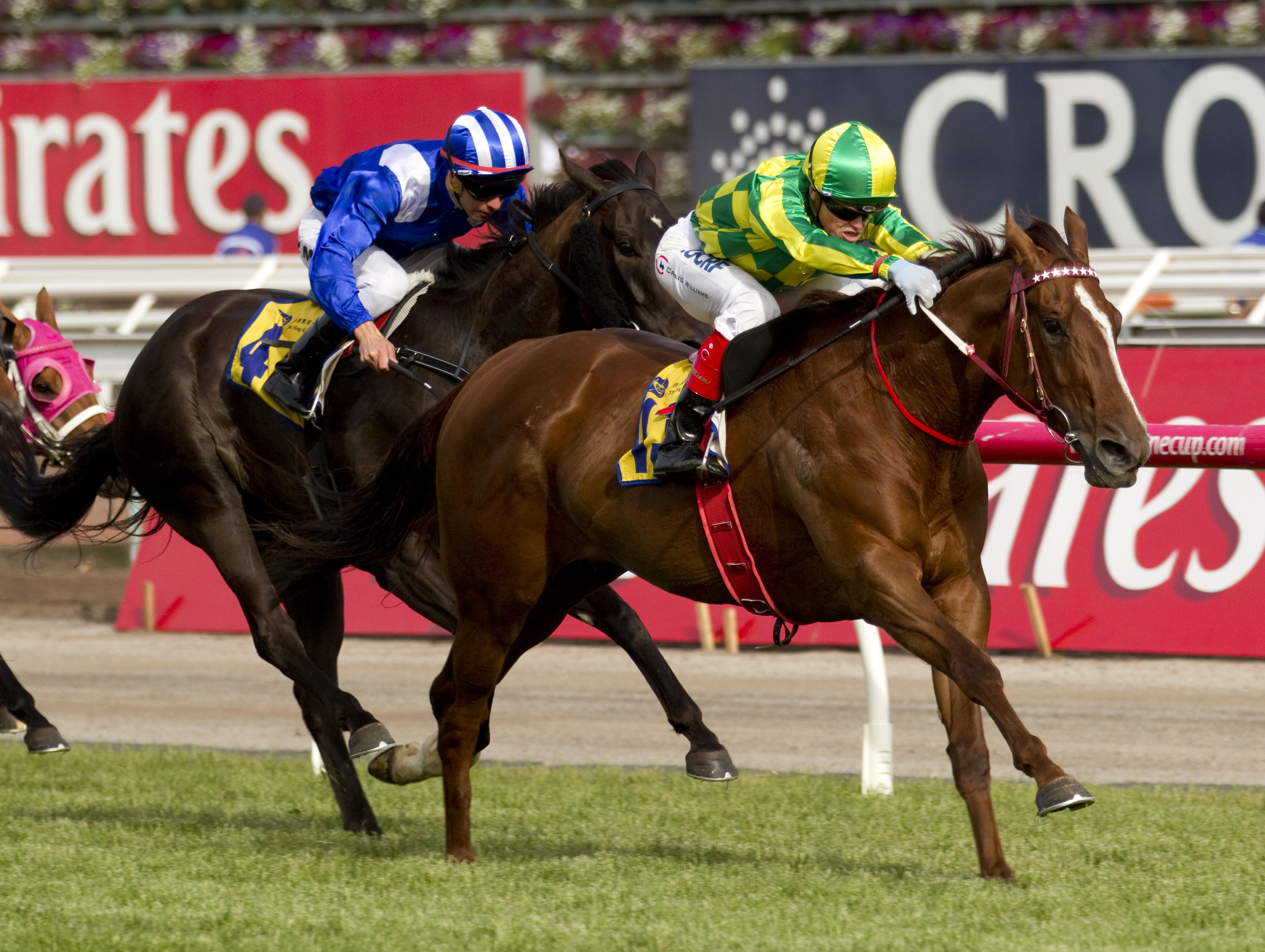 As one of the most significant meetings on the world stage, the Flemington Spring racing carnival encompassed; four outstanding race days, 37 races, 26 at stakes level, over $17 million in prizemoney on offer highlighted by eight individual Group 1 races.

With Street Boss the only stallion currently shuttling to Australia, basing himself at Darley’s Victorian property Northwood Park, the Group 1-winning sprinting son of Street Cry was represented by Darren Weir’s Scarlet Billows (pictured above) in the Group 3 Hong Kong Jockey Club Stakes (1400m), while classy sprinter The Quarterback produced a outstanding effort in the in the Listed Dilmah Earl Grey Stakes (1200m) to come from back in the field to record victory.

Street Cry was represented by Pierro half-sister Ambience on the opening day of the carnival, winning the Group 2 Wakeful Stakes by a space, before the filly backed up to finish third in the Group 1 VRC Oaks.

Also successful for the Dubai World Cup winner were Sea Lord in the Listed MSS Security Sprint (1200m), a race he had contested for four consecutive years while Pittsburgh Flyer (below) arrived for a narrow photo finish in the Group 3 GH Mumm Stakes on Oaks day.

Politeness, a daughter of Kentucky Derby winner Street Sense has been in red-hot form all Spring, winning two at Group 3 level before heading to the Group 1 Myer Classic on Derby day, delivering a stunning victory for owners Phil Sly and Katsumi Yoshida, before backing up seven days later in the Group 1 Emirates Stakes where she finishing an unlucky short head second.