Phil is Streets Ahead After Futurity 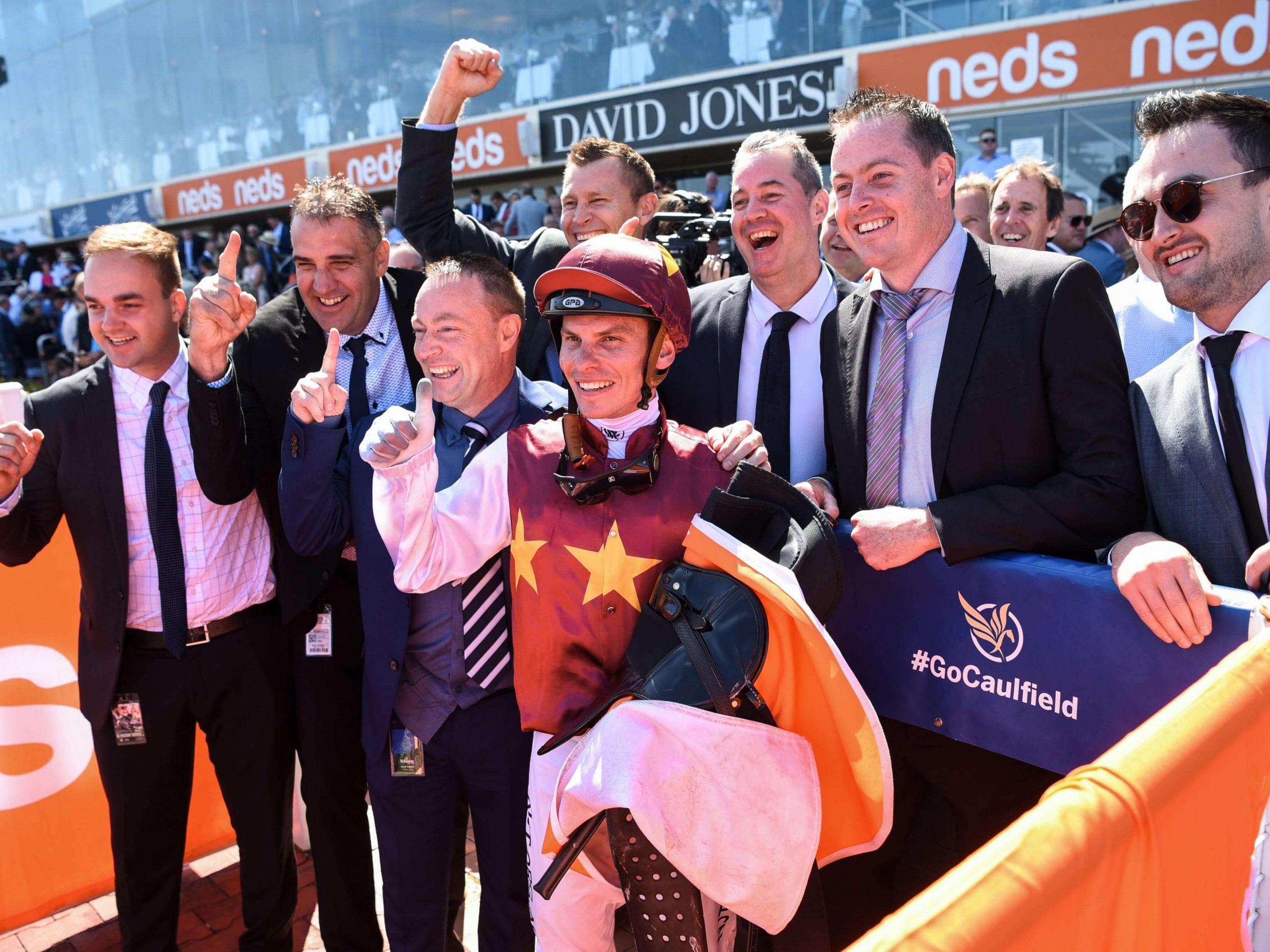 Phil Warren had a good day at Caulfield on Saturday … a very good day.

Streets of Avalon – the galloper he bred and part owns with close mates – won the Group One PFD Food Services Futurity Stakes over 1400m in an absolute thriller: denying his much vaunted opposition with a bold front running display.

Warren races four gallopers with Mornington trainer, Shane Nichols, and has just the two broodmares, so it’s a Group One first for the breeder/owner, but it’s not like the Futurity success came as a major surprise. Well, at least not to Warren.

“He’s been a consistent racehorse all along and he’s only twice finished out of the top four at 1400m from 15 tries,” Warren points out. “He won the Group Three Victoria Handicap over the trip at Caulfield last April and the Group Three Moonga Handicap in October, while he also finished fourth in the Group One Sir Rupert Clarke last spring.

“Before he came back this time, he won a trial by a massive distance, finished a good third in the (Listed) Barton Stakes when resuming last month and was a moral beaten just a week ago at Flemington.

“That’s why Shane decided to back him up again in the Futurity.”

Yet despite the rapidly looming presence of Super Seth, Streets of Avalon fought on gamely over the closing stages to defy expectations and take his earnings to $1,159,210 from eight wins and 17 placings.

Officially, Streets of Avalon would firm in the market from $13 to $9.50 but Warren was lucky enough to secure $36 early in the piece.

According to his trainer, Streets of Avalon will next appear in the All Star Mile at Caulfield on 14 March with the Futurity gaining the flashy bay automatic entry into the $5 million race.

“God, he’s a tough horse,” Nichols enthused. “I thought Super Seth, with less weight than us was going to be a problem but our bloke just didn’t wilt.

“Bring on the All Star … might as well have a crack for the big cash as he’s now smashed through the million dollar barrier.”
Streets of Avalon becomes the fourth individual Group One winner for Sun Stud’s Magnus (21 stakes winners overall) and is out of the Black Minnaloushe mare, Kamuniak, a sister to Champion Kiwi 2YO, Jokers Wild.

The family itself reads like a who’s who with other relations including Reward For Effort, Overreach, Ivory’s Irish, Turffontein, Precious Gem, Hit The Roof, Able Friend and co.

Warren, who is involved in the technology industry, purchased Kamuniak as a yearling – for $75,000 – in tandem with Simon O’Donnell and Terry Henderson of OTI Racing.

“I’ve had a few over the years under my Warren Racing banner including (multiple city winner) Duaneo and, before I went out on my own, I raced New Kid In Town with Simon and Terry who went on to win a (Listed) Andrew Ramsden and Warrnambool Cup,” Warren reveals.

“Simon was a business partner of mine and Kamuniack was the first horse I ever bought.

“She raced a few times without doing much and when she’d finished racing I decided to breed from her and bought the others out.

“She was a cheap horse really: we got her as a yearling around the time that Jokers Wild had just finished racing.

“The first two foals didn’t do much, but then I sent her to Magnus and we’ve ended up with a Group One winner.

“I strictly breed to race, but Shane said we should breeze up Streets of Avalon for the (2017) Inglis Ready To Run Sale. Anyway, the horse had minor x-ray issues and we thought he’d get nothing in the ring as a consequence, so we kept him to race. Turned out to be a pretty good decision, eh!”

Warren quickly filled the syndicate with good friends – even better friends now one would assume! – and the same group is also gearing up to race the as yet unnamed 2YO full sister.

“Shane loves the filly and reckons she’s going much better than Streets of Avalon was at the same stage,” Warren explains.

“Everyone has bought into her and even the father-in-law is in this one. Pressure’s on now to make sure she’s as good as Streets of Avalon.”

Warren & co. will also eventually race the Starspangledbanner yearling filly from Kamuniak, while the mare is currently back in foal to Magnus and “hopefully carrying another colt”.

Um, isn’t that ‘Rocket Man, burning out his fuse up here alone’?

“Yes, it certainly is, but Streets of Avalon sounds a whole lot better than burning out his fuse.”

Based on Saturday’s performance, the gallant Streets of Avalon certainly doesn’t look like he’ll burn out his fuse any time soon.