Getting High On Syndication 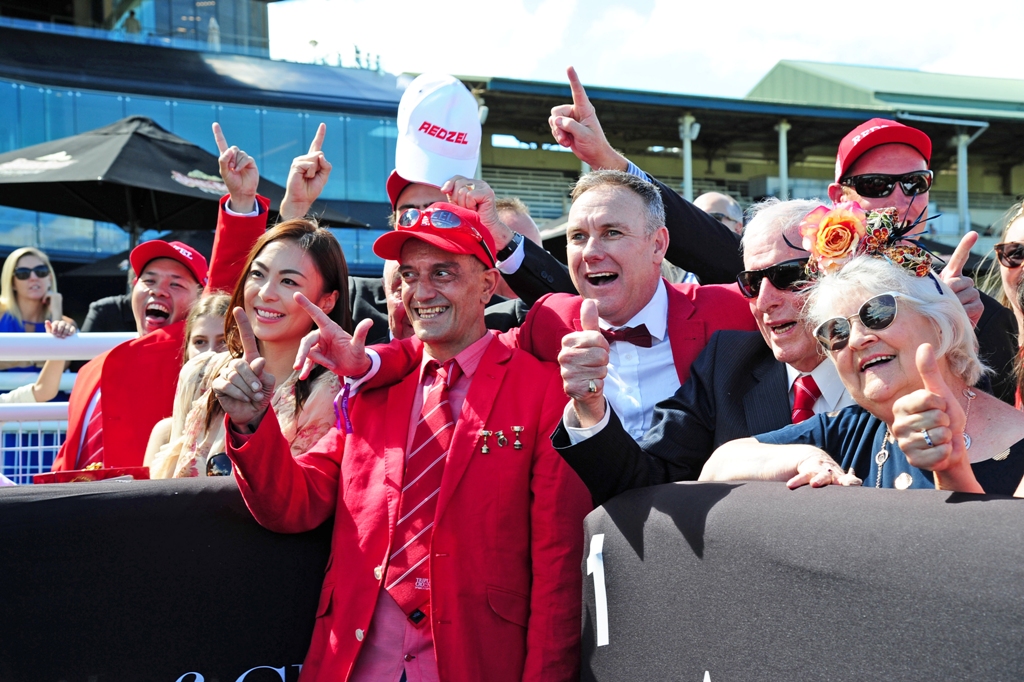 Racehorse syndications have probably been around since Ben Hur copped a bad check at the Circus Maximus, but their popularity has increased substantially in recent years.

Little wonder! At major meets on the first two Saturdays in March, at least five stakes races were captured by horses which were originally available to the masses.

Blueblood Thoroughbreds hasn’t missed out on the action either, chiming in with three stakes winners in the space of seven days, courtesy of Seabrook (Group Two Sweet Embrace Stakes) and Secret Agenda (Listed Bob Hoysted) on 3 March and She’s So High in the Listed Incognitus Stakes at Flemington on Saturday.

“We (Blueblood Thoroughbreds) started in 2010 and were purchasing around eight to 10 yearlings annually, but that increased to 20 in 2017 and hopefully we’ll do around 25 syndications this year,” Mourad explains.

Despite the success of Seabrook (a major contender for Saturday week’s $3.5 million Golden Slipper), She’s So High and Group placed Sedanzer ($466,500), the flagship for Blueblood Thoroughbreds is Secret Agenda who, courtesy of victories in the Group One Robert Sangster and three other stakes races, has now pocketed close to $1.4 million in prizemoney: after originally being purchased for $120,000 at the 2014 Gold Coast Magic Millions Yearling Sale.

“There are a couple of people that are in both the Secret Agenda and Seabrook syndicates so, you can imagine they’re pretty happy with what’s been happening of late,” Mourad points out. “We’ve got a lot of loyal owners who back up for other syndications, but I’m pleased to say that there is also a lot of people coming in that have never owned a horse before.”

One of those is She’s So High shareholder, James Gunn, who owns 10% of the I Am Invincible filly with his fiancée, Milly, and her parents.

“We were all actually sitting around the pool on a holiday in Bali and wondering if life got any better than this,” Gunn recalls. “That’s when we decided to race a horse together and I did some research online. My background isn’t in racing but I’ve always had a bit of an interest and was keen to race one with Mick Price, plus I like the I Am Invincibles.

“David and Carol Walsh (Blueblood Thoroughbreds Director) are very professional and could not have made it any easier for us and we haven’t looked back.”

Since his foray into racehorse ownership, Gunn joined the ranks at Victoria Racing Club around six months ago and his view – whenever he departs the front door of the office – is pretty much the same as She’s So High had from the 1100m start at Flemington on Saturday.

“It’s been a tremendous experience,” Gunn enthuses. “We didn’t know anyone else in the syndicate when we first signed on, but now we always greet the other owners with a hug on race days. We’ve since become friends with a few, including another young couple from Adelaide and a few retirees who are involved. A lovely bunch of people.”

“There were 150 to 200 people at Peter and Paul Snowden’s Randwick stables on Sunday morning and, trust me, they were a very happy bunch,” Ward reveals. “Redzel’s Challenge win was a terrific result obviously, but so too was the first stakes victory for Emperor’s Way. That was his fourth win in a row in town and he just never gives up.”

With 25 Group wins since 2010 including Group One winners Redzel, Hot Snitzel, Peggy Jean and Lotteria, the brothers Ward are renowned for their meticulous approach to yearling selection, but reckon Emperor’s Way – by Roman Emperor – came right out of left field.

“We certainly didn’t go to the (Inglis) Classic looking for a Roman Emperor, but he was just an outstanding athlete and we had to buy him. Pulled the right rein with that one,” Ward explains.

Averaging around 20 syndications annually, Ward believes the take up is around 50/50 … 50% existing and 50% new clientele.

“I reckon the greatest thing syndication has going for it is the camaraderie … I’ve been into a few owners’ rooms over the years and, while they are never big spaces, you often just have a few people celebrating a win. On Saturday the room was jam packed … you simply could not have squeezed anyone else in. That’s what makes it special.”

Sydney restauranteur, Michael Chau, is a huge fan of syndication too, which hardly comes as a shock, given that he has shares in both Redzel and Emperor’s Way.

“I came to Australia as a kid in 1979 and was always amazed at how people got so crazy about the Melbourne Cup,” Chau recalls. “As I got older I was keen on the occasional punt, but I always wondered what it would be like on the other side of the fence. Eventually I got involved with Triple Crown in 2012 and my first horse turned out to be (Group winner) Cavalry Rose.

“I’ve since been in around 10 syndicates with Triple Crown and currently have a share in six horses.

“Racehorse ownership in other countries is nowhere near as accessible as it is here in Australia. You get to spread the expense, meet a whole bunch of new people and, based on recent experience in particular, you can have a very good time.

“I’m married with three young children and we all enjoy it. Besides, my wife is really enthusiastic about the whole ownership thing now, so there’s definitely no turning back!”