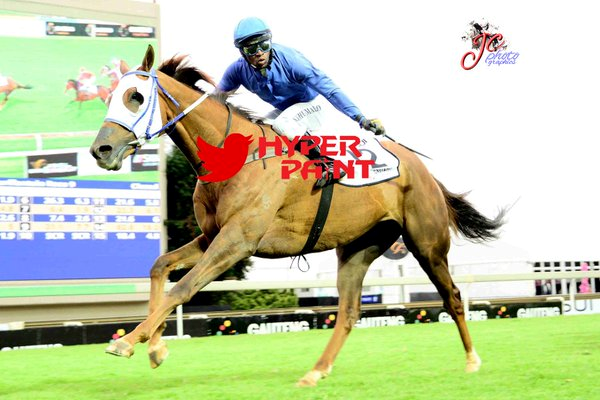 Bred in partnership by Bott, Larry Nestadt and Bernard Kantor, Supertube was one of three yearlings from Where’s That Tiger’s first crop to head to South Africa with the ill-fatted and highly talented Tiger Quest also bred by the trio.

Trained by Dominic Zaki, Tiger Quest was a winner of the Listed Gardenia Stakes at Turffontein as well as recording a host of stakes placed efforts including a narrow second to fellow Australian-bred Honorine (Redoute’s Choice) in the Group 2 Camellia Stakes.

A stayer of some promise, the Sean Tarry-trained Supertube was stepping up to the 3200m for the second time in his 19 career start and treated his rivals with contempt as inform jockey S’Manga Khumalo produced the five-year-old with a well-timed run to kick on past Listed Aquanaut Handicap winner Cool Chardonnay to score an emphatic two and a quarter length victory.

“The decision was made to send Where’s That Tiger to stand in South Africa, so it made sense to send a few of his progeny over to help promote him,” said Evergreen Stud’s Tony Bott.

“Clients and old friends Larry and Bernard are both South African, so we felt it was the best place to send the stallion as he wasn’t proving commercial here in Australia.”

“He is also a full brother in blood to Brave Tin Solider, as their dams are full sisters and that stallion stands at South Africa’s leading farm Summerhill Stud, so we felt that breeders there would know the blood lines.”

From a breeding aspect, Supertube has a very interesting pedigree with his sire Where’s That Tiger being out of a daughter of Angel Fever – herself the dam of Supertube’s broodmare sire Fusaichi Pegasus. Thus, Supertube is inbred very closely to the Danzig matron Angel Fever.

With Australian-breds enjoying a tremendous 2014/15 racing season, supplying 23% of the Group 1 wins from just 3% of the racing population, trainer Sean Tarry has had much success with yearlings sourced at Australian sales, producing Happy Archer to with the Group 1 Garden Province Stakes and the Group 1 Thekwini Stakes, as well as Willow Magic to win the Group 1 SA Nursery.