Banking On A Stakes Win? It Was Inevitable 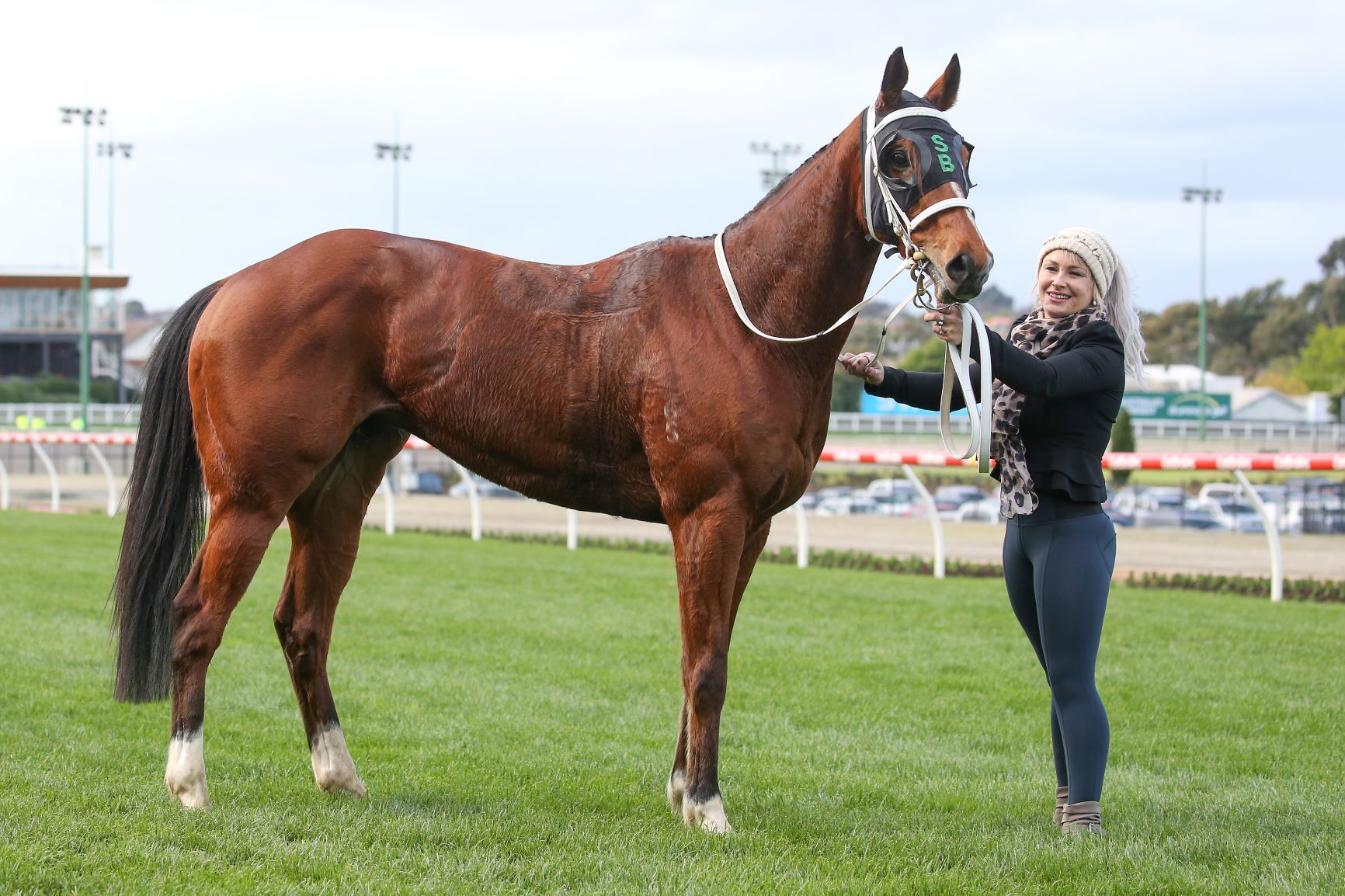 It was inevitable we suppose. Tasmanian racing and breeding has a knack of producing a stand out racehorse every few years, but based on the rise and rise of Mystic Journey and the brilliant performance of Saturday’s Listed Strathmore Bendigo Bank Stakes winner, The Inevitable, the Apple Isle heads into the spring with at least two potential stars.

The thing about The Inevitable though is that he doesn’t exactly look like a world beater.

A ‘pocket rocket’ according to some … a ‘pit pony’ to others.

It’s not about the size of the dog in this fight however and, with seven wins and a second from nine outings, The Inevitable clearly is not short on fight, or flight.

Lining up for the barriers at Moonee Valley on Saturday, The Inevitable stood out simply because he was smaller than the rest of his playmates, but at the business end of the race it was proving to be much more difficult to make a comparison, given that he was so far out on his own – eventually winning by four lengths!

Part-owner and proud Tasmanian, Wayne Upton, was at the Valley for the Bendigo Bank – “we wouldn’t miss any of his runs” – and while he has known both trainer Scott Brunton and father, David, for many years, Upton credits his son, Adam, with making the decision to buy into The Inevitable.

“Adam and I are best mates and he runs our family’s construction company here in Tassie,” Upton reveals. “Adam liked the breeding and we ran into David after he had bought the horse for Scott at the (2017) Adelaide Magic Millions (for $90,000 from the Cornerstone Stud draft).

“David asked if we’d like to buy a share and Adam immediately said yes, but when we eventually saw the horse and realised how small he was … geez!”

The Inevitable would race just the once as a 2YO, finishing a three quarter length third over 1100m at Hobart in June last year, but when resuming in September, peeled off four successive victories in Tasmania before heading to Flemington for the Group Three CS Hayes Stakes at Flemington, which he won in a thriller.

The Inevitable then loomed dangerously in the Group One Australian Guineas in March, but pulled up severely distressed by the heat, eventually finishing eighth behind fellow Apple Isler, Mystic Journey.

There was obviously no long-term harm as The Inevitable resumed last month with a win over 1000m at Flemington – an interesting tussle with another rising star in Assertive Approach – before Saturday’s tilt at the Valley.

“He (The Inevitable) returned on the boat on Sunday night and will be back at the stables on Monday afternoon,” an elated Scott Brunton, points out. “We’ll make a decision over the next couple of days, but it’s likely he’ll head to Sydney for the ($500,000) Silver Eagle and then, with any sort of luck, onto the (inaugural $7.5 million) Golden Eagle at Rosehill on 2 November.”

No prizes for guessing who will be in the crowd in Sydney.

“We’re going to Las Vegas to celebrate Adam’s 40th birthday but definitely back in time for The Inevitable’s next run,” Upton claims. “I’ve owned around 40 since my first horse in 1995. His name was Tarot Star and won three of his first four races before being sold to Hong Kong.

“I also raced quite a few horses with Charlie Goggin, including Brorama Star who won six Cups in Tasmania … the 2001 Hobart Cup among them. We’re a pretty tight knit mob down here and the first time I met Scott he was just a hairy arsed kid running around Charlie’s stables.

“He’s done an absolutely brilliant job with this horse and full credit to him. My daughter, Meaghan, is an equine therapist and looks after all of Scott’s horses, while she also repatriates a lot of retired racehorses into pony clubbers and the like from our farm at Kingston.”

A son of Dundeel, The Inevitable is the final foal of King’s High mare, Gift Bouquet who was, quite literally, the gift that kept on giving.

With two foals on the ground, one of which – All Success – would go to win nine races in Macau, Gift Bouquet was offered at the 2002 Lindsay Park Reduction Sale.

The Inevitable’s breeder, Alistair McFarlane takes up the story: “I was on my way back from the dunny when Gift Bouquet went into the ring and, pretty much sight unseen, I started bidding on her before she was knocked down to me for just $9,000.

“I couldn’t believe I’d got her for that price. She was really quite small, but was in foal to Jeune, who was a pretty good sire. I kept wondering what was wrong with her.

“That first foal turned out to be Blahnik who won five stakes races and $469,825, the next one, Monfils won five, the next was Elysees who won a stakes race at two, then Single Command won eight, while her Lonhro colt, Petman, won 10 races and was multiple stakes placed in Melbourne.

“All up, Gift Bouquet produced 13 foals for us, for 12 runners, 10 of them winners, which included three stakes winners. She died last year, but what a mare.”

Wisely McFarlane and wife, Patricia, decided to retain a 10% share in The Inevitable.

“I was going to keep 25% of him, but was having quite a few health issues around that time and only just out of a coma following a brain seizure,” McFarlane reveals. “Patricia said to me, ‘what the hell are you doing’ so I decided to reduce the stake to 10%, but to be honest with you, it doesn’t matter whether you have 1% or 100%, it’s still your horse.”

The McFarlanes have operated Tori Park Stud in South Australia for the past 20 years and agist around a dozen mares with Cornerstone, along with a handful of racehorse … “I like to keep shares in most of the horses I sell”.

Also the breeder of VRC Oaks and Vinery Stud Stakes winner, Hollow Bullet, McFarlane has his fingers crossed The Inevitable will eventually add to his Group One tally, but confesses to nearly missing the race on Saturday.

“I stuffed up the airline bookings and thought bugger it, I’ll just watch the race on TV,” McFarlane adds. “However, a good mate of mine rang and said ‘if you reckon you’ve got a chance you’d be stupid not to go and watch it run’. If memory serves me, that was advice I’d given to him years before. Pity he didn’t heed my advice though on taking a share in The Inevitable!”