The Jewel In Hong Kong’s Crown 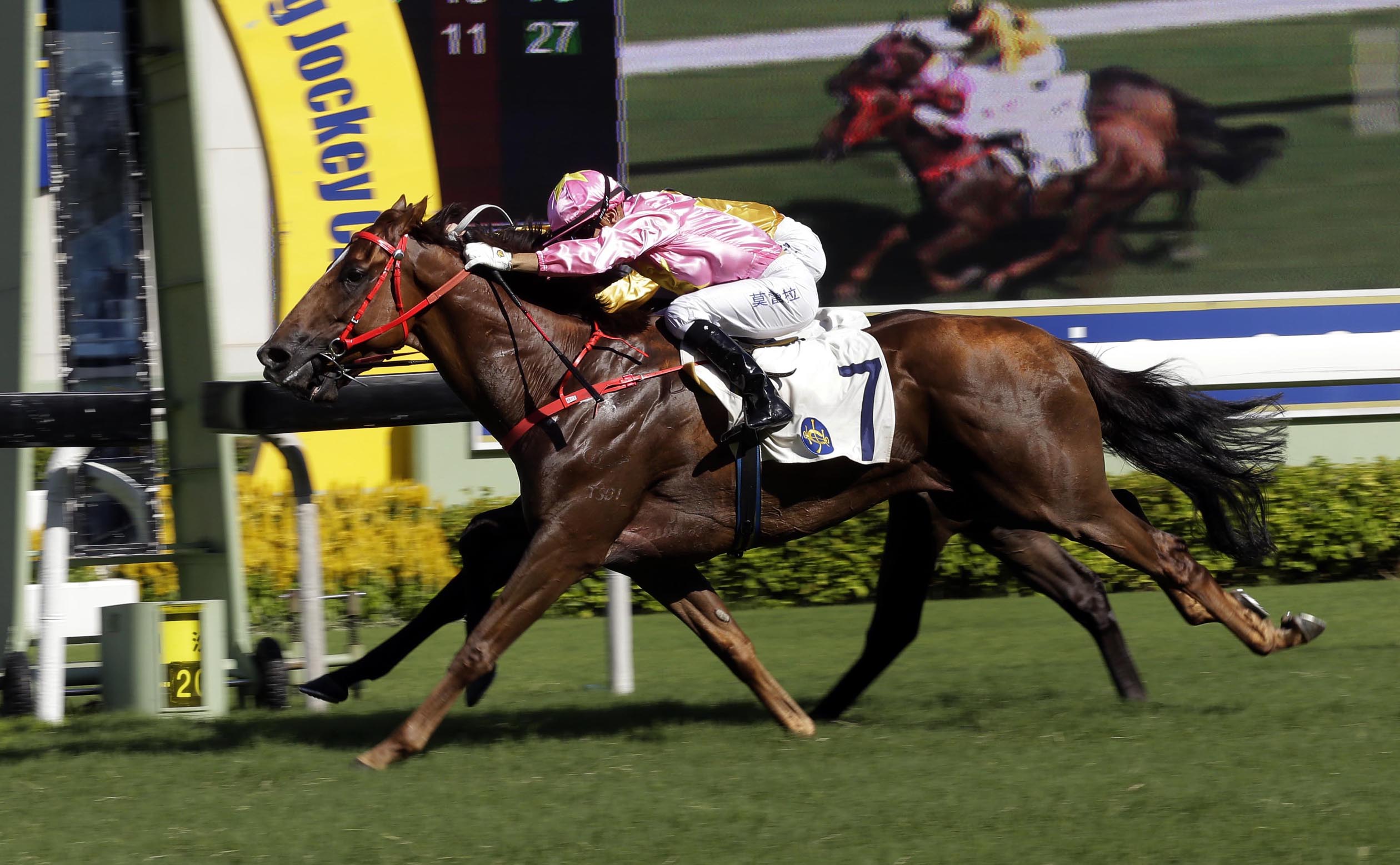 Australian-bred, Sun Jewellery, remains one of the best sprinter/milers in Hong Kong with a gritty victory in the Group 3 Premier Cup at Sha Tin yesterday.

Sun Jewellery has been off the scene since finishing midfield in the Group One Hong Kong Derby in March but Size believes the break has worked very much in the horse’s favour: “About a week after he ran in the Derby, Sun Jewellery looked like he’d had enough, which was no surprise. I gave him some time off and he did quite well within himself so I put some work into him and the signs were good. I was happy to run him in the Premier Cup, otherwise he ends up with too much time between races.

“Luckily, we found the right sort of race and it was a bonus to come out and win it, and the win also helps to get his rating up, which helps you get into the races you want to run in next season.”

Size is now likely to target the Group One Hong Kong Mile in December with Sun Jewellery.

The Premier Cup victory has taken Sun Jewellery’s earnings to over $HK18 million, converting to around $3.2 million in local money.

It also underscores the impact of Arrowfield-based stallion, Snitzel, throughout Australasia and South East Asia.

With 37 stakes winners world-wide, Snitzel also has black type winners in both Singapore and Japan.

Meanwhile, Sun Jewellery is out of the Umatilla mare, Tan Tat Star, the dam of five to race – all winners – including Flemington Group winner Tan Tat De Lago and is closely related to Group One winning miler, Umrum, twice winner of the Toorak.

Tan Tat Star produced a Bel Esprit filly last spring and is now in foal to Manhattan Rain with the resultant foal being a three quarter to Sun Jewellery.