The ‘Star of the Coast to chase Group One glory 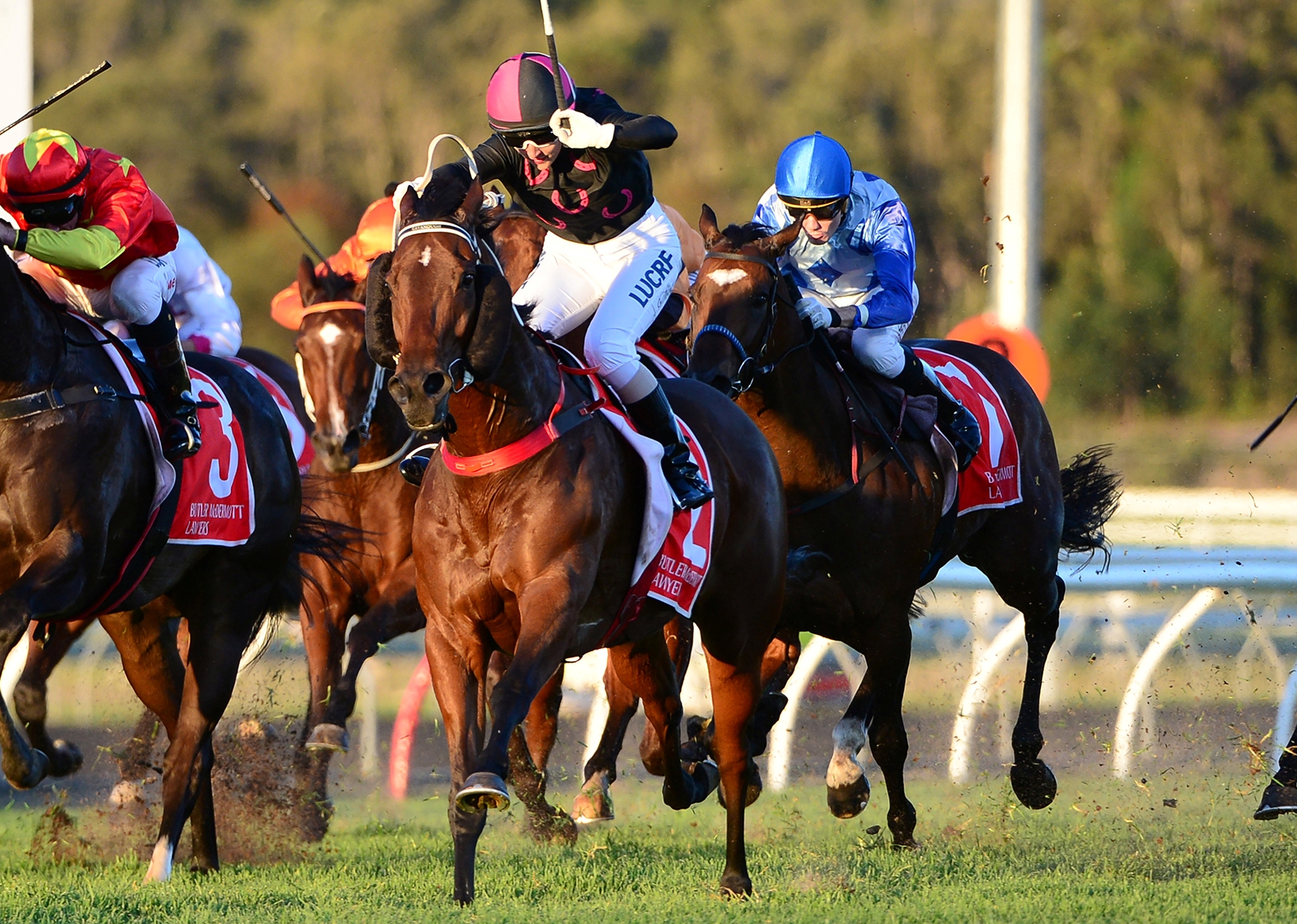 After two earlier stakes wins at Listed level, 7YO flyer The Monstar posted his first Group Two victory on Saturday in the $175,000 UBET Moreton Cup over 1200m on the Sunshine Coast.

Once regarded a bit of a rogue before his races, The Monstar was the model of decorum this time around and, performing on his preferred ‘soft’ surface, made every post a winner.

Such was his display that trainer Brett Cavanough has determined The Monstar will now back up for Saturday’s $1.5 million Group One UBET Stradbroke Handicap over 1350m at Doomben.

“Why not?,” Cavanough enthused.

“He (The Monstar) raced against some top horses last time in – Group One gallopers like Redzel, Speith, Le Romain, In Her Time and (2017 Stradbroke winner) Impending – and deserves his shot.

(The Monstar’s wins in the Moreton Cup, June Stakes and Razor Sharp have also been complemented by five stakes placings, which include thirds in two Group Twos).

“The Monstar will race in Aquis Farm colours for the Stradbroke. They (Aquis) are terrific supporters of country trainers and are prepared to pay the $45,000 late nomination fee for the Stradbroke, so hopefully we can repay their faith.”

Cavanough admits it’s been something of a journey for both trainer and horse.

Previously based at Albury, Cavanough and his wife shifted to Scone in the Hunter Valley a little over a year ago where they currently have 45 boxes on track and a small property just out of town.

The Monstar is one of six stakes winners for California Dane, who is also the sire of Group One winning sprinter Rebel Dane who stands at Swettenham Stud in Victoria.

Cavanough vividly recalls the first day he ever laid eyes on The Monstar.

“I had sent two of my staff up to Baerami and they brought back a truckload of the California Danes – around five or six – as I had agreed to lease them from Paul (Higgins).

“Some of them have gone alright too. Couple of winners.

“Trouble was, The Monstar used to be a bit of a nutcase … a sheep around the stable, but as a young horse – whenever you took him to the track – he was the worst box walker you’ve ever seen. Peter Snowden said to me one day, ‘it’s a good thing he can gallop’!

“The Australian polocrosse player Jake Capewell broke him in and, anyway, he came in one day and said ‘that horse over there is your next star’ and pointed at The Monstar.

“And that’s how the horse got his name because I turned around to Jake and said: ‘Star! Are you kidding me? More like a Mon-star!’.”

Who knows, maybe a Group One winning Mon-star come Saturday.

The Monstar is one of seven to salute for the multiple winning Brocco mare Sirocco Mist, while his third dam is All Song, dam of eight winners including 4-time Group One winner, All Our Mob, another Group One winner in All Time High and the Group Two winning sprinter, All Archie.

HOOFBEAT: While Cavanough will chase his first Group One success in the Stradbroke, the Moreton Cup proved to be a huge thrill for The Monstar’s pilot, Skye Bogenhuber.

“It’s my first ever Group ride. I’ve won a Weetwood and Toowoomba Cup and ridden in a couple of Listed races in Brisbane, but never had the opportunity to get a Group ride, let alone a Group winner,” she said post-race.