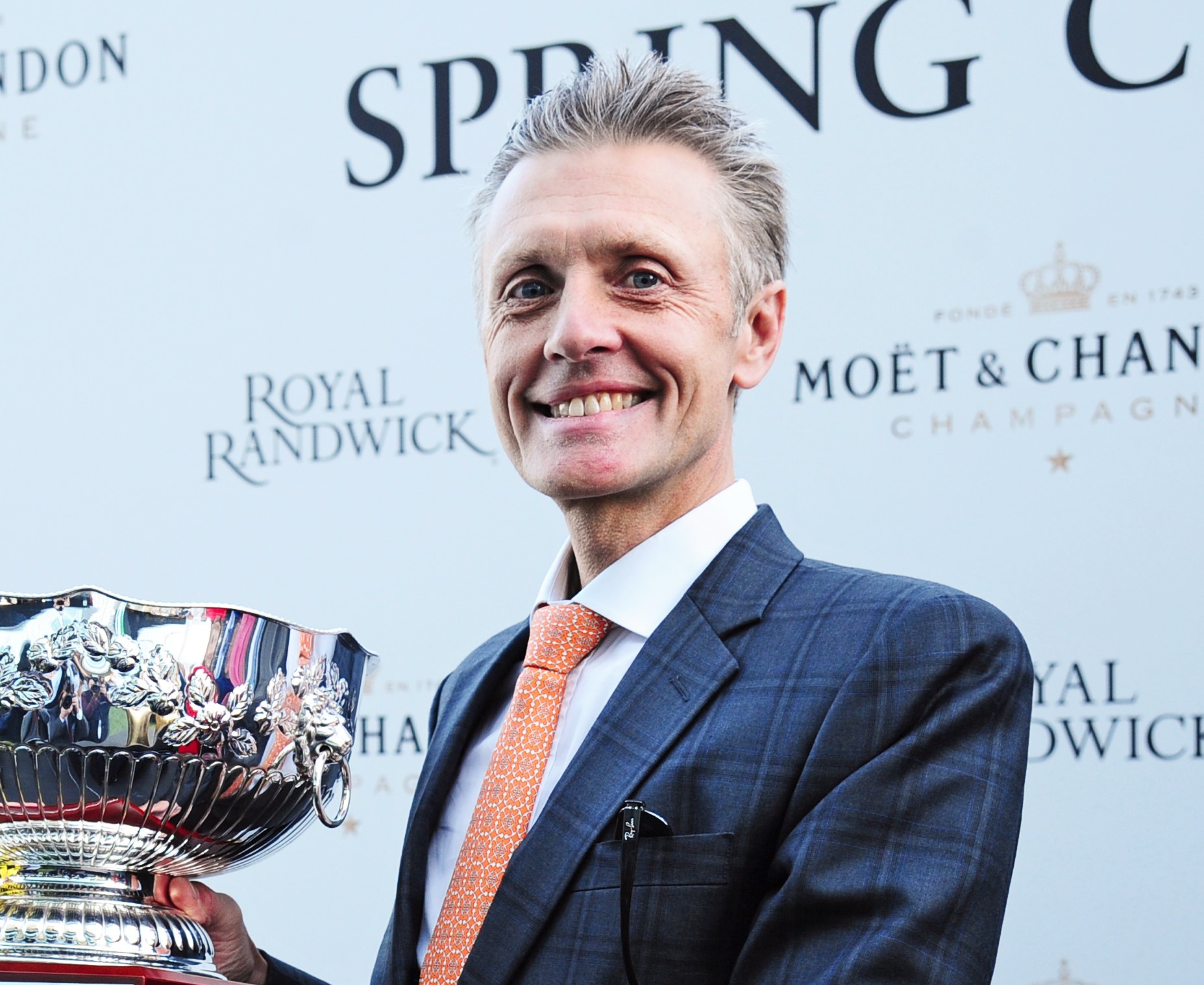 It has been, by any measure, a truly remarkable season for Sydney trainer, Mark Newnham.

Since taking out his trainers’ licence in 2016, the once successful jockey and former Gai Waterhouse stable foreman, has well and truly made his mark with Group One victories via Maid of Heaven (Spring Champion Stakes) and Nakeeta Jane (Surround Stakes), along with multiple stakes successes.

However, Saturday’s ‘treble’ was one right out of the box. In the space of 40 minutes, the Newnham stable was represented by three 2YO winners: Shadow Hero in the Listed The Phoenix over 1630m at Doomben, Splintex captured the Southern Cross Turf Handicap at Rosehill, while Diamond Thunder produced a gem in the Listed Oxlade Stakes over 1200m at Doomben.

Winning The Phoenix at only his second start, Shadow Hero is now a chance to step up to the Group One JJ Atkins over 1600m at Eagle Farm on Saturday (“I’ll have a look at him on Tuesday, but he’s pulled up well), with the ultimate goal a shot at the Victoria Derby come November. Splintex, meanwhile, clearly has a sparkling future with two from three.

As for Diamond Thunder, the youngster will seek to capitalise on his promising start with a tilt at Magic Millions riches come December and January.

“Aside from the big Magic Millions day in January, there is a pretty lucrative 3YO summer series on the Gold Coast in December with a big bonus for any horse that can win three of the four races. It appears to be a good target for Diamond Thunder at this stage,” Newnham reveals.

It’s certainly been a storied rise for Newnham. Starting out as a strapper for Bob Thomsen at Randwick at the age of 15, Newnham became a travelling foreman for Bart Cummings before a working holiday in England and Ireland led to a career in the saddle. Newnham would eventually ride over 300 winners for the Waterhouse stable between 1997 and 2011.

Newnham also spent time riding in Korea and Macau and it was during his time in Macau that he developed a friendship with Patrick Lee.

“Patrick is the son-in-law of Diamond Thunder’s owner, so I was fortunate to get the horse last year after Patrick picked him out on the Gold Coast,” Newnham explains. “I’ve had a lot of association with Patrick, but Diamond Thunder is only the second horse I’ve trained for Ng so far.

“The first was Diamond Tathagata.”

“I’ve got a couple of other unraced horses for Ng and hopefully they end up heading the same way as Diamond Tathagata and Diamond Thunder,” Newnham adds. “I have about 60 in work overall and nearly half of those are 2YOs. Usually I purchase around six to eight yearlings every year but I’m fortunate to have some very good clients – both domestic and Asian – that place quite of few of their buys with the stable.”

Diamond Thunder becomes the sixth stakes winner for New Approach Group One winner, Dawn Approach, who stood for five seasons at Darley but won’t be returning to Australia this spring after covering just 34 mares in 2018.

Saturday’s stakes win, meanwhile, couldn’t have been more timely for Queensland’s Oaklands Stud which will offer a Hallowed Crown half sister to Diamond Thunder at this week’s Magic Millions National Yearling Sale.

Diamond Thunder is the first foal of winning Lonhro mare Kwinana – a three quarter sister to multiple stakes winner Trim and closely related to Group Two West Australian Derby winner Gatting – who was purchased by Oaklands for $42,000 at the 2014 Inglis Melbourne August Sale.

The 564-lot, 3-day strong National Yearling Sale commences on Wednesday with the half to Diamond Thunder due in the ring late in the first session.

HOOFNOTE: Mark Newnham was the recipient of Godolphin’s inaugural ‘Excellence in Racing’ Award and it is as timely a reminder as you’ll ever get that nominations for Godolphin’s Stud & Stable Staff Awards are now open for 2019. Don’t let a vital member of your team go unrecognised for all of his/her diligent efforts. Nominate a mate! https://www.studandstablestaffawards.com.au