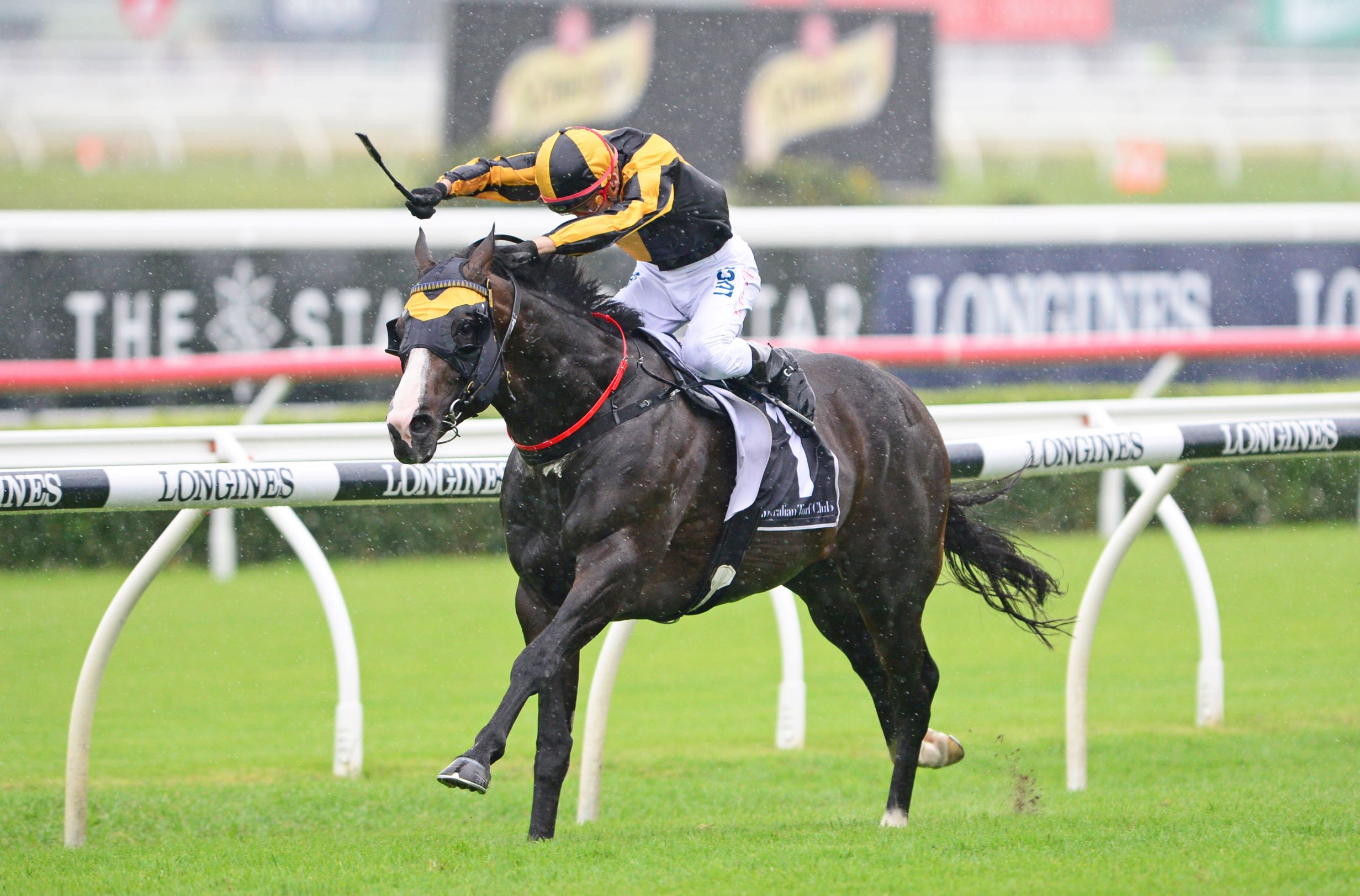 No question about it … the thoroughbred industry brings its highs and brings its lows.

Just last month Australia’s most famous nursery, Widden Stud, was mourning the loss of leading sire, Sebring, who passed away from a heart attack at the age of 13.

A Golden Slipper and AJC Sires’ Produce winner for Star Thoroughbreds, Sebring had stood at Widden from 2009, producing 51 stakes winners including Criterion, Dissident and Egg Tart, plus 2018 Thousand Guineas winner (and All Star Mile contender) Amphitrite.

In the weeks since his death, Sebring’s 5YO, Violate, won the Group Three Shaftesbury Avenue at Flemington on 2 March, while his 5YO mare, Nettoyer, proved too strong in Saturday’s Group Three Aspiration Quality at Randwick.

However, such a monumental setback aside, Widden had plenty of reason to rejoice on Saturday – both north and south of the Murray.

Then, just 20 minutes later, Trapeze Artist snapped up his fourth Group One success by eclipsing the Canterbury Leagues Club Stakes at Randwick: only for it to be revealed, a few hours later, that the 4YO entire will stand at Widden Stud from this season.

“It was an incredible afternoon,” Widden Stud’s principal, Antony Thompson, points out. “Sunlight is simply a brilliant racehorse. That was a very strong renewal of the Newmarket and, I’m proud to say, four of the five 3YOs in the race were by Widden stallions.

“I reckon Sunlight would have to be the best filly at two and three since Alinghi, who won a Blue Diamond and a Newmarket.

“Sunlight’s won nine and only once been out of a place for $3.8 million in stakes. I can only imagine what she’ll bring as a broodmare given that she’s such a magnificent type as well.”

Not surprisingly, Thompson was ecstatic too at the prospect of adding Trapeze Artist to the Widden roster in 2019.

“First off, Trapeze Artist is a smashing type, a real alpha male and the hottest young sire prospect around. He could be a real breed shaper,” Thompson explains. “A fee won’t be announced until probably after he runs in the TJ Smith, but he’s now won four Group Ones and three of them were breaking track records, including Saturday’s Canterbury Stakes.

Bred by Bert Vieira, Trapeze Artist was initially offered at the 2016 Inglis Australian Easter Yearling Sale where he was passed in for $250,000.

Since then the Snitzel colt has won a Golden Rose, a TJ Smith, an All Aged and the Canterbury Stakes – all at Group One level – plus the Group Two Expressway Stakes, the Group Three Black Opal Stakes at two AND ran second to Redzel in last year’s $13 million Everest.

Saturday’s win was Trapeze Artist’s first since April 2018 and it’s certainly been a turbulent year for owner Vieira.

Last September, Vieira’s wife, Gai, was badly injured when a police car ploughed into her motor vehicle at Cronulla, while close friend and Trapeze Artist’s regular jockey, Tye Angland, has been rendered a quadriplegic after a fall in Hong Kong last November.

Vieira has also spent the last month weighing up options on Trapeze Artist’s racing future after the 4YO resumed with a fourth of five runners in the Expressway Stakes at Rosehill in February.

“They are pretty quick to ‘jump off’ in this game, but I was very confident he would win on Saturday,” Vieira enthused. “I’ve been with Gai most days and thankfully she is improving, but my daughter sat with her on Saturday and they watched the race on TV. A huge pick-me-up for the whole family.

“As for Trapeze Artist, it’s going to be one race at a time from here: he’ll run in the TJ and if all goes well, the All Aged. I was toying with the idea of taking him to Royal Ascot but, really, what else does he have to prove. Why take the chance of him travelling half way around the world and getting hurt?”

In a first for Vieira, he is also the breeder of Sepoy filly, Anjana, who won the Listed Incognitus Stakes down the Flemington straight.

“I’ve never bred a stakes double on the same day before, but then again, I’ve never had one win four Group Ones for me either,” Vieira adds with a laugh.

Racing around 30 horses and scaling back his broodmare numbers to 58, Vieira will support Trapeze Artist with between 50 to 60 mares this spring.

“I’ve already got 40 set aside for Trapeze Artist but am likely to purchase some more mares at the Easter Broodmare Sale and up at the Magic Millions National.

“I’m very happy he’ll be standing at Widden … I was approached with some massive offers for Trapeze Artist but decided against selling him.

“They had the chance to own him once, but I just reckon he was never meant to be sold. I’ve set aside a lifetime breeding right though for Tye (Angland). It’s tragic what happened and, as far as I’m concerned, he’s Tye’s horse too.”

HOOFNOTE: Widden Stud has 22 youngsters entered for next month’s 2019 Inglis Australian Easter Yearling Sale, including a Sebring half-brother to Sunlight, while – somewhat fittingly – there is also a Zoustar half-brother to stakes winning 2YO, Accession, which Widden races in partnership with Sebring’s owner, Star Thoroughbreds.