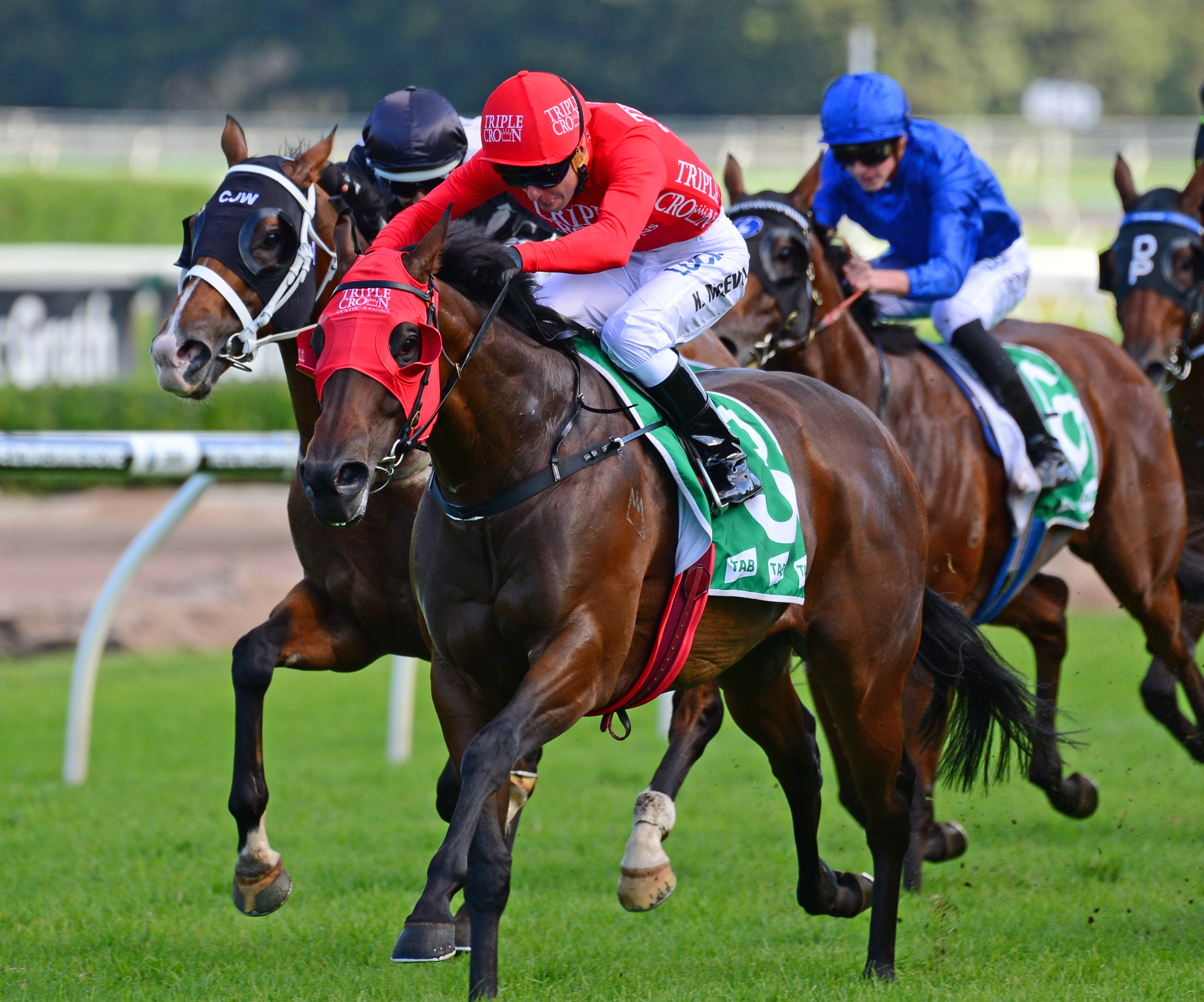 It was, after all, something of a hall mark for the nifty 4YO whose previous five wins had been over 1100m or shorter and Chris Ward was more than a little relieved at Redzel’s victory.

Ward, who with brother Michael, runs the highly successful syndication outfit, Triple Crown Syndications, was confident that the son of Snitzel would add another Group race to his resume, but had some concerns about the 1200m.

“He (Redzel) deserved to be favourite for the Hall Mark, especially after his two runs this time in … the only query was the extra distance, but he handled it well,” Ward points out.

With 16 starts under his girth strap, Redzel has recorded six wins and five placings, including black type victories in the Heath Stakes, Fireball and Mumm Stakes, while he opened this campaign with a lip second to English in the Group Two Challenge Stakes and a head second behind Russian Revolution in the Group One The Galaxy in March.

“Redzel has shown he can compete with the best sprinters around and has plenty of options going forward,” Ward adds. “There is a possibility he could head to Brisbane for a race like the (Group One) Doomben 10,000 and we might even consider the ($10 million) Everest in October.”

Triple Crown has recorded 19 Group victories with its gallopers since 2010 and enjoyed particular success with the Snitzels, including Group One BTC Cup winner, Hot Snitzel, and the Melbourne Group Two winner, Flying Snitzel.

Redzel is the last foal of Group winning Rubiton mare, Millrich – also the dam of multiple stakes winner and sire, Danerich – and was snapped up by Triple Crown at the 2014 Gold Coast Magic Millions Yearling Sale.

“The thing is about the Snitzels is that they’re all different,” Ward claims. “Hot Snitzel, Flying Snitzel, Redzel … they’ve all got something that sets them apart. What those three do have in common though is that they can all run!

“I really liked Redzel when I saw him on the Gold Coast and thought he was a lovely type. We ended up buying him for $120,000 … you wouldn’t get a good Snitzel for that kind of money these days.”

Triple Crown normally purchases around 15 to 20 yearlings annually and has already signed for 20 in 2017 from sales on the Gold Coast and in Sydney and Melbourne.

“We’ll probably end up buying a couple more but it’s a tougher market this year,” Ward adds. “Still, it just goes to show what a healthy state the industry is in.”