Tropezina Shows Too Much Dash 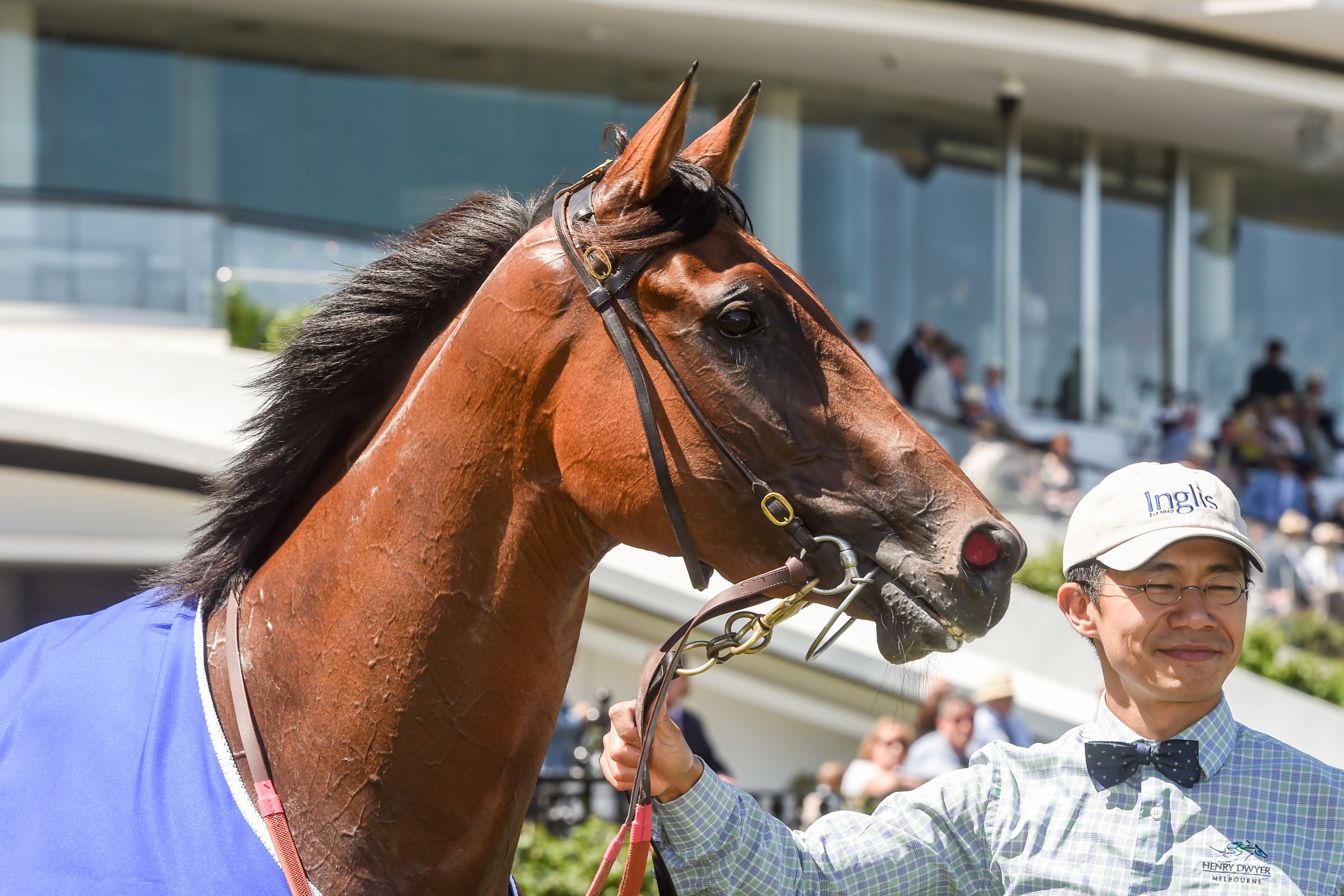 Tropezina after her win in the Inglis Dash (Racing Photos)

Mark Twain once said that it’s not about the size of the dog in the fight, but the size of the fight in the dog and while we shouldn’t get our canines mixed up with our equines, Tropezina showed plenty of grit at the end of the $250,000 Inglis Dash at Flemington on Saturday.

Hitting the lead at the 200m, Tropezina was rapidly running out of petrol as the wire approached, but fought on determinedly to edge out a fast finishing Beerz With Clint at the end of the 1100m.

Trained at Caulfield by Henry Dwyer, Tropezina has now won three on end and, according to stable rep, Maree McEwan, the Epaulette filly will next step out in the Group Three Kevin Hayes Stakes over 1200m at her home track on 9 February.

“She’s not overly tall but has got quite a bit of strength,” McEwan reveals. “It would be great to get some black type with her in the Kevin Hayes.”

Lack of perceived size was a factor in her sale price of $65,000 at the 2017 Inglis Melbourne Premier Yearling Sale, but there’s clearly nothing wrong with the way she moves according to Monarch Stud’s Kieran Falvey, who sold Tropezina on behalf of breeder, Barry Pearce.

“She was a wee bit small at the sales, but had this brilliant walk on her and an inch or two bigger would have really made her stand out,” Falvey explains. “Let’s put it this way, I’ve been involved with yearling prep for 30 years and nothing has had a better walk than her.

“James Bester ended up buying her with Stuart Webb and, at one stage during inspections, James brought Demi O’Byrne around for a look as well: obviously promoting the case for buying her. It certainly appears like he’s made another good choice.”

Based at Muswellbrook in the Hunter Valley since 1996, Monarch Stud’s graduates have included Group One winners Shot of Thunder, Blue Murder, Lucky Hussler and Hong Kong Champion Jeune King Prawn, while current stars such as Vega Magic and Trap For Fools (2018 Mackinnon Stakes) have likewise graced the Monarch paddocks.

Monarch Stud has also sold yearlings up to $875,000 and, naturally enough, is looking forward to the 2019 Inglis Australian Easter Yearling Sale in April.

“Most of our clients retain progeny to race, but we’ll be selling four at next month’s Inglis Sydney Classic, while our sole entry for Easter is the Kermadec half brother to Tropezina,” Falvey adds. “Wait until you see him … I suspect he’ll be very popular.”

Tropezina is out of the Ad Valorem mare, Boredom, a 3-time winning half sister to Group One Spring Champion Stakes winner, Complacent, and the Sydney stakes winner Ataraxia, who was snapped up by Pearce for just $19,000 at the 2012 Inglis Melbourne Select Racehorse Sale.

Boredom’s first foal, a Bernardini 4YO called Frankiedee, is a winner at Geelong and raced by Pearce with Alicia Macpherson, while Tropezina is the mare’s second foal and the Easter bound youngster her third. Boredom produced an Artie Schiller foal in October and is back in foal to Kermadec.

“I got involved with horses in 1990 and my first horse won on debut which has a tendency to get you a bit hooked,” Pearce says with a laugh. “I’ve had a number of horses over the years and bought into a few with Stuart Webb … city winners like Apollo Lane (6 wins), Chicago Bay and Looilla, while I also bred and raced one by Encosta de Lago, called Power o’ War, who won at Randwick on Doncaster day at 100 to one. I remember Power o’ War well because I got into Encosta when he was standing at $8,500 and a few years later they were standing him for over $300,000!

“I’ve only got the two mares: Boredom and an unraced Bel Esprit mare, Deborah Joy, who is with Mike Becker at Stockwell Thoroughbreds in Victoria.

“As for Tropezina, after Stuart (Webb) bought her, he rang me and asked if I’d like to keep a 10% share, which I’m very glad I did. She certainly has the potential to be the best one I’ve had!”

HOOFNOTE: Having sourced a number of topliners from Australian sales over the years, leading agent, James Bester, was quick on the Twitter trigger after the Inglis Dash, pointing out that he had purchased dual Group One winner, Global Glamour for only $65,000 too (Global Glamour would ultimately win five races and $1.5 million in stakes for an all-female syndicate).

“If TROPEZINA turns out only HALF as good she’ll still win a Gr1 and a Gr2 – that’s how good Global Glamour (now in foal to Zoustar) was! Gotta keep dreaming …”