Turangga In The Swing With Another Double 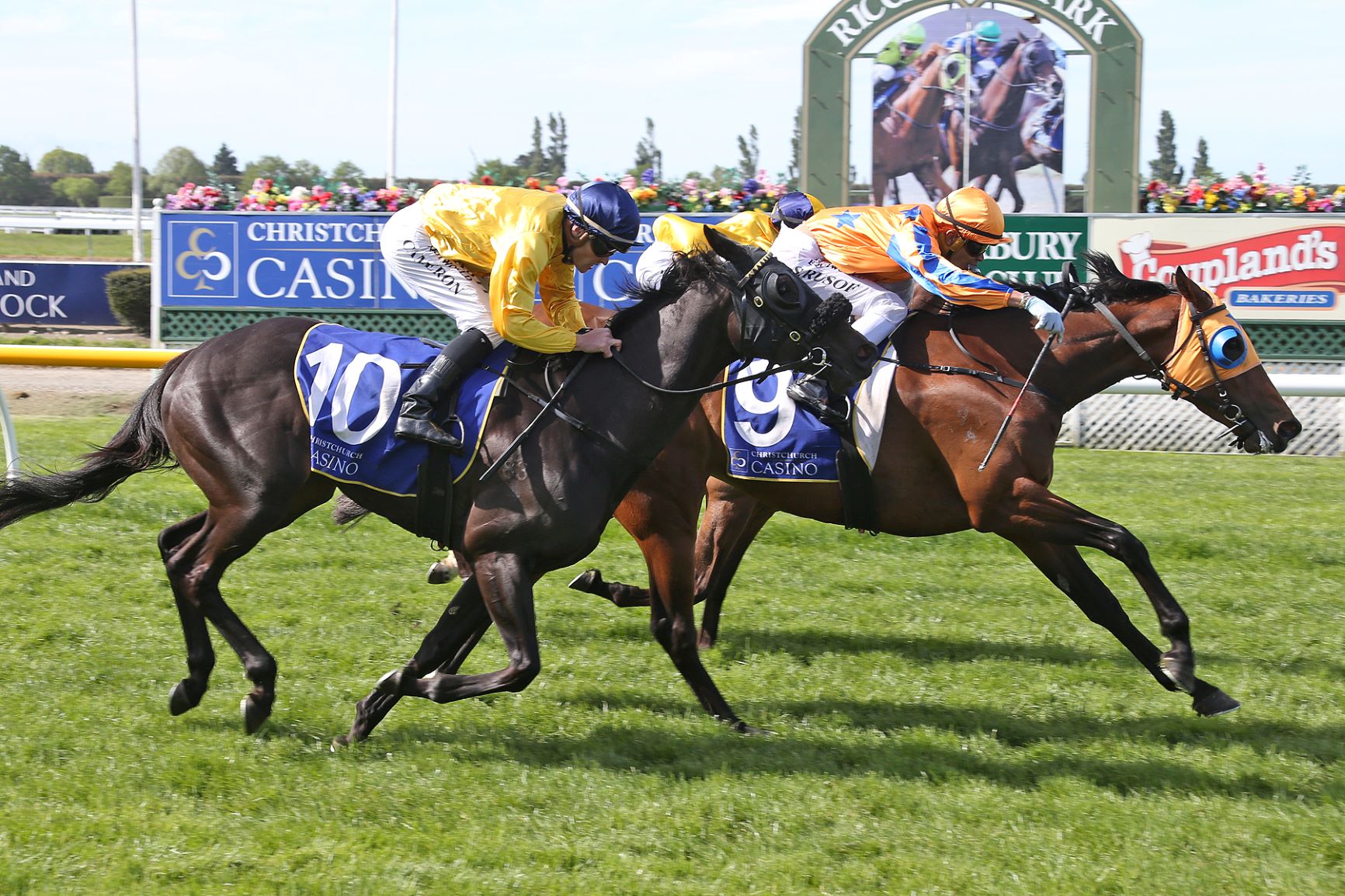 The Ramsey family’s Turangga Farm has produced a lot of good horses over the years: Ancient Song, Headway, Sky Cuddle and Hong Kong Horse of the Year, Able Friend, to name just a few.

In 2007, Turangga graduates pulled off a black type treble on the same day with Cinque Cento winning the Group One Doomben Cup, Keiki the Group Two Champagne Classic and Lasoron the Group Three Doomben Roses, while – in April – the farm captured another same-day stakes double via Let Me Sleep On It (Listed Redoute’s Choice Stakes) and Glenall (Listed Hawkesbury XXXX Gold Rush).

A week after the Let Me Sleep On It/Glenall deuce, Champagne Cuddles won the Group Three Gold Coast Guineas and subsequently fashioned Group One placings in both the Kingsford Smith and Stradbroke Handicap.

However, last Saturday’s effort might be hard to top with Turangga producing black type winners – on either side of the Tasman – in the space of just 17 minutes.

Encosta de Lago mare, Swing Note, notched up her first stakes win in the Listed Spring Classic at Riccarton, while over at Moonee Valley, Charge lived up to his name in the Group Three 1300 Australia Stakes.

Certainly there are similar career trajectories for both, but Swing Note was sold for just $60,000 at the 2016 Gold Coast Magic Millions Yearling Sale, whereas Charge was knocked down to a bid of $450,000 at the Gold Coast last year.

The latter price is hardly surprising given that Charge is by Zoustar from a multiple winning daughter of dual stakes winner Niagara Falls (also the dam of Champion 2YO Filly, Elite Falls), but the $60,000 for a daughter of Champion Sire, Encosta de Lago from a stakes winning mare, was manna from heaven for leading Kiwi buyer, David Ellis.

“It wasn’t the ideal sale for her (Swing Note) in many ways,” Turangga’s John Ramsey explains. “She was a very leggy type and was going to take a while to mature which, as it turns out, is exactly what she’s done.

“David came up to dad (Stuart Ramsey) at the sale and said ‘why did you let her go so cheaply?’ and he just told him ‘we’re here to sell’.”

As it turns out, Turangga sold both the dams too: Swing Note’s dam, Andallthatjazz, sold online via Bloodstockauction.com and Charge’s mum, Queen of the Falls, through Turangga’s Dispersal in 2017.

However, if Ramsey is concerned, he’s making a good job of hiding it.

“I think that’s four stakes winners from mares that have moved on since the dispersal,” Ramsey reveals. “We got the numbers right down but they have crept back up to around 40 mares with 30 foaling down this year. I’ve not long broken in a half sister to Charge that we’ve retained and we’ll have around five yearlings heading to the Sydney Classic next year, along with three or four for Easter.

“The main thing is that we keep producing winners and the buyers keep coming back.”

It’s fairly certain that Ellis will be a repeat customer as he considers Swing Note one of his great bargains.

“She (Swing Note) has always shown ability, running third in the (Listed) Zacinto Stakes and fourth in the (Group Three) Lowland Stakes at three, and appears to have reached her full potential this season with Saturday’s win,” Ellis enthused. “She will likely tackle the (Group Three) Metropolitan in a fortnight before heading on to New Zealand Cup.

“I’m just amazed that I got her for only $60,000 from such great breeders as the Ramseys.”

Swing Note is also the 115th individual stakes winner for Encosta de Lago, whose best include Chautauqua, English, Alinghi, Sacred Kingdom, Racing To Win and Princess Coup (also purchased in Australia by Ellis). Swing Note hails from Encosta de Lago’s penultimate crop – just 27 live foals – and is a fitting legacy to the former Coolmore Australia stallion who died earlier this month at the age of 25.

Meanwhile Ellis, as principal of the all-powerful Te Akau Racing, has enjoyed incredible success with Australian-bred Group One winners in the last two years via Avantage, Age of Fire and Heroic Valour, and might have yet another after a promising second from Fastnet Rock 3YO, In a Twinkling, in Saturday’s Listed Zacinto Stakes at Riccarton.

Having just his fourth start, In a Twinkling is likely to head to the Group One New Zealand 2000 Guineas on 10 November according to Ellis.

HOOFNOTE: Australian-breds notched up a black type double in New Zealand on Saturday with 3YO filly, Media Sensation, capturing the Group Three Soliloquy Stakes over 1400m at Ellerslie.

The Soliloquy win brings Media Sensation’s career tally to four wins from five starts and she is by Yarraman Park Stud’s boom sire, I Am Invincible who, yes, also had a stakes double on Saturday with Espaaniyah winning the Inglis Banner at Moonee Valley.