Twickenham Too Hard To Catch 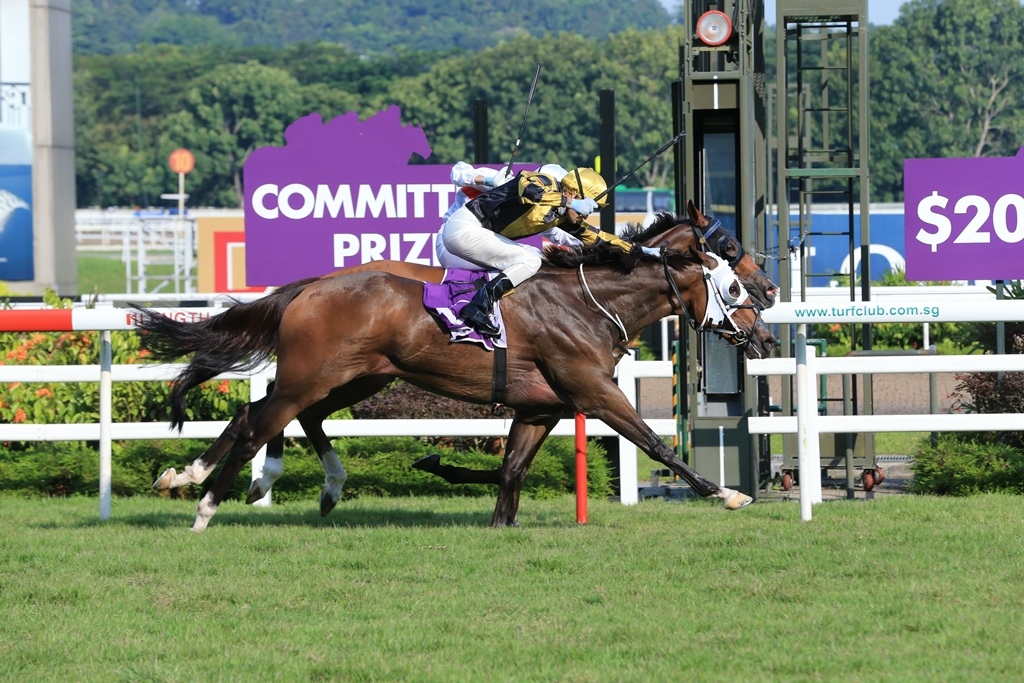 It was one of the gutsiest wins you’ll see.

Leading pretty much from the jump in Sunday’s S$200,000 Group Three Chairman’s Prize in Singapore, Australian-bred, Twickenham, appeared as if he’d be overhauled in the straight (and indeed was at one stage), but fought on gamely to get the verdict by the barest of margins.

One of the jewels in Singapore’s calendar, the Chairman’s Prize has previously been taken out by other Australian-breds in Super Ninetyseven (2013), Flying Fulton (2011), Always Certain (2010), Super Gold (2009) and Recast (2007). The only other Australian-bred in the 2016 chapter was the Fastnet Rock horse, Rockfast, who fought on gamely too for third.

(And yes, with both Gray and Hickman being keen rugby fans, that is why the horse was named after one of England’s most iconic sporting arenas).

It was also the first stakes winner in Singapore for Twickenham’s sire, Artie Schiller, who stands at Emirates Park in New South Wales.

A son of El Prado and Group One winner of the Breeders’ Cup Mile, Artie Schiller now has 34 stakes winners including Laser Hawk, Good Standing, Daytona Grey and co., while Twickenham is out of the General Nediym mare, Lady Migaloo.

Bred by GP Brilley, Twickenham was sold at the 2012 Magic Millions Gold Coast Horses in Training Sale and, it should be noted, a half brother is being offered (Lot 3) at the Inglis Ready2Race Sale in Sydney on 4 October.