Cairns In The Zone For Stradbroke? 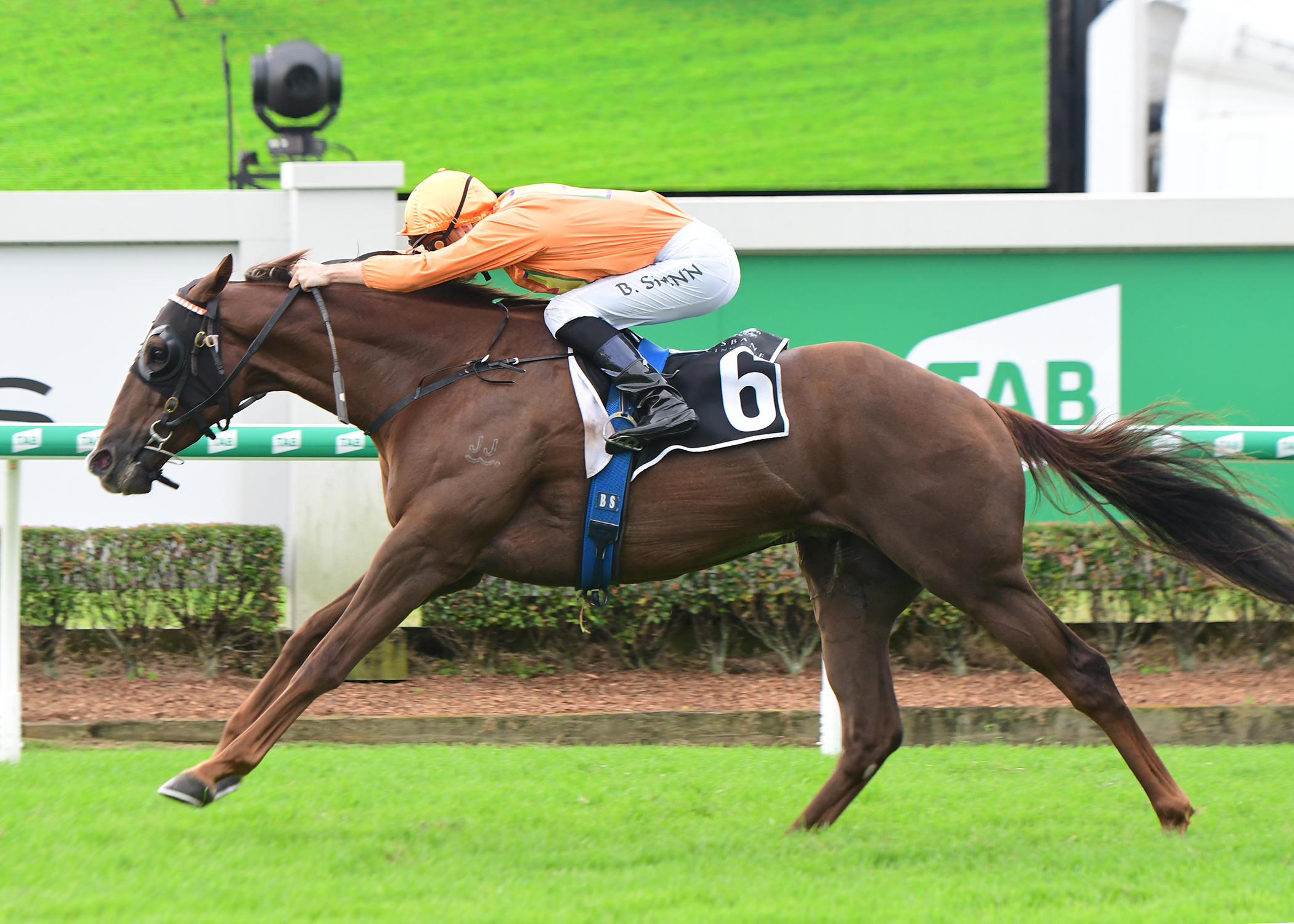 The $1.5 million Group One Stradbroke Handicap over 1400m at Eagle Farm on 8 June is shaping up to be one hell of a spectacle.

The unbeaten Zoustyle (six from six) is firmly placed on the first rung of betting after his go-to-whoa performance at Doomben on Saturday, but he’s likely to get some serious opposition from Toby Edmonds’ Tyzone, who produced a blinder to capture the Group Three Bernborough Ascot BRC Sprint over 1350m three races later.

A delighted Edmonds believes Saturday’s victory “puts to bed” any concerns about Tyzone running out a strong 1400m and the Written Tycoon 5YO will certainly become the toast of the far north coast if Queensland’s richest sprint does fall his way.

After all, while Tyzone was bred and raised in South East Queensland and sold – for $60,000 at the 2015 Gold Coast Magic Millions Horses in Training Sale – his happy owner, Tom Hedley, is a Cairns boy through and through.

“I’ve been involved with horses all my life … well, for at least the last 45 years or so,” Hedley reveals. “I’ve got around 40 in work and while I’ve been fortunate enough to have a lot of winners up here in North Queensland, Tyzone would be my first runner in a Group One. Hopefully first time lucky!”

Tyzone was purchased on Hedley’s behalf by long-time Atherton trainer, Roy Chillemi with the pair’s association dating back to the mid 1980s.

“We go to a lot of the sales together but I wasn’t on the Gold Coast for that one,” Hedley explains. “Roy’s got a terrific eye for a horse and Tyzone’s mum (Rezonet) actually won her three races at Townsville.”

Indeed, Tyzone would commence his racing in Townsville as a 2YO and won his first 11 races under the care of Chillemi before shifting to Edmonds on the Gold Coast.

Hedley is clearly hoping it continues to be a winning move. A plumber by trade who is also involved in property development and hotels, Hedley is the president of the Cairns Jockey Club and has spent a lot of money on re-furbishing the racetrack.

“I love being involved with the local industry,” Hedley adds. “Racing in North Queensland is really starting to come together, especially with the help of QTIS bonuses and additional TAB meetings, but I’d be very happy if this Cairns boy came good at Eagle Farm!”

Potential Stradbroke victory aside, Tyzone already has 16 wins from his 31 outings – including the Listed Gold Coast Goldmarket Handicap in March – and taken his earnings to $715,625 … a hefty return on the original asking price at the Magic Millions Horses in Training Sale.

Foreshadowing his racetrack success, Tyzone recorded one of the fastest times at the sale’s breeze ups, but had some minor x-ray issues which would, undoubtedly, have affected his price in the ring.

“We sold half a dozen at the sale and Tyzone was one of my wife Kellie’s favourites in the draft,” Kenmore Lodge’s Cameron Bond recalls. “He was a lovely type and terrific to see that he’s really gone on with it.”

Situated on two properties over 575 acres in Queensland’s famous Darling Downs, Kenmore Lodge was established by the Bonds in 2007, from which they sell some 15 to 20 weanlings, yearlings and 2YOs annually (including seven youngsters at this week’s Magic Millions National Weanling Sale on the Gold Coast).

Kenmore Lodge has twice topped the Horses in Training Sale, including $320,000 for My Big Boss – who would go on to place in the Aushorse Golden Horseshoe in Singapore – while the Bonds also sold a Sebring colt to James Harron for $475,000 at this year’s Gold Coast Magic Millions Yearling Sale.

“We ended up purchasing Tyzone, along with another Written Tycoon colt, as foals out of a paddock,” Bond adds. “We sold the other one at the Sydney Classic and he was named, Written In Gold, and went on to win a 2YO race in South Africa.”

Saturday turned out to be memorable for Tyzone’s sire, Written Tycoon, with the Woodside Park Stud-based stallion also represented by his seventh individual Group One winner after Despatch captured the Goodwood Handicap over 1200m at Morphettville.

Trained by Tony McEvoy, Despatch has now won three black type races on the trot and is one of 28 stakes winners for Victoria’s leading sire.

“He (Written Tycoon) has covered some outstanding mares over the past few seasons and I’d imagine his 2019 book will be finalised by the end of the Magic Millions Nationals on the Gold Coast,” Woodside Park’s James Price points out. “He’ll cover around 160 mares again but given the quality that he’s had, I reckon the best is yet to come.”

HOOFNOTE: Despatch was originally offered – by Woodside – at the 2015 Gold Coast Magic Millions National Weanling Sale where he was knocked down to Paul and Amanda Thompson, before being pinhooked to the 2016 Adelaide Magic Millions Yearling Sale and bringing $195,000.