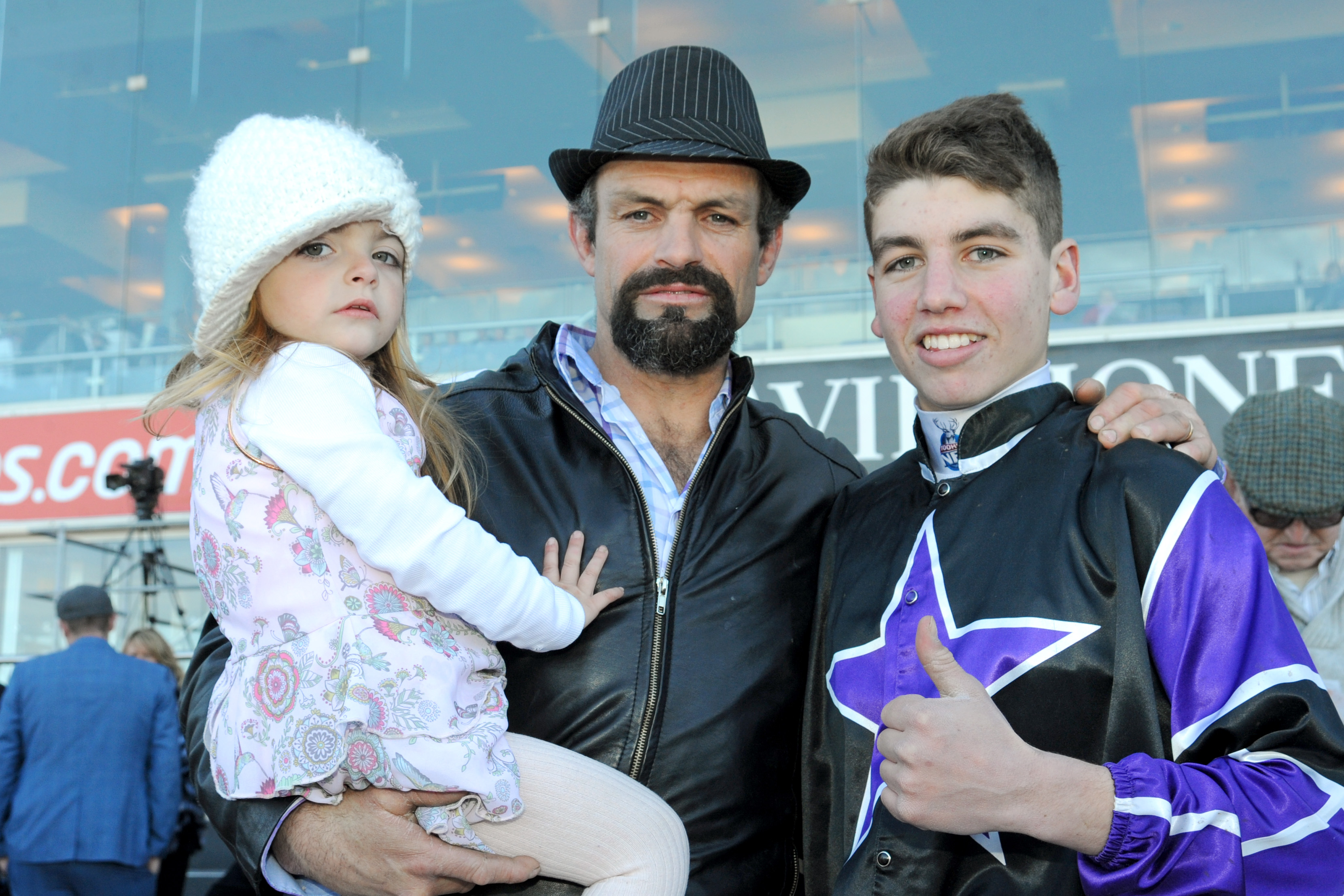 Trainer, Frankie Stockdale, reckons it was his son, Brandon, who pointed out the filly in the catalogue: a Bel Esprit from Glacier Bay at the 2015 Inglis Melbourne Premier Yearling Sale.

Three dams back, there she was … Black Caviar.

Sure, the family does have a lot of black type with Scandinavia, Magnus and All Too Hard prominent as well, but the clincher is that Black Caviar is also by Bel Esprit.

Stockdale, senior and junior, decided to go and have a look at the filly in the Grange Thoroughbreds draft at Oaklands Junction and were pleasantly surprised to see that she was a “cracking type” as well.

Minor problem though. Well, actually a major problem. Discussing with the Grange’s Gary Mudgway as to what he thought the filly would make, everyone agreed she was likely to weigh in around the $200k mark.

Stockdale has around 16 in work at his Pakenham stables and said that kind of money was a bit rich for his blood, but decided to watch her go through the ring anyway.

Lo and behold, the bidding stalled at $75,000 and the yearling was subsequently knocked down to Stockdale.

Shortly after, the filly was floated south and was given the moniker, Unique Lovely.

A fairly ambitious name to live up to, but she’s proven to be one of a kind for connections and on Saturday at Caulfield, the Frankie Stockdale trained, Julie Stockdale owned and Brandon Stockdale ridden, Unique Lovely won her third race in a row, getting up in a thriller over the 1100m.

It’s been a memorable campaign for the now 3YO who resumed from a short break in April to finish sixth at Geelong, won her Maiden at Swan Hill, won at Moonee Valley in mid June and now, a winner at Caulfield.

All up, Unique Lovely has three wins and a third from seven outings and $196,865 in stakes.

“She showed ability from day one,” Frankie Stockdale points out. “It appears as if she took a while to get her act together, but she was crook early on … we discovered she had ulcers. But once we got that right, she’s just gone from strength to strength.

“There’s a number of options for her but at this stage we’ll probably step her up to black type and will likely run in a Listed race for 3YOs in Adelaide at the end of the month.”

Stockdale doesn’t need to be reminded as to the residual worth of a filly related so closely in blood to Australia’s greatest ever racehorse, but is quick to admit that sometimes you just need to be in the “right place at the right time”.

It was a weekend that Gary Mudgway is unlikely to forget in a hurry either. On Friday, Mudgway shut down his Grange Thoroughbreds operation following the sale of Paringa Park in Victoria and is taking something of a ‘sabbatical’ (i.e. camping) via South Australia, via Darwin.

Mudgway finished on a high note though, particularly as Unique Lovely’s victory was coupled with that of another stakes winning, Grange graduate in Civic Stakes winner, Gold Symphony.

“I really liked Unique Lovely. She was raised at Grange and always one of my favourites,” Mudgway recalls. “She reminded me, in a lot of ways, of Black Caviar when she was a yearling and I was sad to see her go … I would have liked to have bought her myself.

“She (Unique Lovely) was bred by Peter Carrick and I had bought the filly’s dam, Glacier Bay, at the (2009) Adelaide Magic Millions for $16,000 on Peter’s behalf.

“Glacier Bay was a big, rangy mare and she won a race for Wendy Kelly before heading off to stud.

“Well done Frankie on the result. He’s got himself a good filly.”