Aussies Rock On In NZ 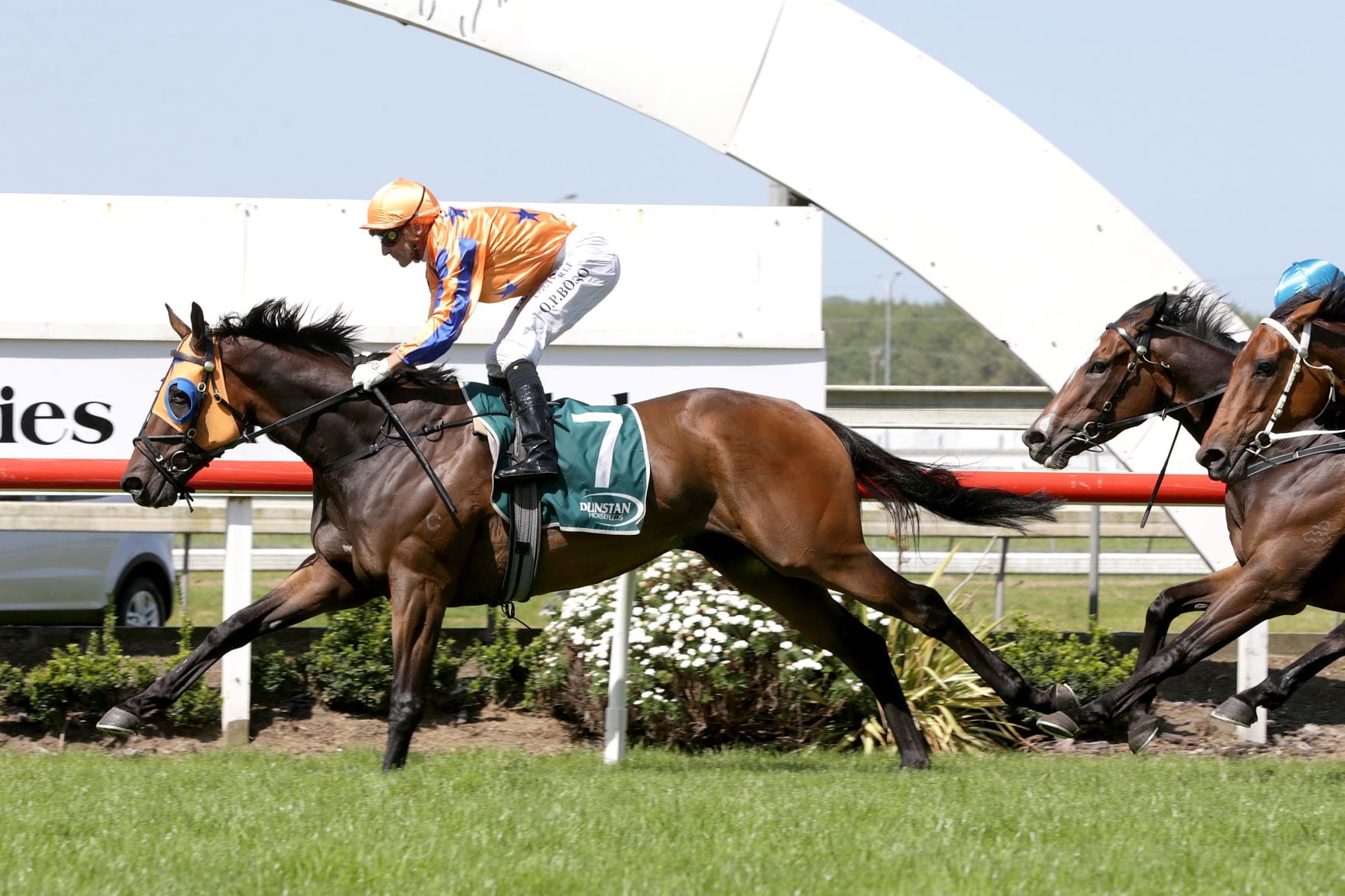 It was another super Saturday in New Zealand for Australian-breds with mega impressive 2YO, Unition, winning the Listed Fasttrack Insurance Stakes before In A Twinkling lifted the Group Three Counties Cup over 2100m and now appears to be Group One bound.

Baker clearly has a high opinion of the colt and nominated him for the $3.5 million Group One Longines Golden Slipper next March: “We were expecting a pretty good run from him on Saturday and he didn’t disappoint,” Baker enthused. “The Slipper’s a fair way off but he comes from a top family (Unition is from the Group One winning sprinter/miler Diademe) and is a full brother to Conqueror who was runnerup in last week’s Sandown Guineas.”

Opie Bosson produces a masterful ride to guide In A Twinkling ($4.30) to victory in the Ssanyong Counties Cup. pic.twitter.com/rCbLJMvoYd

It was a breakthrough stakes win too for the Te Akau Racing owned, Jamie Richards trained, In A Twinkling, who likewise hails from a Group winning mare in Moment In Time.

In A Twinkling has been knocking on the door for some time, finishing runnerup in last season’s Group One New Zealand Derby and fourth in the Group One Two Thousand Guineas, and is poised to tackle two mile contests such as the Wellington Cup in January and Auckland Cup in March.

“In A Twinkling has had a frustrating run of seconds and been unlucky here and there,” trainer Richards points out. “We’ll set him for the (Group Three) Waikato Cup in three weeks as he does have a future as a stayer with some nice races coming up.”

Saturday’s black type double – from a 2YO over 1100m and a budding stayer – underscores the versatility and impact of Coolmore Australia’s champion stallion, Fastnet Rock … sire of both Unition and In A Twinkling.

“Fastnet Rock is, without doubt, the best stallion in Australia and his record speaks for itself,” Coolmore’s Nominations & Sales Manager, Colm Santry, insists. “Unition was his 152nd stakes winner and In A Twinkling the 153rd!

“That’s phenomenal really: classic horses, weight for age, fillies, colts … winners from 1000m to a mile and a half.

“Tuscan Queen won a Group race in Perth the week before and she’s a first time stakes winner as well.

“Fastnet Rock has had Group One winners in Australia, New Zealand, Ireland, North America, France and Italy, and, in the case of Merchant Navy, Group One victories in Australia AND England.

“Perhaps his greatest legacy though will be as a sire of sires. In the last 12 months or so, five of his sons have produced Group One winners and you can imagine we’re pretty excited with the prospects of Merchant Navy who has covered two outstanding books in Australia and has some cracking foals on the ground.

“His daughters aren’t doing a bad job either as he’s the broodmare sire of Santa Ana Lane and over 20 other stakes winners.”

Here's another young gun to keep an eye on.

Unition ($5.50) holds off a trio of challengers to make it a winning debut in the Fasttrack Insurance $5K Bonus Stakes @PukekohePark. pic.twitter.com/efiXqsgMgs