The Rise And Rise Of Valiant Spirits 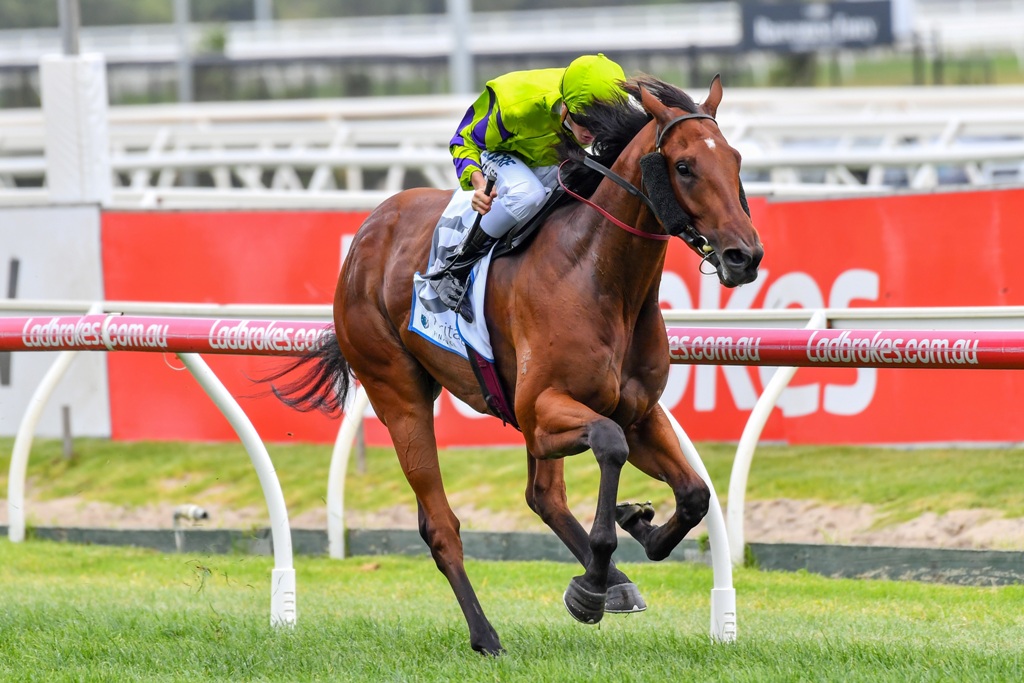 Just nine runs into his career, the Daniel Williams trained, Valiant Spirit, has not only won a race in town by capturing the Heritage Autumn Classic over 1800m at Caulfield, it was a Group Two to boot.

And what a performance … taking up a forward position early, the 3YO son of Duporth led by a good three or fourth lengths at the 300m before holding on for a gallant win.

We can’t be 100% certain what was pumping through the trainer’s heart and head as Valiant Spirit started to tire near the wire, but Williams was (naturally enough) still on a high two days after the race. Probably will be for some time to come.

After all, Valiant Spirit and Williams share a similar career trajectory: both have had just the nine starts.

That’s right. Valiant Spirit is Williams’ only horse in work after just taking out his trainers’ licence in the last 12 months.

“I work for Tony Noonan at Mornington and sub-let some boxes from him,” Williams explains, adding that he also has a 2YO filly and 3YO filly in pre-training, while – courtesy of the Autumn Classic – had just received a phone call from an interested party offering to expand his stable by one.

Unlike many trainers who are ‘born’ to the game, Williams has charted a varied course leading into Saturday’s success.

“I tended to treat high school as a social occasion and had nothing really set in mind when I left, so I did the whole overseas thing, working in Japan before ending up in England,” Williams explains. “I ran with the bulls and ran a bar … you know, the usual Aussie ritual.

“I was working as a cleaner at a greyhound track in London and realised it was time to get my act together and that’s when I came back to Australia.”

Williams decided to approach Gai Waterhouse about working at her Randwick stables and it proved to be the turning point.

“When I got the job at Gai’s I didn’t even know how to put a head collar on,” Williams reveals. “After four years with her, I was riding them and swimming them, saddling them up at races, driving the float – you name it. Tremendous experience.

“I then worked for Pat Webster for 18 months before shifting across as foreman to Anthony Cummings.

“I was with Anthony for seven years and about half way through he asked me to take some horses to Melbourne and I told him that if I was going down there, I planned on staying.

“He agreed and now I’ve got a mortgage and a four and a half year old son (Harrison), so I’m not going anywhere soon.”

So, how did Williams end up with Valiant Spirit.

“Valiant Spirit is a half brother to Vergara that was trained by Anthony in Sydney to win a Group Three and the Listed Mona Lisa at Wyong,” Williams points out. “Both Valiant Spirit and Vergara were bred by a bloke in Queensland called Pat Carroll.

“Not to put too fine a point on it, Pat and I got on the drink at Flemington races and he told me that one day he’d send me a horse to train.

“Anyway, about 12 months ago he phoned and asked ‘have you got your trainers’ licence yet?’. The rest, as they say, is history.”

Well, maybe history in the making. Williams has mapped out a plan for Valiant Spirit which is designed to take in either the Group One Australian Cup over 2000m at Flemington on Saturday week or Group Two Alister Clark Stakes over 2040m at Moonee Valley on 16 March before a tilt at the Group One Australian Derby at Randwick on 7 April. Ambitious? So was the Autumn Classic.
Imagine a Group One victory at only your 10th start as a trainer?

Now, that would be Valiant!