Vanna Girl Is A Fox On The Run 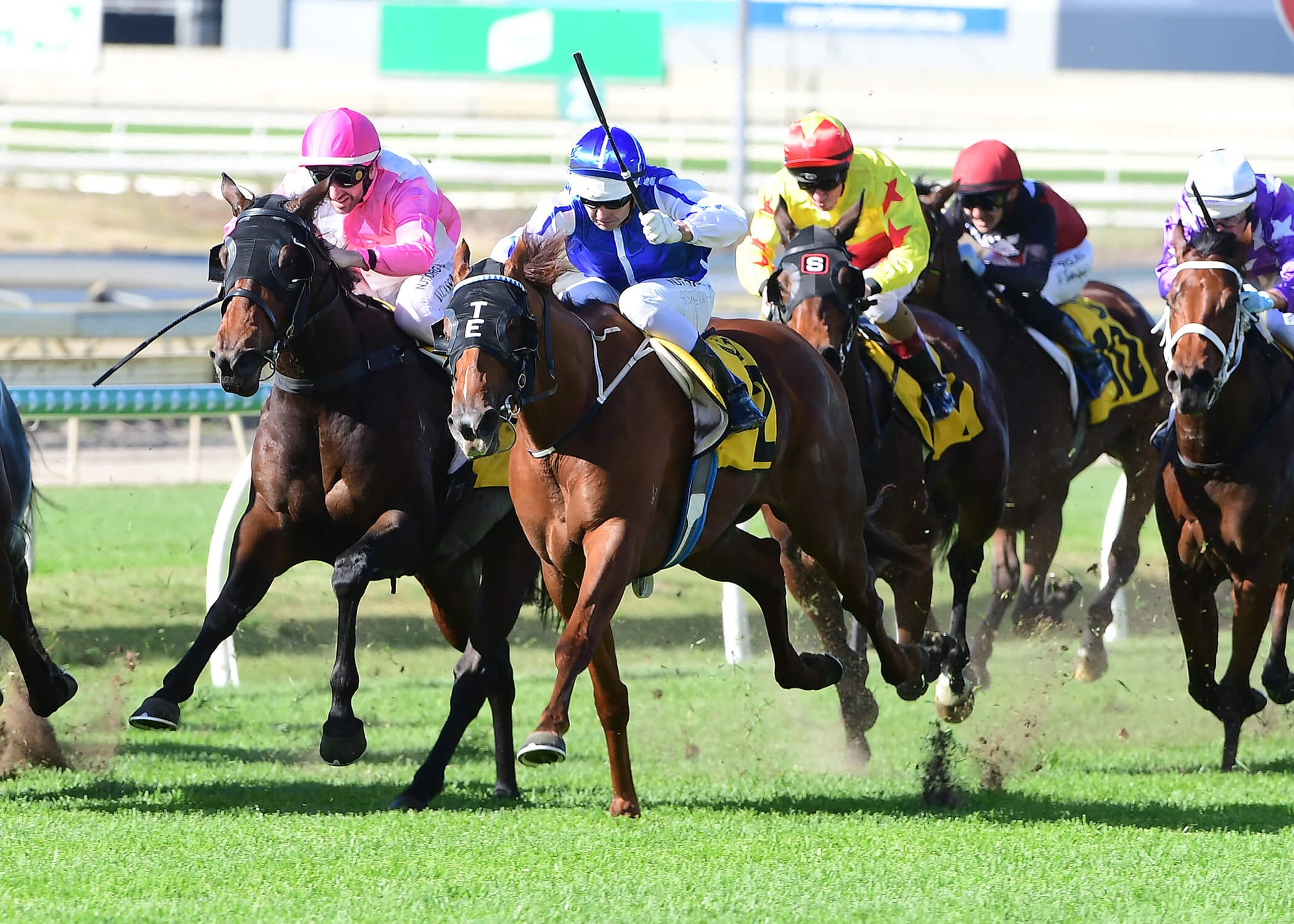 Darwin based, John ‘Foxy’ Robinson, has a lot on his plate at the moment.

Despite dealing with a life threatening illness throughout most of 2019, Robinson is in the process of building a $50 million, 200 room hotel at the Gold Coast airport, joining similar hotels he has developed in Sydney, Katherine, Broome and Darwin.

Awarded an AO in 2016 for ‘philanthropic contributions and fundraising’ it’s been quite the life for a bloke who started working in abattoirs at the age of 13.

Busy as he is though, Robinson took time to put his feet up and watch Vanna Girl – the exciting Husson filly which he bred and part-owns – capture the Listed Pam O’Neill Stakes over 1600m at Doomben on Saturday.

It was the Edmonds Racing trained filly’s third win in succession – her second black type win on the trot – and sixth win (along with two placings) from only nine starts.

And the manner of her victory on Saturday suggests much more is in store.

Born and raised in Western NSW, Robinson is proud of his humble roots and explains his involvement with the thoroughbred is in the DNA.

“I’ve always been known as ‘Foxy’ due to my red hair. Imagine being one of seven children and all the others had black hair? You don’t think I didn’t end up in a few fights as a kid!,” Robinson recalls. “Anyway, racing has always been in the family. My grandfather, father … even one of my uncles was a jockey.

“I started racing horses over 30 years ago and currently have around 30 in work – either fully owned or with a controlling interest – and half a dozen mares.”

Despite racing some good horses including the multiple Group placed, Prince Harada, Robinson is mighty keen to notch up his first Group One success and believes he has a rock solid chance with Vanna Girl.

“If programming hadn’t changed due to coronavirus, Vanna Girl would have been running in the (Group One) Queensland Oaks and not the Pam O’Neill on Saturday,” Robinson points out. “Still, that was a top field at Doomben – some very good fillies in it. Toby (Edmonds) has done a marvellous job with Vanna Girl and reckons she might now head to the (Group Two) The Roses (over 2000m) at Eagle Farm on Saturday week as the extra 400m will suit her right down to the ground.

“However, if he decides to spell her, there’s a lot of options in the spring.

“It’s certainly been a memorable few weeks. I got a treble on the Gold Coast and in Sydney on the Friday (8 May) and then Vanna Girl came out and won her first stakes race the day after. And now she’s won a second black type.”

The 16th stakes winner for Aquis Farm’s Husson, Vanna Girl is from Redoute’s Choice mare, Logan’s Choice – a multiple winner who has produced five winners from six to race.

“She has been a terrific mare but the best of them have been fillies,” Robinson explains. “I also raced Vanna Girl’s half sister, Plucky Girl (8 wins and stakesplaced), with Toby, but Vanna Girl could end up being anything.”

With $269,800 already in the bank – along with tremendous residual when she retires from racing – Vanna Girl was sold by Robinson, through Vinery Stud, for just $40,000 at the 2018 Inglis Classic Yearling Sale.

Vanna Girl as a yearling (Vinery)

“I’ve got the majority of my mares with Vinery and they do a fantastic job – great relationship,” Robinson adds. “They (Vinery) will be selling the Star Turn half sister to Vanna Girl at Round 2 of the Inglis Easter Yearling Sale in July.

“Logan’s Choice produced a Star Turn colt last November and, due to the late foaling, we didn’t have her covered in 2019. Vinery is getting her ready for a nice early cover this spring and, while I haven’t firmed up a decision as yet, she’s a good chance of going to their new kid on bloke, Exceedance (Group One Coolmore Stud Stakes).”

Commenting on Vanna Girl’s bargain price of $40,000, Vinery’s Adam White reveals: “She was a nice filly, but – if anything – lacked a little bit of strength, which is more than likely the reason we didn’t see her race as a 2YO.

“The Star Turn half sister heading to Easter 2 is, however, a bit stronger at the same stage of their respective preps and a bit more forward.”