Kennewells Win ‘One’ In Winterbottom 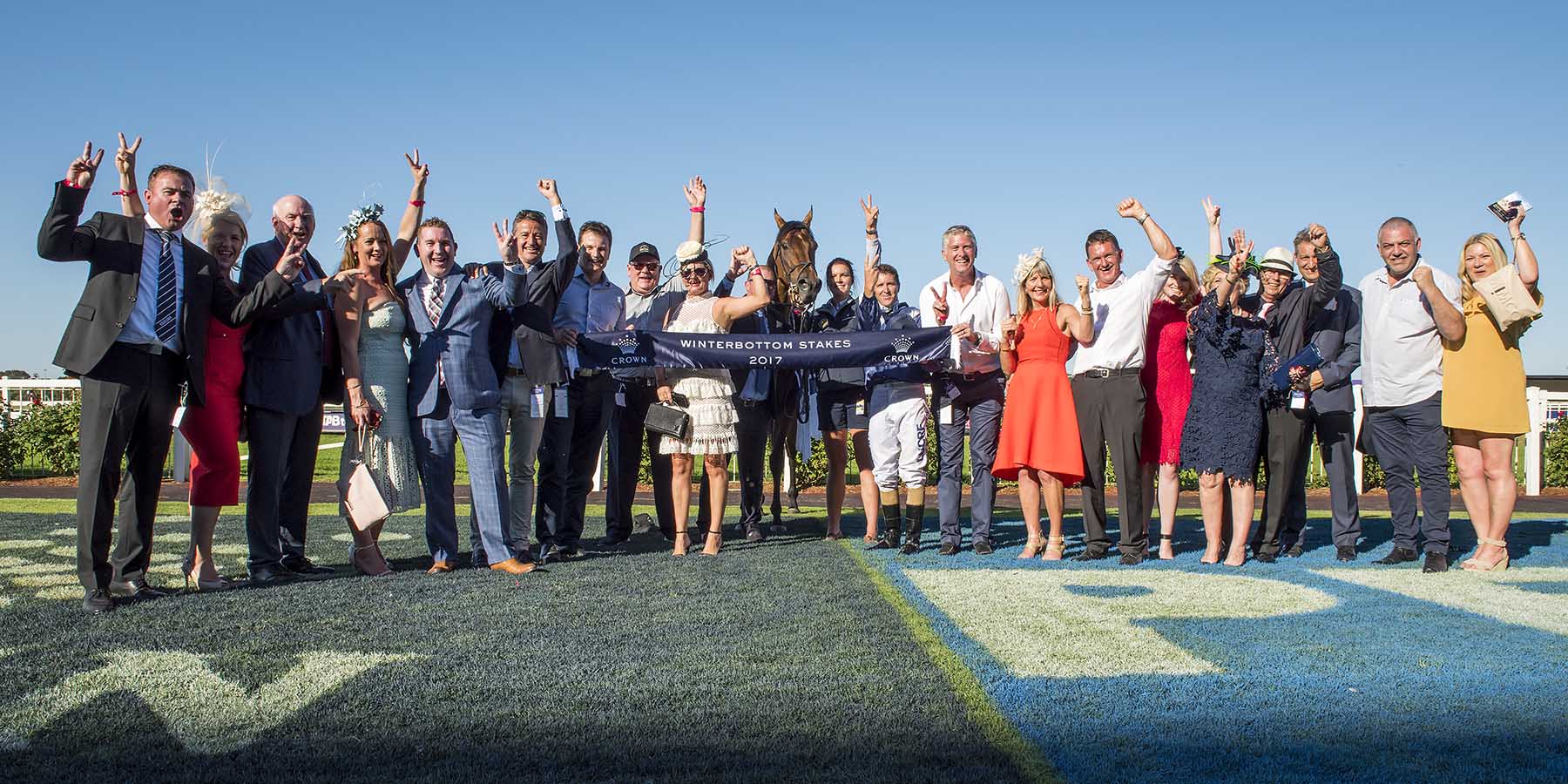 The old adage that good things come to those who wait, was clearly at play in Saturday’s $1 million Group One Crown Perth Winterbottom Stakes over 1200m at Ascot.

The 5YO mare, Viddora, had previously run second in the Robert Sangster … was second – beaten a whisker – in the Moir Stakes … and finished an unlucky fourth in the Manikato … all at Group One level. Close yes, but still no cigar. That is, until the Winterbottom.

Always promising, Viddora really showed her true colours at Ascot, storming to the front over the final stages and winning with a length and a half to spare.

However, while Viddora’s path to glory might have taken a tad longer than anticipated, this Group One was actually 46 years in the making.

Gary Kennewell, the father of Viddora’s trainer, Lloyd, took out his trainers’ licence in 1971, with his first winner coming in the shape of Bacchus, named after the Roman god of wine.

“It’s affected me ever since … both the win and the wine,” Kennewell says with a laugh.

Since that time Kennewell senior has trained over 1500 winners, but never one at racing’s elite level.

“Quite a few Group One placings and lots of Group Two and Group Three winners, but I’ve got to tell you, those Group Ones don’t come in Weeties packets,” Kennewell adds.

Similarly, it was a Group One breakthrough for Lloyd, who took up training 14 years ago at the age of 20 and, while both father and son have worked closely together from their Adelaide stable, it’s not a joint licence.

“I’m a bit more conservative than Lloyd and happy enough to pick up the black type races where I can, but Lloyd has really been chasing a Group One and it was fantastic to see him win one in Perth … couldn’t be happier,” Kennewell points out.

Indeed, it was something of a homecoming for the Kennewells as Lloyd was ‘bred’ in Western Australia.

“Things had gone a little quiet back home in Adelaide and I spent three and a half years working on the North West Gulf Shelf in the Pilbara Region around the time Lloyd was born, so it’s fitting in a way that the Group One was in Perth,” Kennewell reveals.

Viddora, who has now won seven of 23 starts with a further seven placings and $1,473,680 in prizemoney, was sourced from the Riva Ridge Stud draft at the 2014 Adelaide Magic Millions, ultimately knocked down to Kennewell Racing for $40,000.

The third Group One winner for Yarraman Park Stud’s boom stallion, I Am Invincible, Viddora is out of a 5-time winning Colombia mare, Snow Flight, a half sister to Kiwi stakes horse, Zeddane, and tracing back to the likes of Champion Sire, Zabeel.

“She (Viddora) was a lovely, scopy filly – a bit immature – but a really nice type. Ridiculously cheap as it turns out,” Lloyd Kennewell explains. “The I Am Invincible factor played a big role too. Viddora is from his second crop and we already had an I Am Invincible in Silent Whisper that ran third for us in the (Group Three) Maribyrnong Plate the previous spring. Silent Whisper didn’t have much in the way of a female pedigree, so when Viddora came along we didn’t hesitate.

“We’re good mates with Harry Mitchell, whose family run Yarraman Park and Harry is in another I Am Invincible I train called Via Balciano who won at Ballarat last week.

“I reckon we’ve got around 15 I Am Invincibles in the stable now! The way he’s going, can’t get enough of them. Hopefully some more like Viddora.”

The Winterbottom was also a Group One first for breeder, Riva Ridge Stud, in South Australia which is managed by John Hodgson.

Hodgson’s father, Terry, is a part-owner of Viddora and, nearly 48 hours on, was still on “cloud nine”.

“I purchased Riva Ridge in 1981 (200 acres at Keyneton) and we normally breed from eight or nine mares annually,” Hodgson points out. “We’ve had a bit of success over the years with the multiple stakes winners It Is Written and Golden Penny, but Viddora is the pick of the bunch.”

A retired anaesthetist (as were the owners of last week’s Group One Railway Stakes winner, Great Shot), Hodgson has had a life-long “obsession” with horse breeding and, when practicing in Canada early in his career, was invited to spend some time in Kentucky with the legendary breeder, Bull Hancock.

“I’m 75 now and have been involved in racing and breeding in South Australia for a long time,” Hodgson adds. “I raced horses with Dick Thornbury, who was the late Peter Hayes’s father in law and the vet at Lindsay Park, while I was also the club doctor at the South Australian Jockey Club and am currently on the South Australian Thoroughbred Breeders’ committee and do quite a bit with the Jockey’s Trust as well. I just love my involvement with the industry and days like Saturday are the cherry on the top.

“John does a terrific job with Riva Ridge … he didn’t come across to Perth because he was too focused on foaling down mares. All my other kids are academics, so I’m pretty lucky John shares my passion for the sport.”

Riva Ridge will sell a Magnus half sister to VIddora at the 2018 Adelaide Magic Millions Yearling Sale (“a very athletic, quality filly from a really beautiful mare” according to Magic Millions’ Adrian Hancock), while Viddora’s dam Snow Flight also has a 2YO colt (called Snowplough) by Fiorente and produced a colt in September by I Am Invincible’s Champion 2YO Colt in Singapore, Super One.

“There’s a bit happening around the family at the moment with Viddora and her half brother, Relentless Me, who won a couple of races in Hong Kong earlier this year, while Snow Flight has been covered by I Am Invincible this spring,” Hodgson explains. “Fingers crossed there’s another Viddora on the way.”

HOOFNOTE: Leading bloodstock agent, Cameron Cooke, has been closely associated with the Kennewells for a number of years and is a part-owner of Viddora. It’s been a big week for Cooke as he was also involved in the private purchase of Ballarat Cup winner, Grand Dreamer.