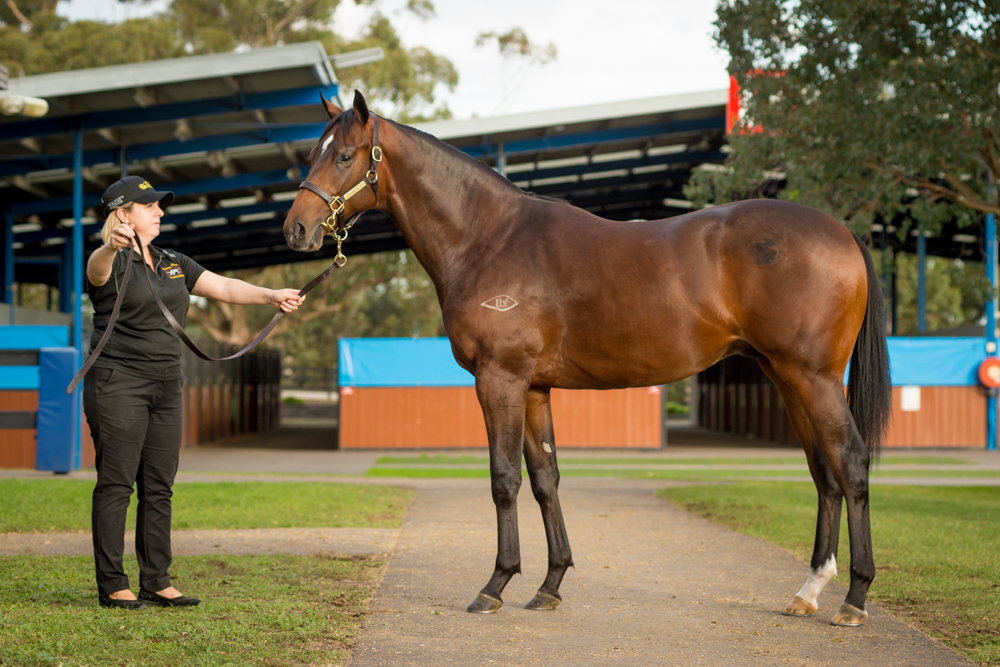 A rich ‘VOBIS Gold’ program at Caulfield on Saturday and the continued success of bargain buy, Desert Lashes, in Adelaide were the perfect primers for Sunday’s 2017 Inglis Melbourne VOBIS Gold Yearling Sale at Oaklands Junction.

And primed it was … by the time the last lot had gone through the ring that evening, Inglis had proudly proclaimed the sale as “unquestionably the best (VOBIS Gold) ever”.

Blue Gum Farm (aggregate) and Harvey Park (average) shared vendor honours on the day, while the most active among the buying bench was the ‘in form’ Alice Springs Turf Club which purchased seven lots.

(The Alice Springs Turf Club snapped up the unbeaten Desert Lashes for just $6,000 at the 2015 VOBIS Gold Yearling Sale, only to see her win an eighth victory in succession at Morphettville on Saturday – see our article here)

Naturally enough, Inglis’ Victorian Bloodstock Manager, Simon Vivian, was overjoyed with the results: “There is no doubting that this is the best ever edition of the Inglis VOBIS Gold Yearling Sale,” Vivian enthused. “There was plenty of positive and aggressive bidding and the atmosphere was right up there with a Premier Yearling Sale.

“Every yearling offered is Super VOBIS qualified, making them eligible for millions of dollars of bonuses.

“Our revised format was embraced by vendors and buyers alike, and provides a phenomenal foundation for the sale’s future.”