What’s In A Name…Plenty If It’s Chautauqua 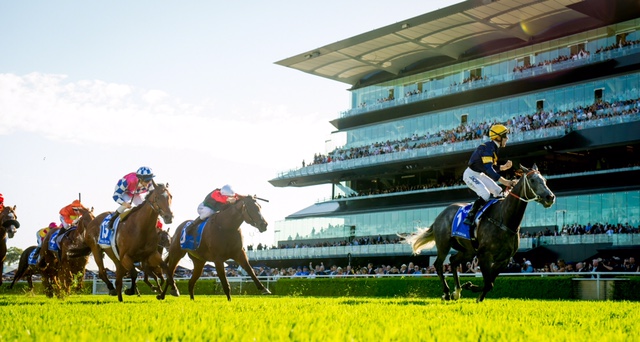 It is unlikely that anyone who attended Royal Randwick for the first day of The Championships on 2 April 2016, nor the vast numbers tuning in at home or in pubs, will ever forget the performances of two horses that day. Chautauqua and Winx. The latter because, well, we simply could not countenance defeat, and the former because we’re still trying to work out how he could possibly have not lost.

Owner Rupert Legh said he wasn’t worried when Chautauqua was last on the turn in the TJ Smith and sounded like he meant it. He is well aware of what the horse is capable of and, with something like 19 Group One victories as an owner sitting on his shelf, it would be hard to disagree with his ‘call’.

But while Chautauqua showed us, again, what he’s made of, many still don’t know what to make of the name.

Still, where did he come up with the name?

Legh points the finger at his son, Chris, a former world champion triathlete.

Legh tells the story of how Chris was competing in Hawaii and almost died after continuing to race despite an inflamed intestine that eventually went gangrenous.

It’s a new way to bust a gut, so to speak and, for ours, somewhat fitting that Chris should name a horse that shows similar traits in a tight finish.

Chris now resides full time in Boulder, Colorado, and a few years back both Leghs were sitting in a restaurant in the nearby township of Niwot, discussing what they should call the Encosta de Lago colt from Group One winning mare, Lovely Jubly.

(Speaking of Niwot, the town is named after an Arapaho Chief and also served as the name of a Sydney Cup winner owned by Legh).

Anyway, Chris thought they should name the Encosta de Lago colt, Chautauqua, which is the same name as a Park in Boulder.

Legh also pointed out that there is a Lake on America’s east coast that is also named Chautauqua and he’s had letters from locals asking about the horse. Evidently, it’s not just Australian racegoers that follow the four legged Chautauqua.

Legh also used to race Sky Heights, who won four Group Ones and “should have won several more”, but Chautauqua now starts favourite on the Legh honour board.

After all, what’s not to like? Storming from the clouds to snatch victory from the jaws of defeat. It’s not for nothing his silks carry a lightning bolt.

And now it’s off to Hong Kong and a possible showdown with Buffering before, perhaps, a tilt at Royal Ascot.