Have horse, will travel… 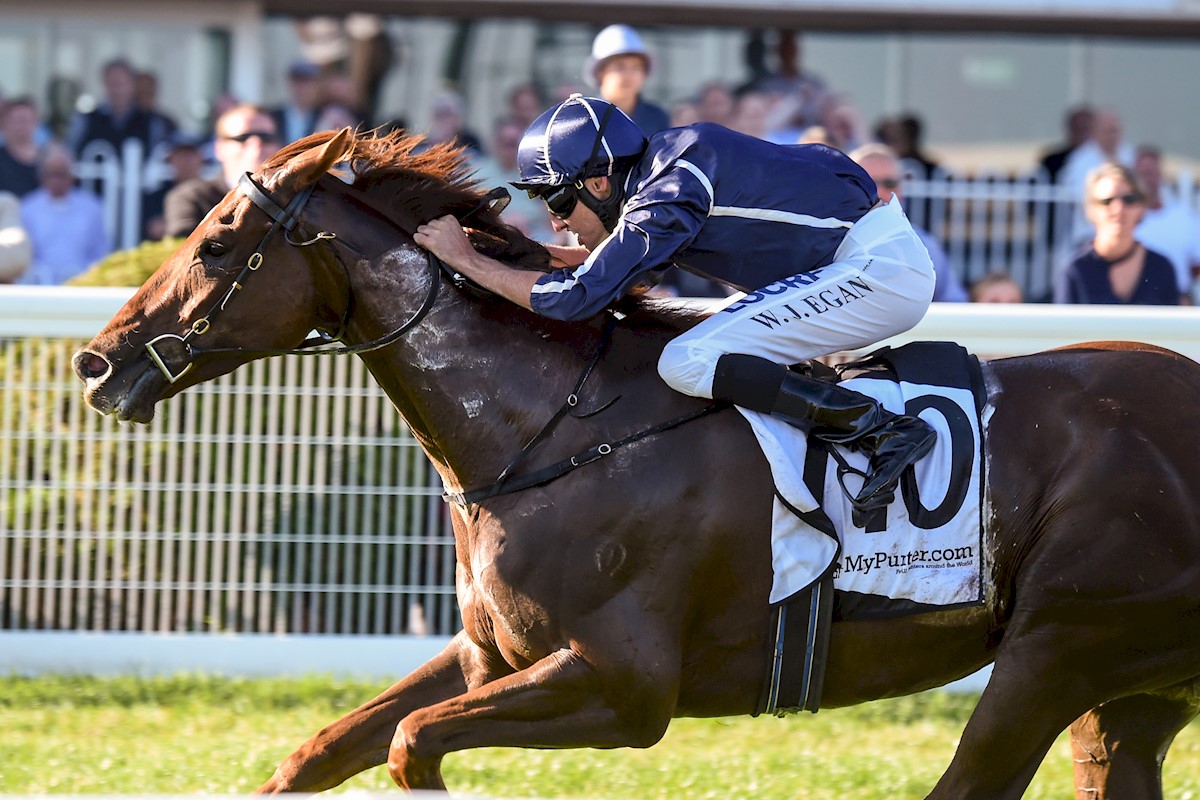 The township of Widgee in Queensland is a fair hike from Caulfield racecourse … 2000 kilometres give or take.

A long way to drive if you think you’ve left the stove on.

On Saturday, their fittingly named, Widgee Turf, won the Group Three MyPunter.com Victoria Handicap over 1400m at Caulfield, the first black type victory for the Patrick Payne trained 4YO whose record now reads eight wins and four placings from 16 starts, for $613,850 in earnings.

Indeed, Widgee Turf has won six of his last eight and, given that five of those have been in town, he is the most successful galloper – wins wise – in Melbourne this season.

Meanwhile, the toast of Widgee’s next assignment is the $280,000 VOBIS Gold Mile at Caulfield on 21 April where another $160k or so could jump into the kitty with a win.

It’s been some journey – literally and figuratively.

The McIntoshs have farmed the Widgee district – 30 minutes west of Gympie – for five generations, but Gordon and Marlene decided “on the spur of the moment” to make their first trip to an Inglis Sale and attend the Great Southern.

“Marlene and I are semi-retired and had a few picnic horses up around this way early on,” McIntosh explains. “In more recent times we also had shares in several racehorses trained in Victoria, but nothing much of note.”

“He was really bright and alert and I liked the Turffonteins,” McIntosh reveals. “What really got my attention though was the way he walked … really stepping out.

“The handler could hardly keep up with him and he was a colt on a mission. No-one seemed to want him when he got into the ring, so I put my hand up.”

Good move, as was his next decision in terms of picking a trainer.

McIntosh had long been an admirer of the Payne family and placed Widgee Turf with Patrick Payne at Plumpton west of Melbourne. Payne recognised the horse had ability from early on and phoned the owners, suggesting they might like to make the trip south to see the horse’s first run.

“Then we happily drove all the way home, which took us a few days,” McIntosh adds. “The trip’s always a lot shorter though after you’ve won.”

The McIntoshs have made the journey for other starts, including the $150,000 VOBIS Gold Star victory at Moonee Valley on Australia Day earlier this year, but Gordon left it to Marlene and other members of the clan to take centre stage at Caulfield on Saturday.

“I was just as happy to cheer on from the farm. He’s been a terrific horse for us,” McIntosh points out. “It’s all about small breeders, a bargain horse and a couple of dedicated owners. Great industry, isn’t it!”

Widgee Turf becomes the fourth stakes winner for the Blue Gum Farm based, Turffontein, and is out of the Kala Dancer mare, Greyhound, a granddaughter of Melbourne stakes winner and Group One runner-up, Winged Keel.

Widgee Turf is Greyhound’s final foal and was bred by Barb Ivill at her Wangaratta nursery, Little Plains Stud.

Once a major player in the Victorian breeding industry, the octogenarian Ivill has scaled back in recent years, but the farm’s sales graduates still produced a Group double on Saturday, courtesy of Widgee Turf the similarly evergreen, Shoreham (Reset).

In the only other feature at Caulfield and run 40 minutes earlier than the Victoria Handicap, Shoreham notched up his third stakes victory in the Group Three Le Pine Funerals Easter Cup over 2000m and taken his earnings to $769,985.

Trained by Saab Hasan, the 8YO Shoreham has raced on 60 occasions for five wins and 18 placings and, after being sold by Little Plains for just $45,000 at the 2011 Inglis Melbourne Premier Yearling Sale, is proving to be another tremendous bargain for owners.