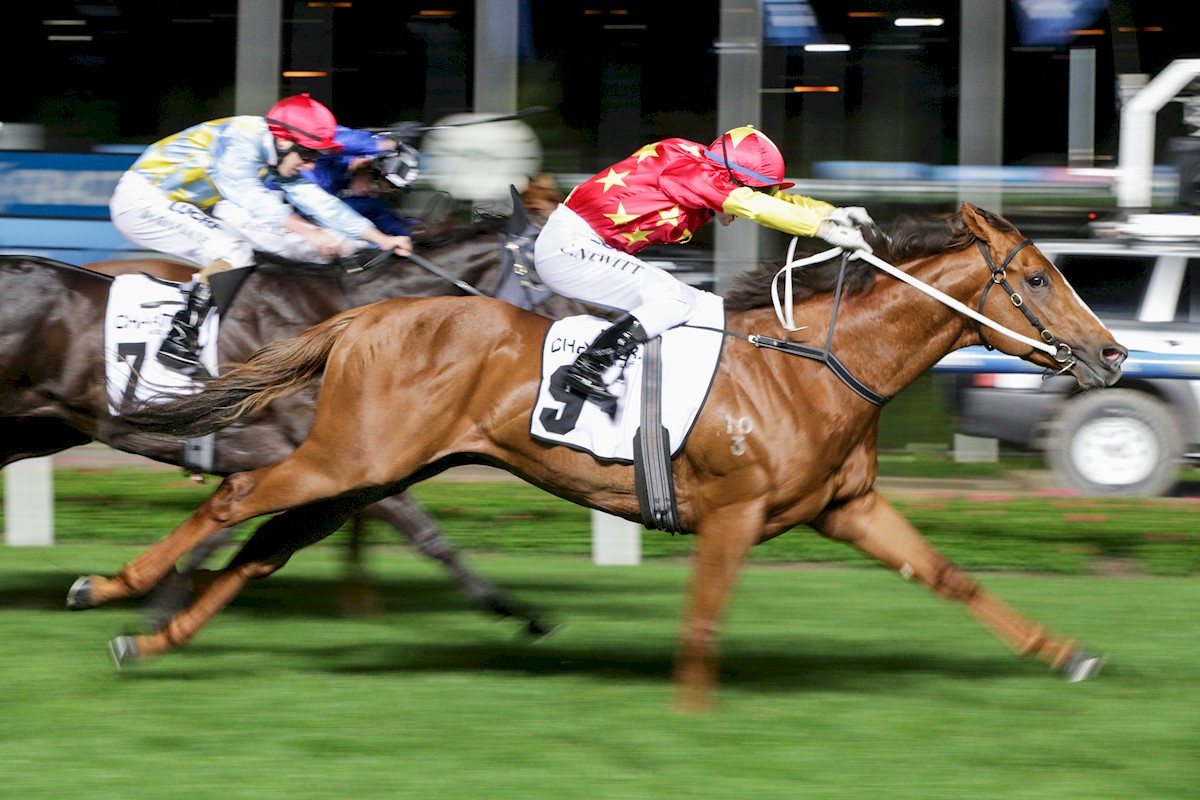 As Bloodstock Manager for Mick Price Racing, Wilkinson was told that if he liked him that much, he could bid to $80,000 for the colt.

“I really liked the colt … liked him a lot,” Wilkinson explains. “I’ve been with Mick for around 12 years now – the last six full time – and have purchased some 100 horses on behalf of the stable. This colt really stood out for me … I thought he’d turn into a good 2YO and he looked very sharp. Light on his feet and had a purposeful walk, which is similar to a lot of Mick’s good juveniles. Horses like Samaready and Perfectly Ready.

“Anyway, I got a bit of a ‘spray’ when I told Mick I’d spent 100 instead of 80 and a few more sprays after that when it took me six months to syndicate the horse,” Wilkinson recalls with a laugh. “All is forgiven now though.”

And why not: last Friday night the colt – named Extreme Choice – took out the Group One AJ Moir Stakes against the likes of Chautauqua and Buffering, having earlier in the year captured the Group One Blue Diamond Stakes.

Extreme Choice has now won four of his five career starts, over $1.6 million in stakes and, coincidentally, has emulated the deeds of Samaready who captured both a Blue Diamond and Moir.

The major difference between the two however is that while Samaready is now a highly valuable broodmare, Extreme Choice’s potential as a stallion places his worth in the many millions.

“That win in the Moir was really something special,” Wilkinson adds. “The thing to remember is that while the colt was knocked down to me, it’s a real team effort at Mick’s. Any success doesn’t fall on the shoulders of one person and for Extreme Choice to beat a field of that calibre is something we all share.

“It’s also great for the original owners and for Newgate Farm, China Horse Club and Aquis who have subsequently bought into the horse and are obviously set to reap the benefits.”

Indeed, the victory of Extreme Choice in the Moir launched another memorable weekend for the Hunter Valley’s Newgate Farm, which followed up on Saturday with Russian Revolution’s gutsy performance in the Group Two The Star Roman Consul Stakes at Royal Randwick.

Both Extreme Choice and Russian Revolution – who maintained his unbeaten record by holding off the favoured pair of Astern and Capitalist – race in the increasingly familiar China Horse Club colours which has formed a close relationship with Newgate Farm in recent years.

“Newgate, along with major stake holders such as the China Horse Club and Aquis Farm, bought into Extreme Choice after his Blue Diamond success and we’ll be finding a nice paddock for him when he eventually retires from racing,” Newgate Farm’s Bloodstock Manager, Mark Lindsay, reveals. “Naturally we were all cheering on Extreme Choice in the Moir – Mick (Price) and his team have done a sensational job with him – but Russian Revolution’s Roman Consul was also a big result for our operation.

“He (Russian Revolution) is a son of boom stallion, Snitzel, from a Group One family and that performance on Saturday was really incredible. Most thought it would be a tussle between (Golden Slipper winner and Champion 2YO) Capitalist and Astern (Group One Golden Rose) but Russian Revolution showed a dominant turn of foot and now his record is four from four.

“Well done to China Horse Club because they spotted his potential as a yearling ($320,000 Inglis Easter Yearling Sale) and he’ll now also be another star to join the Newgate stallion roster in the future.

“There’s hopefully a lot of racing before then though. All things being equal, Newgate Farm will be represented with three runners in the Group One Coolmore Stud Stakes on Derby Day, which has proven to be the No. 1 ‘stallion making’ race in Australia; Extreme Choice, Russian Revolution and Capitalist.”