Williams Duo Get The Chocolates With Home Bred 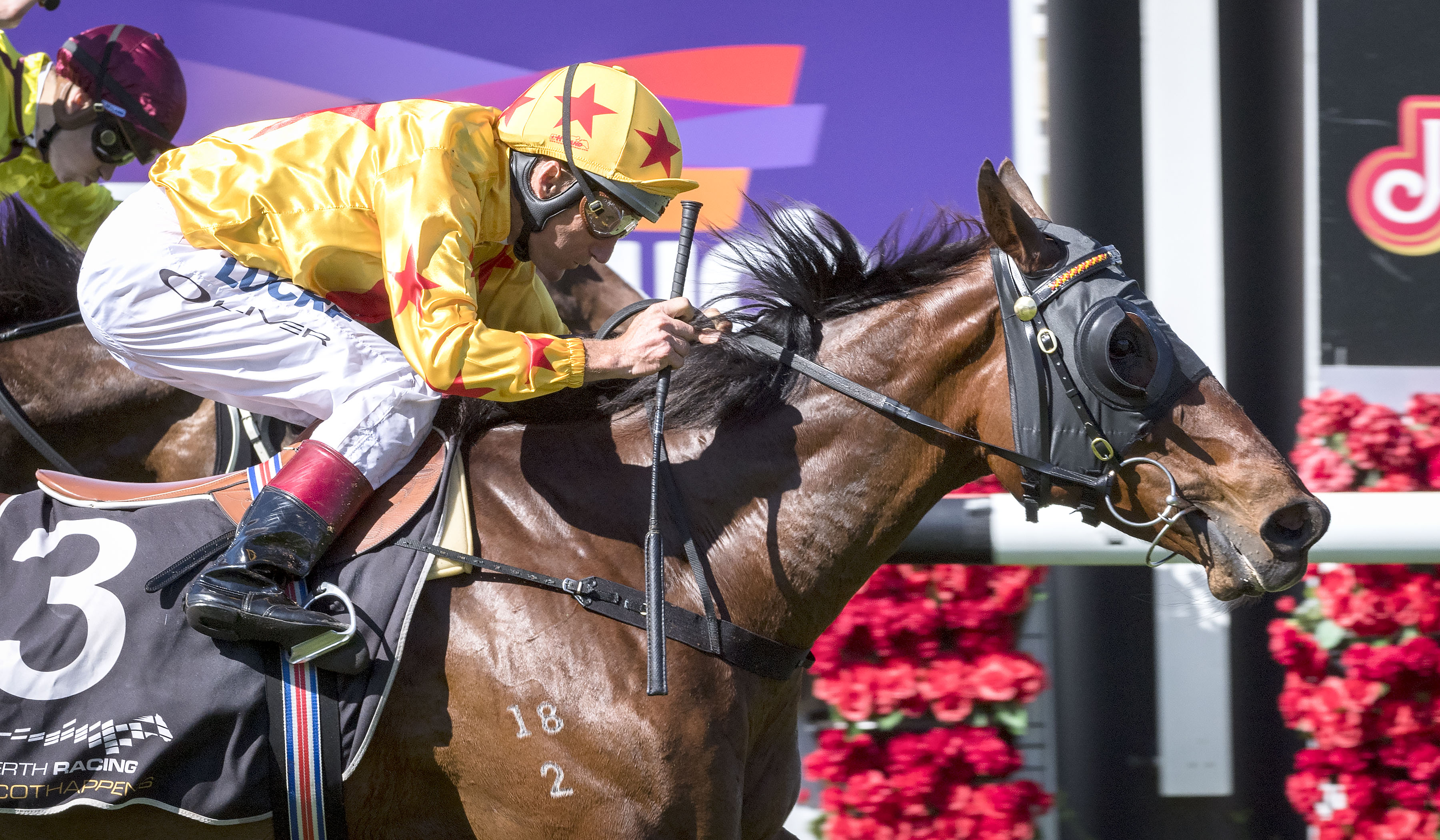 Perth trainers, Grant and Alana Williams, are right at home in Group One company with leading owner-breeder Bob Peters, but winning black type with Chocolate Holic on Saturday was something else again.

“He was going to the paddock after last week’s loss in the Ascot Gold Cup but we decided to give him one more run in the Carbine Club.”

Chocolate Holic was a market drifter with questions surrounding his ability to back up, at least until Damien Oliver sooled him to a half-length victory over former eastern states galloper Bass Strait.

“We kept asking each other whether we should nom again,” Williams continued.  “He was jumping out of his skin at the beach on Tuesday morning so we went ahead and then booked ‘Ollie’!”

Chocolate Holic is by Blackfriars and became the Scenic Lodge Champion’s 34th stakes winner in the Listed Northam Cup last month. Still in only his second prep, the gelding has won seven times in 10 starts for earnings over $305,000.

“We were buried away on the fence and then the leaders quickened away on the bend,” Oliver explained.  “I rode him for luck and switched across heels in the straight and he did the rest.

“Grant and Alana are great people and they’ve got a nice horse.”

Alana was instrumental in breeding their ‘nice horse’ from the Geiger Counter mare, World Famous, who had been transferred west from Murrulla Stud and her best in a half-dozen starts was a second with Alana (nee Sansom) aboard at York.

After retiring from the jockey ranks, Alana was given World Famous and she bred Chocolate Moon and Chocolate Holic before on-selling the mare to Dandaragan breeder Dan Rieusset.

“We entered her for a Magic Millions Sale after Chocolate Holic was weaned,” Alana recalled. “There’s wasn’t much interest, but as she was being lead away, Dan came up and made an offer we accepted.”

Grant and Alana still have all the bases covered with the family however: they own Chocolate Holic and his older half-sister Chocolate Moon (Cape North), who foaled a Blackfriars filly in September.

Rieusset is also happy with World Famous as her 2YO gelding by Deadly Storm is about to go into work and Rieusset decided to stick with the strength and send him to Grant & Alana at Karnup.