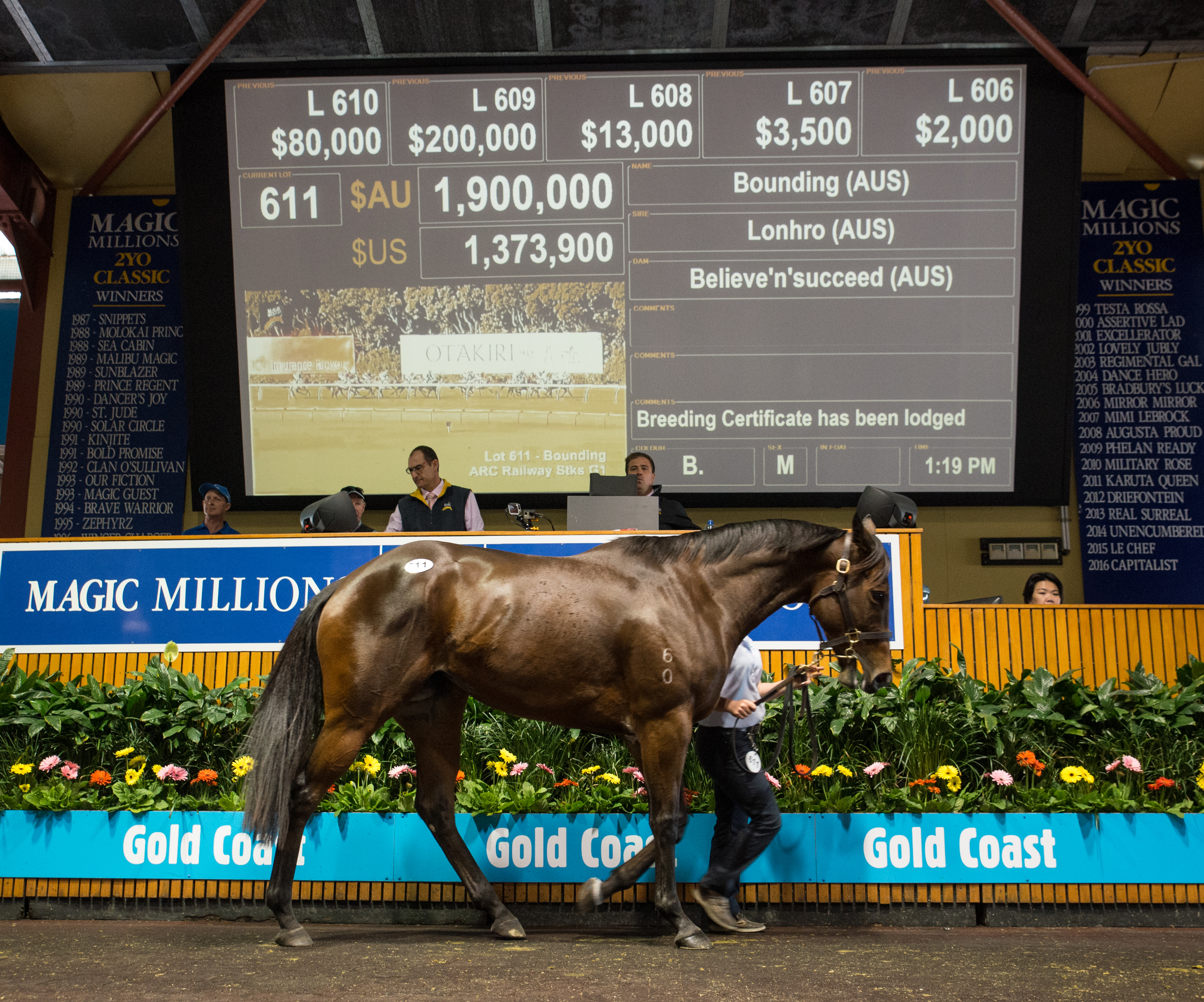 Glenn Burrows would be the first to admit it’s a fair hike from his old desk at Inglis to a paddock in Scone.

The son of a horse trainer, Burrows joined Inglis as a 16 year old, straight out of school, mad keen on pedigrees for as far back as he can remember.

Burrows would spend 20 years at Inglis – the last 12 as Bloodstock Manager – before deciding, in 2001, that a tree change was in order and initially purchased 240 acres north of Scone which has since grown to 630 acres.

Now, while dreams and reality can often be strange bedfellows in the thoroughbred industry, it didn’t take long for Willow Park to forge a name for itself.

Certainly Burrows’ ‘insider knowledge’, both in relation to what constitutes a commercial pedigree or saleable athlete, saw Willow Park rapidly become among the leading vendors at major yearling sales, but it’s a ‘switch’ to something of a niche area that is now pushing both Burrows and his farm into the forefront of Australian broodmare auctions.

“Yearling sale preparation and sourcing general agistment can be very competitive and I’ve always thought there was room for a more specialised approach to selling broodmares,” Burrows confides. “I’ve always had a keen interest in following fillies on the track. It goes way, way back and I follow pedigrees closely. Working at places like Inglis gives you a good grounding in pedigree research but it has become more like a hobby, a passion for me. I don’t consider that as work. I’m fascinated by researching and working out what’s commercial, what isn’t.

“So, about six or seven years ago, I really upped the ante and, on behalf of investors, started buying a few fillies off the track. I’ve got some terrific backers who just leave it up to me, their interest is purely as an investment. I source the fillies and mares straight off the track, I select which stallions to put them in foal to and then take them to the sale.

“Sometimes the returns can be negligible, but more often than not, they’ve shown a reasonable profit.”

He’s got that right! Burrows points out that in 2012, Willow Park had a turnover of $575,000 at the Gold Coast Magic Millions National Broodmare Sale, but just four years later, the yield was a tick shy of $8 million.

“I’ve done some checking and, apart from a couple of the major dispersals, I’m pretty sure that Willow Park’s gross at this year’s National is the highest aggregate by any vendor at a broodmare sale in the Southern Hemisphere. I’m really proud of the whole team, but it’s also been a magnificent result for the supporters of the farm.

“It was a tremendous thrill, particularly on a personal level, getting the $1.9 million for Bounding.”

Willow Park had previously held the Magic Millions record for the most expensive mare when selling Princess Coup for $3 million at the National Broodmare Sale in 2009 and was well on target for the top price in 2016, but got knocked off by the $3.4 million for Listen Here last Friday.

“These sales just continue to grow and the strength of the Australian market is tremendous. We (Willow Park) had about a dozen clients represented on the Gold Coast and with results like we experienced last week, they are very keen to keep re-investing.

“And while it’s great to get the big prices, I’m also really happy about our reputation as ‘sellers’. Willow Park has sold over 800 horses since we started, with something like a 93 or 94% clearance rate.”

Burrows cites the sale of Action Annie, in foal to Mossman and carrying super sprinter, Buffering, as one of the most satisfying results for his farm in terms of what was subsequently achieved on the track, but confesses the $1.9 million for Bounding probably best sums up what Willow Park is constantly aiming toward.

“The situation with Bounding really goes back to my interest – OK, my obsession – with pedigrees and closely watching fillies on the track,” Burrows confides. “I had been keeping an eye on a Group winning mare called Believe’n’Succeed and she put in a dud run one day, so I rang the trainer and asked if he’d be interested in selling her. We negotiated a deal and, when it came to deciding where to send her, I thought she’d match really well with Lonhro. As it turns out, I had a spare, and extremely inexpensive nomination, to Lonhro and this would be just one of those times when everything seemed to work.

“She would go on to become the Champion Sprinter in New Zealand and win over $650,000 before Gary Harding then asked us to sell her on his behalf via the Magic Millions ring.