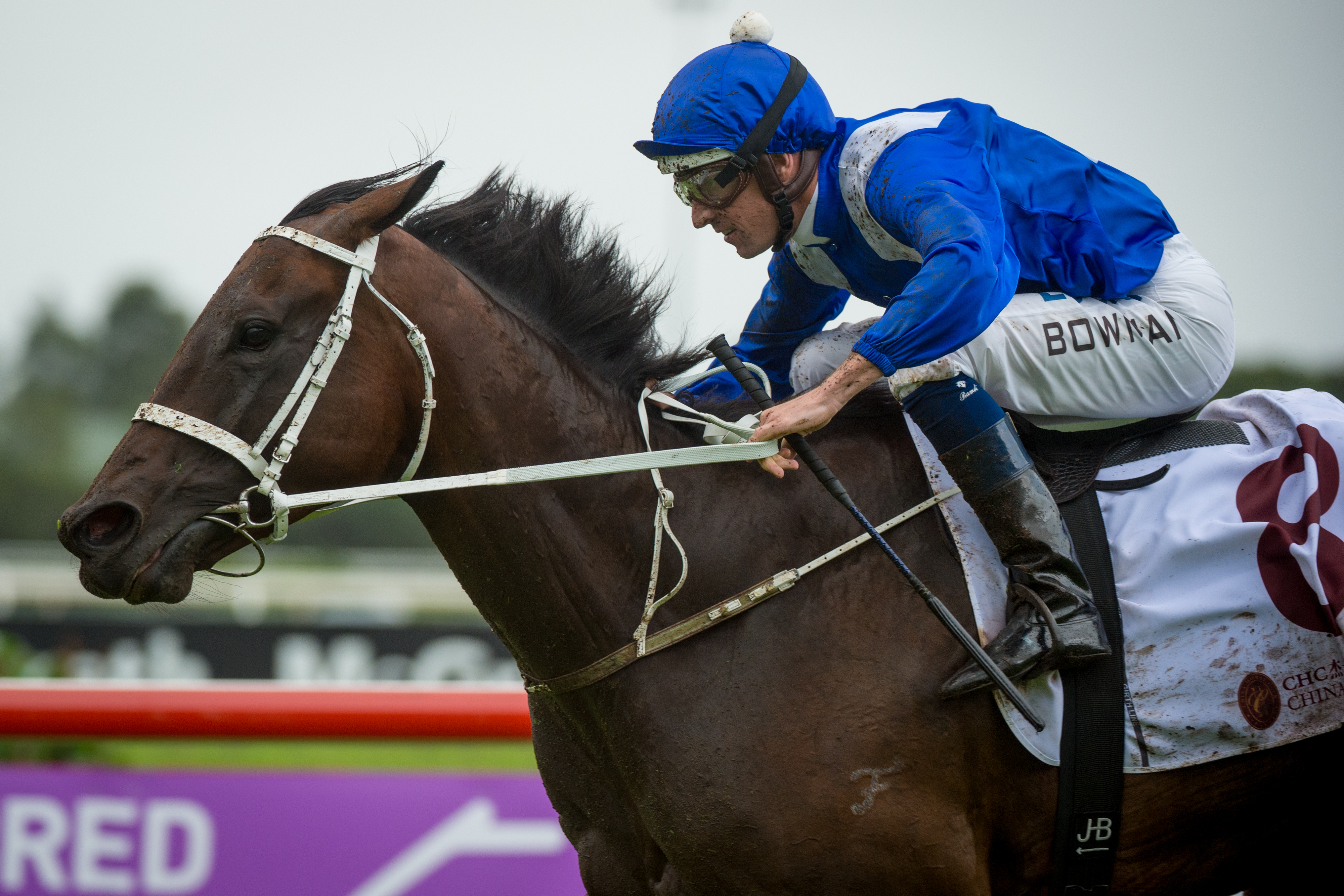 Jack Styring has seen a lot of races in his 88 years. A lot of good horses too.

He was keen to see a good one on Saturday and while he might have been a fair hike from Rosehill Gardens, Styring was glued to a TV monitor at Flemington from around 2.40pm to watch the Group One George Ryder Stakes (1500m).

The wonder mare, Winx, was going to either bring home the bacon for the 16th time straight or remain locked in history with another great of the turf in Bernborough.

Styring has memories very few can share in that he has witnessed first hand the deeds of both Bernborough and Winx, book ending a stellar and varied career which has included race calling, journalism, buying and selling horses and blogging. He’s even in the Guiness Book of Records for calling 60 Gunbower Cups, thank you very much.

It’s now history that Winx made it to 16 in the George Ryder and the authority of her win on Saturday makes you wonder – wet track or not – as to why you could possibly consider she wouldn’t.

But, then again, a 17-year-old Styring didn’t think Bernborough would get beaten in the 1946 Caulfield Cup either.

Bernborough had notched up his 15th successive victory in the Caulfield Stakes in fairly effortless fashion and now he was about to carry 10 stone, 10 pounds (68 kilos) in the Caulfield Cup …

“It was incredible … traffic was stopped getting into the track because they ran all these special trains out to Caulfield. Cars simply couldn’t go up the street due to all the people.

“He was an incredible racehorse. You’ve got to understand that this was all happening after five, nearly six years of war and people just needed a kind of escape … and Bernborough fit the bill in every way imaginable.

“They would even get 2,000 people to watch him at trackwork.”

Unfortunately, Bernborough’s streak ended when he finished fifth behind Royal Gem, with many in the crowd – not to mention the owner and trainer – blaming the ride of Athol George Mulley.

“The crowd was just stunned,” Styring adds. “Straight after the race they just made their way back to the trains and headed home.

“A lot of them thought Mulley had pulled the horse up, but he loved Bernborough. I think it was a combination of the huge weight over the 2400m and Mulley didn’t exactly get any favours from his fellow jockeys, to put it mildly.

“There was a strong rumour at the time that before the race Mulley had offered to swap rides with Darby Munro (3 Melbourne Cups & 5 Cox Plates) because he was under so much pressure, but Darby said no because he was on a hiding to nothing.”

Bernborough would fracture sesamoid bones in his near foreleg a couple of weeks later in the LKS Mackinnon Stakes and was retired from racing.

Somewhat fittingly, he was purchased by movie mogul, Louis B Mayer and stood at stud in Kentucky until his death in 1960.

As for Winx … her sweet sixteenth will hopefully become 17, 18, 19 and beyond because as trainer Chris Waller is keen to emphasise: “she’s just so special to be a part of – for all of us”.

Styring is in full agreement: “You only see these kind of horses come along all too rarely. You really can’t compare champions from different eras, but I will say this much, I have never seen another horse perform under those conditions that would have done any better than Winx did on Saturday.

“For mine, it matched her effort on a relatively good track in the Cox Plate, only this time she did it in an absolute bog.

“She has been trained masterfully by Waller and Hughie (Bowman) just places her in the race and she does the rest. I think she’ll just continue to re-write the record books and it’s such an amazing story.

“She doesn’t do the box office any harm either!”

Winx may have also added to racing’s lexicon with one fan telling a TV commentator that: “it’s the most exciting-ist thing I’ve ever seen!”

Styring, whose race calls included gems such as “baring his molars to the breeze” and “has his mouth open like a cod calling for its young”, would no doubt be impressed.