Winx Gets The International Nod 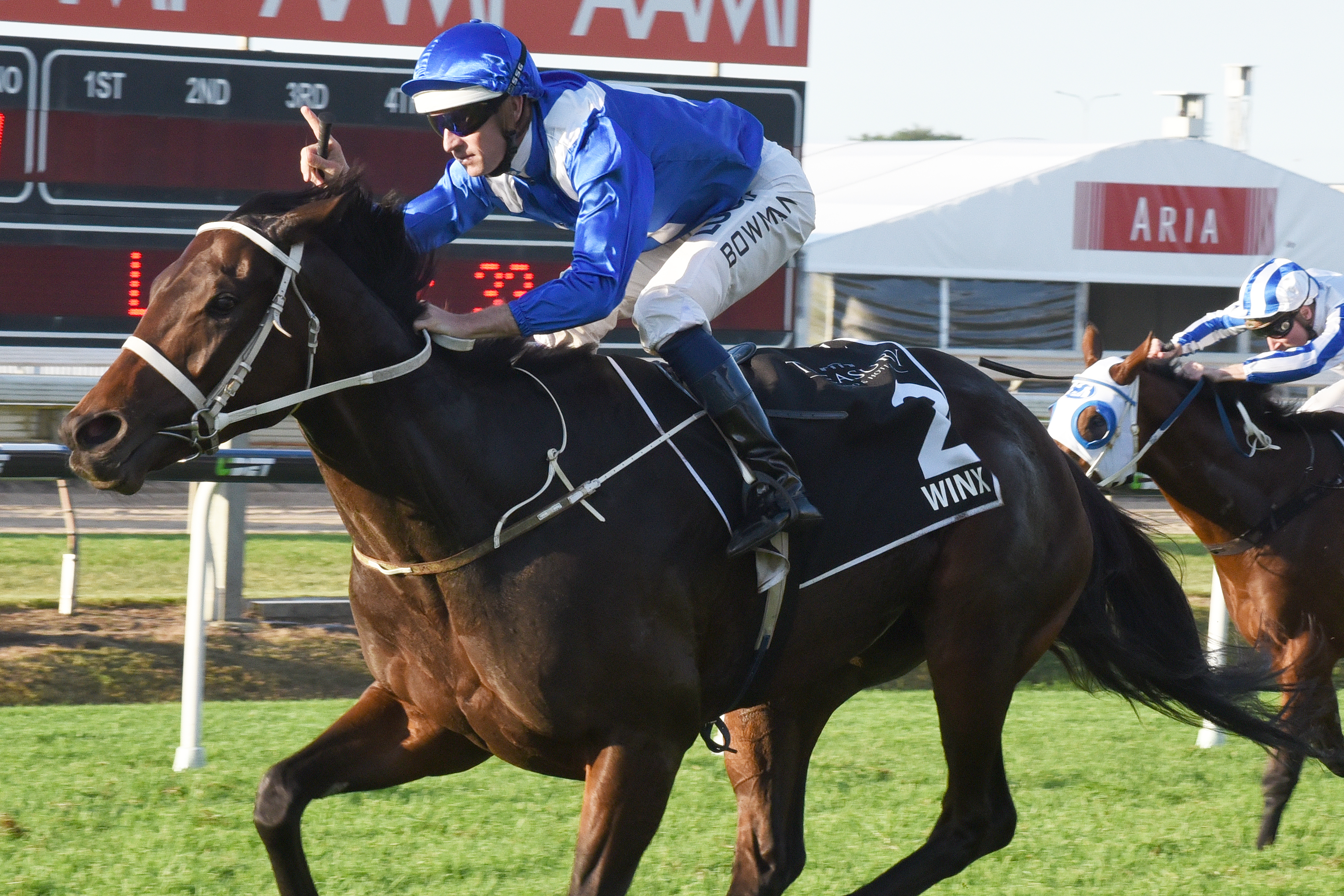 Chris Waller’s Champion mare, Winx, is the (equal) best horse in the world. Not just Australia, the world.

This will probably come as no huge surprise to any racing fan who watched her win the $3 million Doncaster Mile on 2 April, nor the George Ryder before that, the Chipping Norton before that, or – for that matter – any of the nine successive victories (including six Group Ones) since May last year.

Importantly, this assessment is hardly a result of patriotic fervour. The Longines World’s Best Racehorse Rankings is a cumulative study compiled by a panel of international handicappers, whose purpose is to coolly appraise performance regardless of venue.

In the latest rankings which cover the period from 1 January to 10 April, Winx and California Chrome share top billing on 126 which, in the case of the former, is the highest ranking for an Australian-bred & trained horse since Black Caviar last wowed the globe with a rating of 130 in 2013.

(Hong Kong trained but Australian-bred, Able Friend, achieved a ranking of 127 in 2014).

Racing Victoria Ltd’s Executive General Manager, long-time handicapper and Longines panelist, Greg Carpenter, said: “History tells us that generally the best performance in the world each year will rate in the very high 120s or 130-plus, but right at the moment Winx and California Chrome are the pace setters.”

Meanwhile, as far as Champion mares are concerned, only Black Caviar, Treve, Zenyatta, Rachel Alexander and Danedream have rated 127 or higher in the past decade and Carpenter sees Winx fitting comfortably among that group, adding that he’s confident she has what it takes if, or when, she competes overseas: “Winx hit a figure of 126 after giving 6kg to Happy Clapper and 6.5kg to Azkadellia in the Doncaster Mile and beating them easily with a margin.

“In the seven days since her win the form held up really well with Happy Clapper running third in the Queen Elizabeth and Azkadellia winning the Queen of The Turf.

“Winx doesn’t have to travel to prove how good she is, but it would be great for Australian racing if she was able to campaign successfully overseas,” Carpenter pointed out, adding that likely global targets would be the The Champion’s Mile at Hong Kong in May or the 1600m Queen Anne Stakes at Royal Ascot in June.

“I’ve got no doubt if she travelled well and was running to her best form, she’d be winning races like that.”

Among the latest rankings, Australia has two runners in the top four with the freakish performances of Chautauqua in both the Group One Lightning at Flemington and Group One TJ Smith at Randwick earning him an assessment of 121.

Another Australian-bred/Hong Kong trained runner in Contentment is equal 8th on 119, while Dubai hero, Buffering, is placed equal 14th on 118.

Carpenter feels that 121 for Chautauqua is likely to be on the move if he takes out the Chairman’s Sprint Prize (1200m) – against Buffering – in Hong Kong on 1 May.

“If he can beat a world class field in Hong Kong and beat them easily, and I certainly think he can do that, then I’ve got no doubt he’ll end up rated higher than the 121 that he currently is,” Carpenter added.