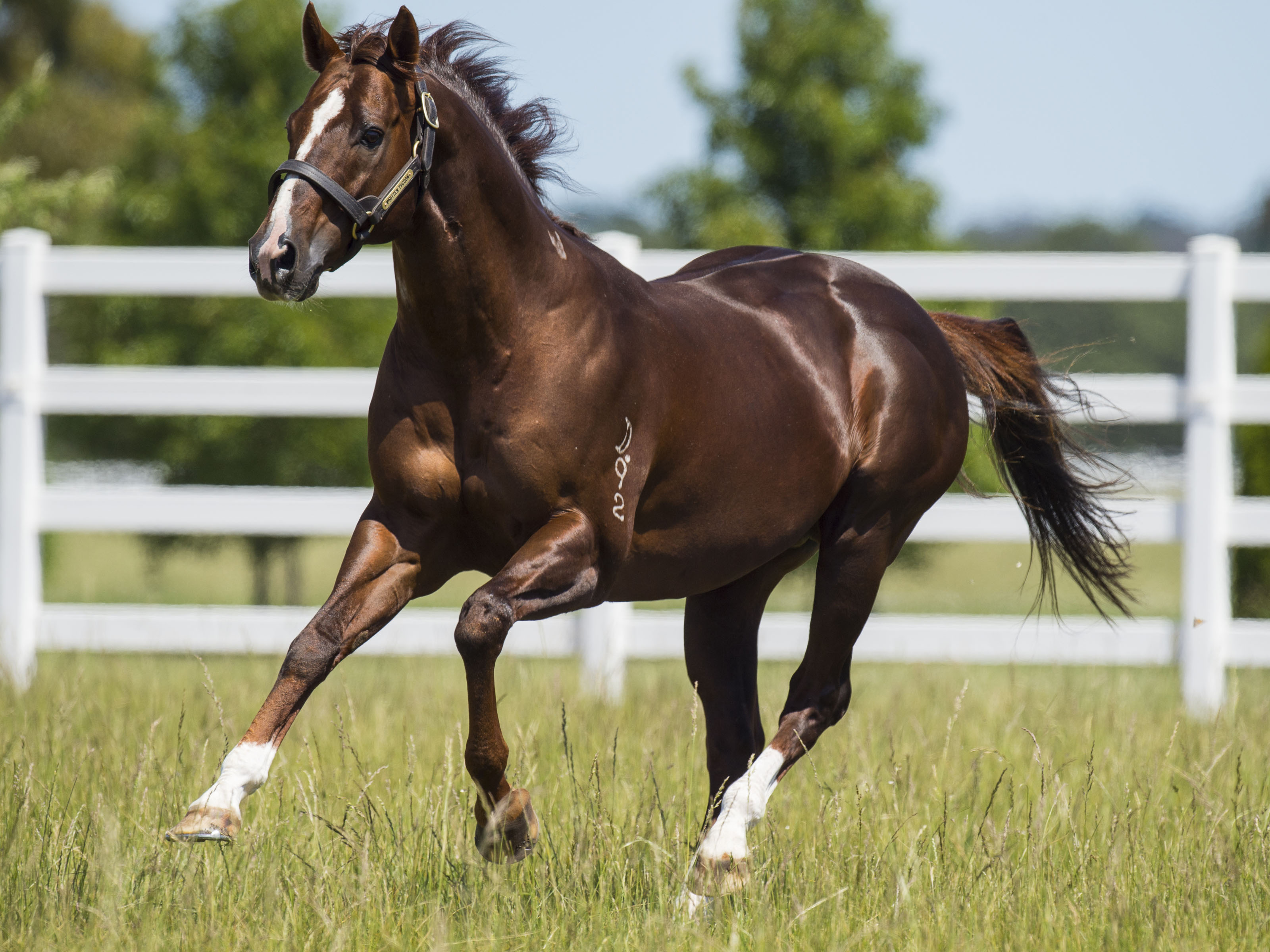 The law of statistics will always show that only a finite number of stallions will be successful at stud.

Furthermore, a stallion’s odds are improved markedly by a little thing we like to call ‘opportunity’: the better the books of mares, the better the chances.

So, from whichever angle you care to view it, Written Tycoon has defied all of breeding’s mores.

A Cinderella in horse shoes.

On Saturday, in the Group One $1.5 million Ladbrokes Blue Diamond Stakes, Written Tycoon sired his fifth individual Group One winner when Written By stormed home over the 1200m at Caulfield.

“Fantastic outcome on Saturday … great for Written Tycoon, great for the farm, great for Victorian breeding,” Rowsthorn enthused. “At one stage Written Tycoon might have been considered more of a ‘fillies’ sire, but he’s put paid to that in recent times with a (2016) Golden Slipper winning colt in Capitalist and now Written By.

“As a result, the last few seasons has seen not only many of Victoria’s leading broodmares remaining in the state, but quite a number have also come down from the Hunter Valley as well.

“We haven’t yet determined his fee for 2018 – that will be announced at Easter with our other stallions – but we’ll be keep his numbers down on previous years.

“The most promising thing is that he has been producing all these tremendous results from books covered at much lower fees … given the amount of support and the quality of mares just in the last two years alone, it will be very interesting to see what will be coming through.”

However, while Written Tycoon is doing his best to re-write history, it hasn’t all been beer and skittles.

Bred and sold by Daandine Pastoral (which also bred and sold Capitalist), Written Tycoon was knocked down to Grahame Begg for $50,000 at the 2004 Gold Coast Magic Millions Yearling Sale.

Written Tycoon is from the first crop of Last Tycoon stallion, Iglesia, a Silver Slipper winner who broke the track record for 1200m when capturing the 2001 Standish Handicap, while his dam, Party Miss, ultimately produced five winners, only two of which would win in town.

Getting his racing career off to (literally) a flying start, Written Tycoon won impressively on debut over 1100m at Randwick, catching the eye of fellow trainer John O’Shea.

“We (Iskander Racing) had a few horses with John and asked him to keep a look out for speedy types with stallion prospects,” Iskander’s Suman Hedge recalls. “We had a couple of stallions at the time but were really looking for something with the x-factor and, after Written Tycoon’s debut, John came back and said the colt was one of the fastest he’d ever seen at Randwick.

“Written Tycoon went on to win the (Group Two) Todman Trial and we managed to purchase him after he finished 11th in the (Golden) Slipper.

Written Tycoon was subsequently retired to stud in 2007, standing in Victoria at Eliza Park.

Shane McGrath, now CEO of Aquis Farm, but then stud manager at Eliza, remembers that first season and the difficulty faced by the sales team in securing nominations to the ‘new bloke’.

“I had first seen him in the spelling paddock and, while there was a lot of quality about the horse, he was fairly upright and far from perfect in front,” McGrath explains. “Anyway, we got him to Eliza and one of the first broodmare owners I got to have a look at him, someone I have a lot of respect for, said he didn’t want a bar of him.

“We were under a lot of pressure to get mares, but Eliza Park had an association with the Red Nose Day people and we did some promotions in tandem with the charity.

“We had the ambassador for Red Nose – media presenter Jo Silvagni – out to the farm and put this big, plastic red nose on Written Tycoon and took lots of photos. Didn’t move a muscle.

“Anyway, it certainly got a lot of attention in the mainstream press and the calls started to come in, but it’s fairly safe to say that a lot of the noms were sold at less than half price (advertised fee of $8,250). At least it got the phones ringing and we used every means known to man to sell them from there!”

Hedge concurs with McGrath’s recollections of the hurdles jumped.

“We had organised the syndication of God’s Own a year earlier and he too stood at Eliza Park, but at a much greater fee … $33,000,” Hedge adds.

“The bottom line is that we were throwing everything at Written Tycoon including up to 30 of our own mares to him every year – offering two mares for the price of one … three for one! We even had an offer where you could book in a mare to God’s Own and get two to Written Tycoon for free. And still we’d get knocked back.”

Despite the seeming reluctance of broodmare owners to jump on board, Written Tycoon eventually covered 118 mares and from that first crop sprung the Group Two winner Howmuchdoyouloveme, along with fellow stakes winners Trump, Vibrant Rouge and It Is Written.

He never looked back.

To resolve a partnership dispute, Written Tycoon was entered for the 2009 Inglis Great Southern Sale where he was knocked down to David O’Callaghan for $625,000 on behalf of Eliza/Iskander, while a latter sale in 2013 – for an undisclosed figure – saw Written Tycoon re-located to Victoria’s Woodside Park.

Written Tycoon would end up covering 226 mares that spring and, despite a lift in fee to $88,000 for 2017, he was fully subscribed way before the season commenced.

Amazing turnaround … from can’t give ‘em away to can’t get in.

Isn’t that the way history should be Written?